A 41-year-old Scottish woman who received a COVID-19 vaccine broke out in a severe rash that has left her in agony more than two weeks after her fateful jab, according to a report.

Leigh King, of Wishaw in North Lanarkshire, got her first dose of the Oxford-AstraZeneca vaccine on March 12 but is still suffering from intense pain from the rash, which covers her face, chest and arms, the Wishaw Press reports.

“My skin was so sore and constantly hot. I have never felt pain like this – it has been a horrible experience,” said the hairdresser, the mother of a 13-year-old autistic boy named Aidan.

“I am a very healthy person and am not on any medication or anything like that. I am not even in a vulnerable category,” King told the news outlet. “I only got the vaccine as I am an unpaid carer for my son, who has autism and mobility issues.”

She added: “I haven’t even been able to care for him since I got the vaccine as I am in such pain.”

King said she began to feel the alarming reaction almost immediately after receiving the shot at the Ravenscraig super center.

“It was a horrible feeling. Never in my life was I prepared for what I was about to experience,” she said. “To say it’s been the worst time of my life is an absolute understatement.”

She said a letter she received the day of her inoculation instructed her to seek medical help if side effects persisted after 48 hours.

“I went to Wishaw A&E but was turned away,” she told the newspaper, referring to “Accident and Emergency,” the equivalent of an ER.

“I went back twice more and the last time I was in such pain I could barely walk out the hospital,” King added.

She said the condition has seriously affected her ability to care for her child.

“Aidan has also found this whole thing difficult. He is scared to come near me because of how my skin looks and he struggles to understand what is going on,” King told the Wishaw Press.

“At home is his happy place and I am his best pal, I got this vaccine to care for Aidan but I haven’t even been able to do that,” she continued. “This has just been such a tough situation, and has been so physically and mentally draining for the whole family.”

King emphasized that she is not against vaccines but believes there has been a lack of follow-up care in her case and that there are many unanswered questions about potential side effects.

“I feel so let down on every level. I’m now waiting to see a skin specialist as it’s been such an extreme reaction and also need an eye test as my eyes are so dry,” she said.

“I wish there was more support for people if this happens to them,” King added.

A National Health Service spokesperson told the Wishaw Press that the agency is “unable to discuss individual patient care and would ask the patient to contact us directly to discuss their concerns.”

The NHS said in a general statement: “The vaccines approved for use in the UK have met strict standards of safety, quality and effectiveness set out by the independent Medicines and Healthcare products Regulatory Agency (MHRA).

“Any coronavirus vaccine that is approved must go through all the clinical trials and safety checks all other licensed medicines go through. The MHRA follows international standards of safety,” it continued.

“Other vaccines are being developed. They will only be available on the NHS once they have been thoroughly tested to make sure they are safe and effective,” the NHS added.

“So far, millions of people have been given a COVID-19 vaccine and reports of serious side effects, such as allergic reactions, have been very rare. No long-term complications have been reported.” 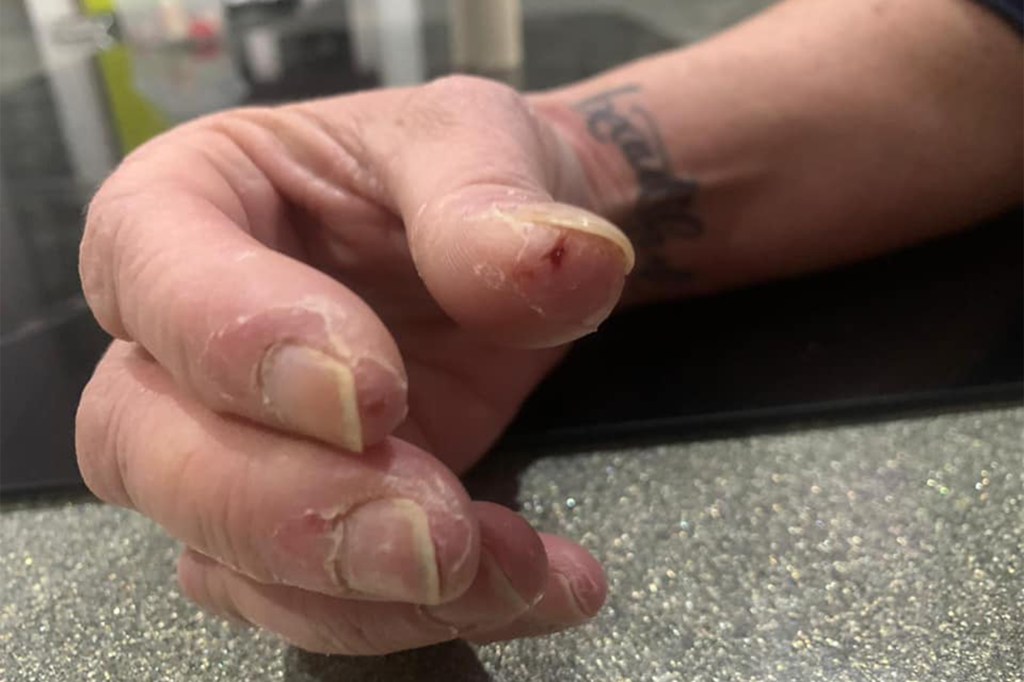 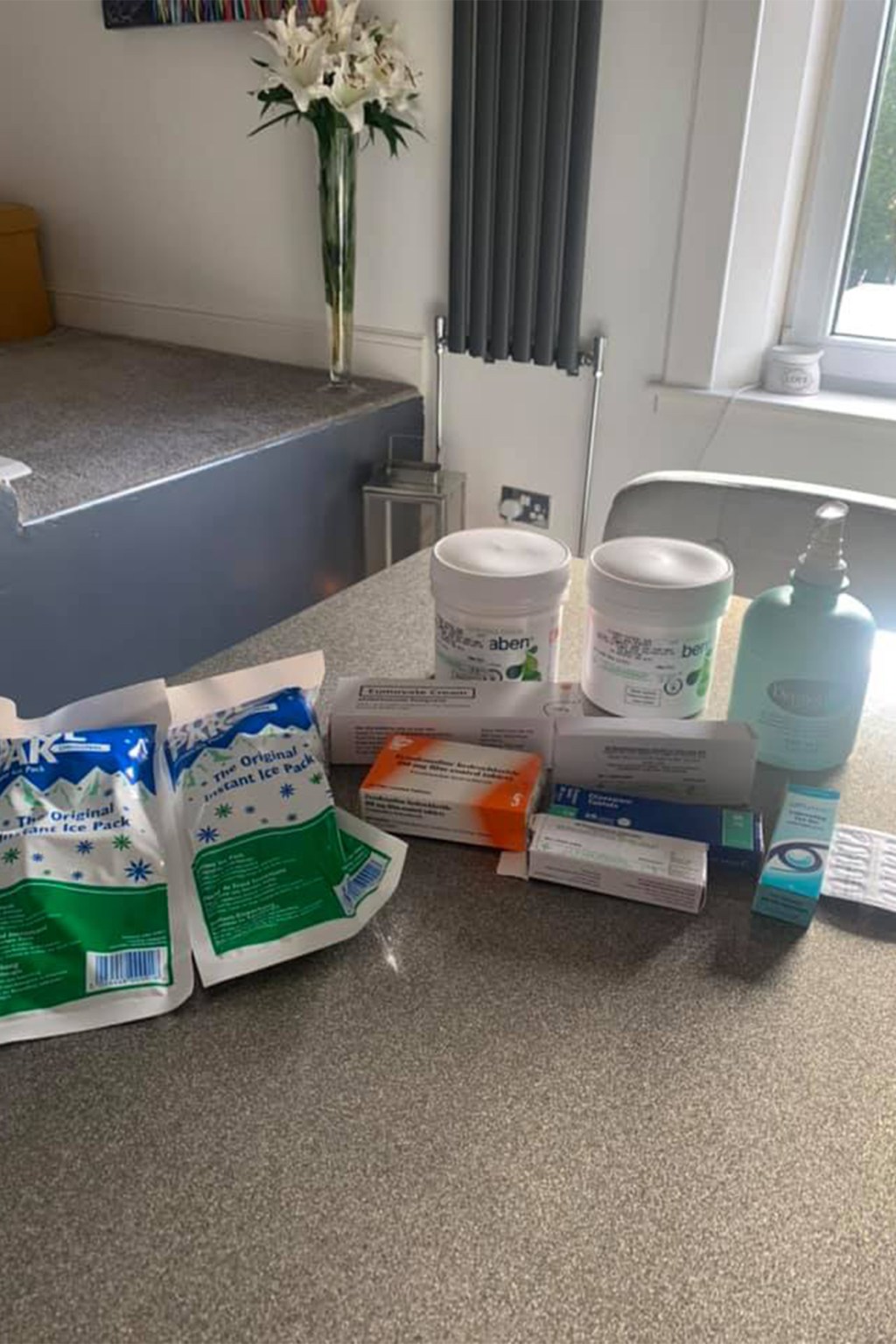 Ice packs and other supplies King used to try to relieve her symptoms.

More than one in 10 people who receive the AstraZeneca vaccine will experience tenderness, pain, warmth, itching or bruising at the site of the  injection, The Sun reported.

Itchy skin or a rash is less common, affecting about one in 100 people due to an inflammatory response, according to clinical trials cited by the news outlet.

For people who get the Pfizer vaccine, which uses different technology, a skin rash could be a sign of an allergic reaction to the components of the shot, according to a government website.

News about King’s painful condition comes after a report of a Virginia man who suffered a reaction to the Johnson & Johnson vaccine that caused a painful rash to spread across his entire body and skin to peel off.