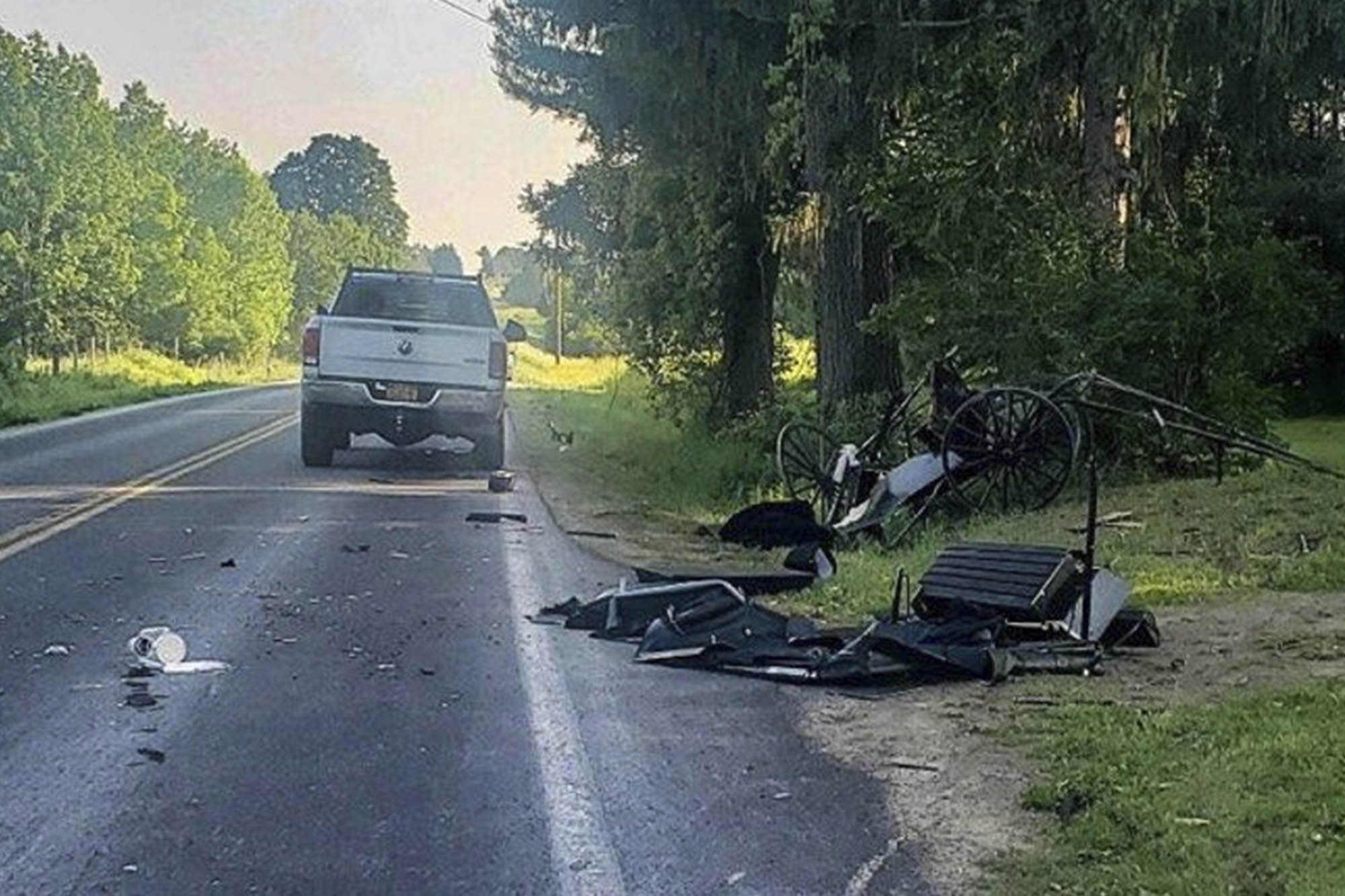 A young woman was killed and a man was injured when a pickup truck slammed into an Amish buggy in upstate New York, police said.

Susan Swartzentruber, 22, was pronounced dead at the scene in the Oswego County town of Richmond when she was thrown from the buggy shortly after 5:30 p.m. Sunday, New York State Police said in a press release.

Swartzentruber’s companion, Enos Hershberger, 21, was also thrown from the horse-drawn carriage and was taken to Upstate University Hospital in Syracuse with non-life-threatening injuries, police said.

Troopers said John Leathley, 31, was driving his 2017 Dodge Ram pickup south on Route 41 when he rear-ended the buggy.

Police said Leathley was not impaired at the time and no criminal charges have been filed in the case — nor are charges expected.