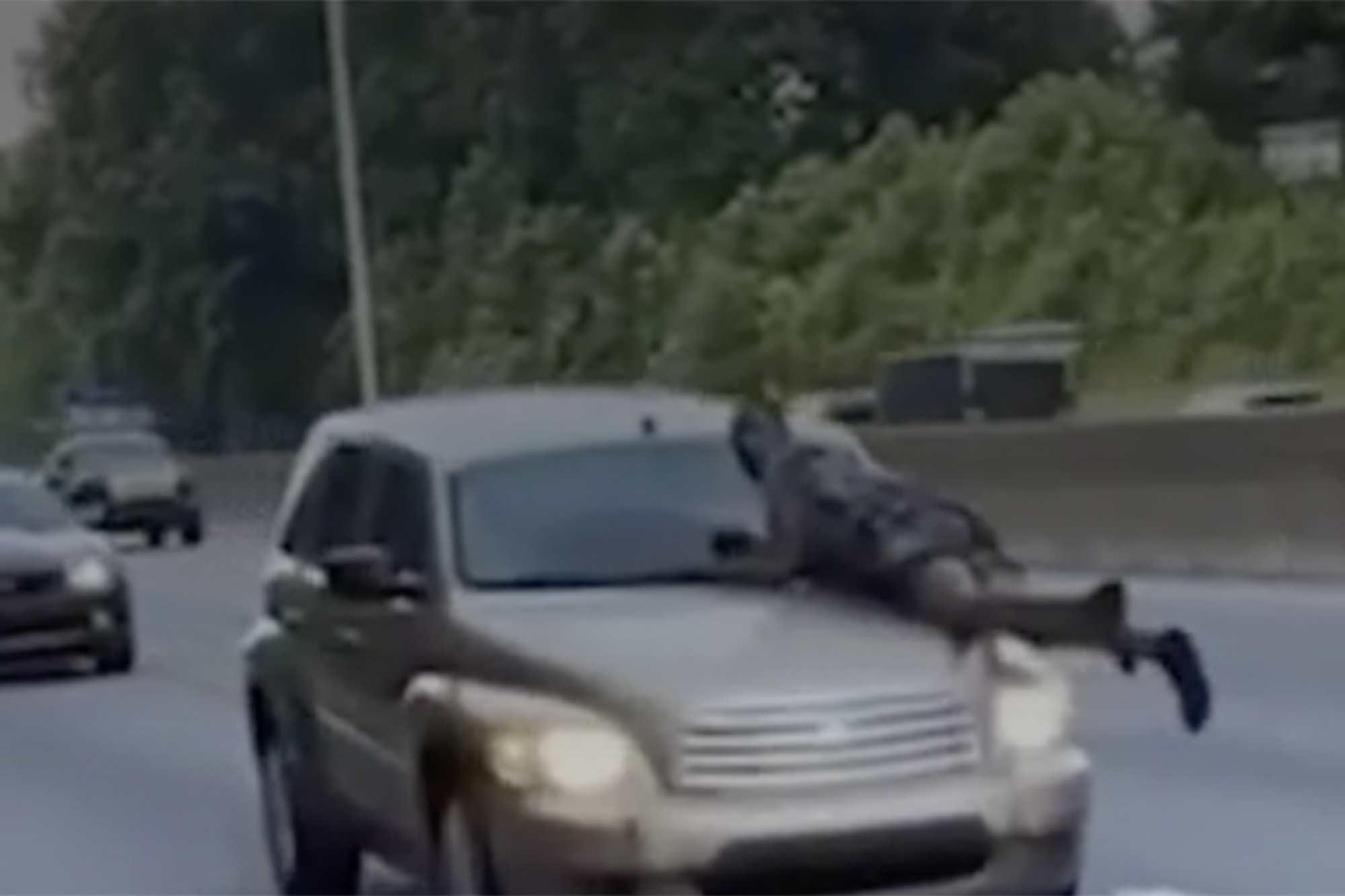 Wild new video shows a “terrified” man hanging on for dear life on the hood of a car as it flies down a North Carolina freeway.

The clip shows the unidentified man clinging to the hood of the car as it barrels down I-77 near Charlotte, WRIC-TV reported Wednesday.

“I see a cluster of cars,” the man who shot the footage on his cell phone told the station.

“I tried to go around them but there were a lot of cars,” said the witness, who asked not to be identified. “After I got next to them I seen a guy on the hood of the car. The man was terrified.”

According to the station, the wild scene stemmed from a beef at a nearby Circle K convenience store — with one of the combatants standing in front of the other’s car and refusing to move.

Minutes later, the man was spotted riding the hood of the speeding car, WRIC reported.

However, police said they have no record of the fight or the dangerous freeway ride –because the man who shot the video never called 911.

“I was on my way to work and I figured someone else would have because there were a lot of people,” he explained.

No one did, police told the station.