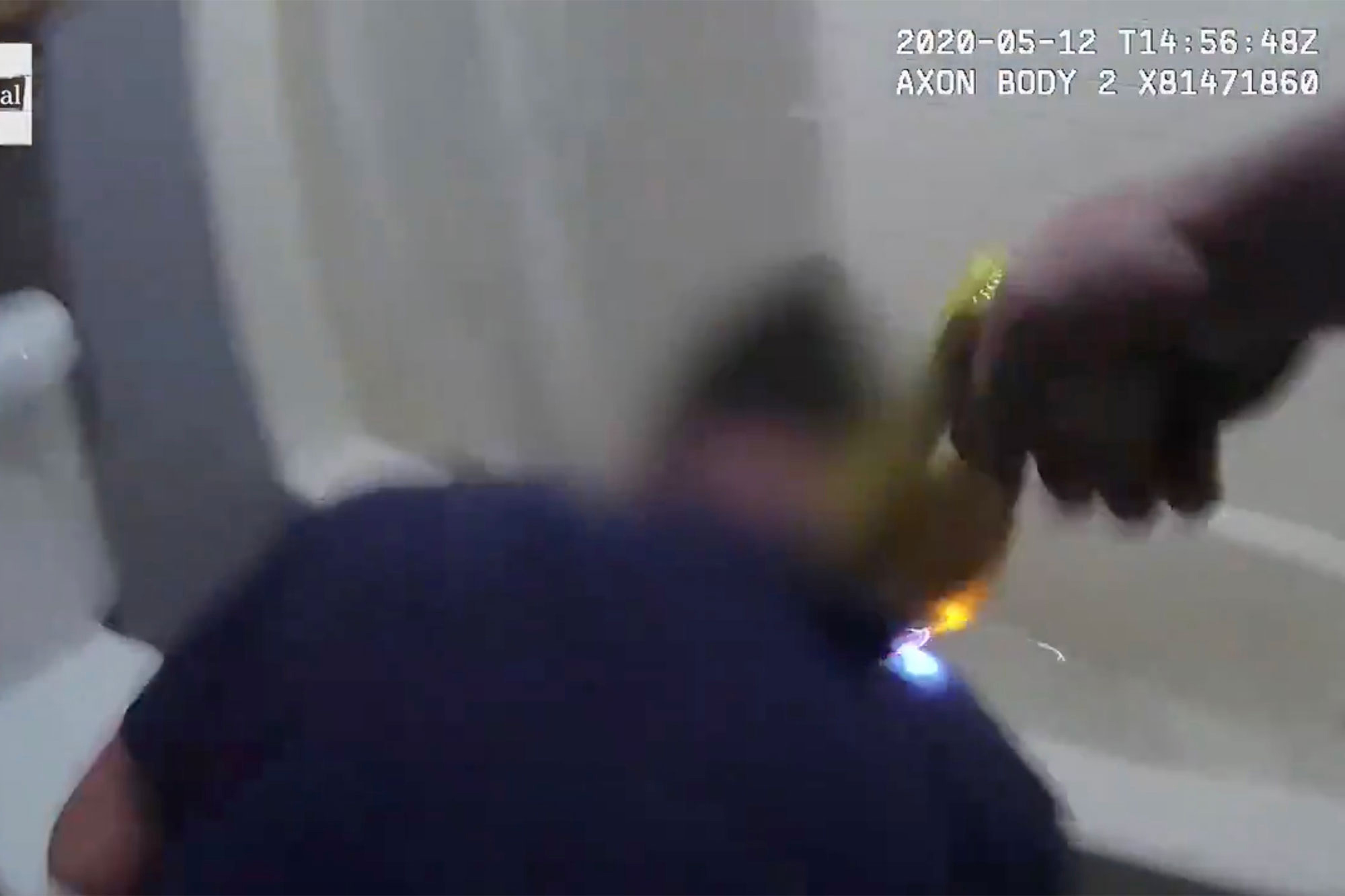 Newly released body-cam video shows a 16-year-old migrant boy getting tased by a Texas sheriff and called “El Stupido” while he was at a federally-run shelter for unaccompanied children.

The clip was captured at the Southwest Key Casa Blanca shelter in San Antonio in May 2020 after the Bexar County Sheriff’s office was called to the facility when the teen didn’t want to go to school, had broken a few things and was acting aggressive, Reveal reported.

The teen was in the custody of the Office for Refugee Resettlement, which places unaccompanied children with host families or federally funded shelters like Southwest Key, after he’d escaped gang violence in Honduras a year prior, the outlet reported.

Shortly after he illegally crossed the border, the teen was bounced around to five different shelters sponsored by ORR in California, Virginia and Texas and was stressed and anxious as he grappled with the new circumstances far from his family, the teen’s grandmother told the outlet.

When Deputy Patrick Divers arrived at the facility, he was told the teen was “super aggressive” and asked if the shelter wanted to press charges, which they said they did, the video shows.

Divers approached the teen, who was sitting in a bathroom and refusing to leave, the clip shows.

“If they’re going to take me, let’s just f–king get it over with,” the teen repeatedly yelled in Spanish, according to the video.

When another officer arrived at the scene, Divers announced “I’m going to tase this kid” — even as he sat on the toilet seat cover, motionless and not attempting to touch anyone else.

Divers ordered the teen to stand up and when he complied, he was tased for 35 seconds as he was adjusting the drawstring on his pants, according to the video, which also captured another deputy calling the kid “El Stupido.”

The refugee, who by then was dripping blood, was eventually cuffed on a charge of criminal mischief. It’s unclear what the disposition was in the case but the outlet said it’s just one example of a larger pattern of staff working on behalf of the federal government calling police on their charges.

An investigation by Reveal shows over the last six years, at least 84 refugee children between the ages of 11 and 17 and under the care of ORR were discharged to local law enforcement agencies.

Neither the shelter nor the sheriff’s office answered the outlet’s questions about the incident but an internal affairs investigation was launched after Reveal asked them about the tasing. It’s not clear if Divers has been punished for tasing the child.

In a statement, a spokesperson for Southwest Key said staff only call law enforcement if their de-escalation techniques aren’t working or if the kids present a danger to themselves or others.

Xavier Becerra, secretary of the Department of Health and Human Services, which oversees ORR, issued a statement to the outlet saying they don’t comment on “anonymous allegations,” even though the reporting came from a series of public documents obtained through a Freedom of Information Act request.

The Surfside debris has been cleared, but one victim is still missing. Her loved ones want answers.