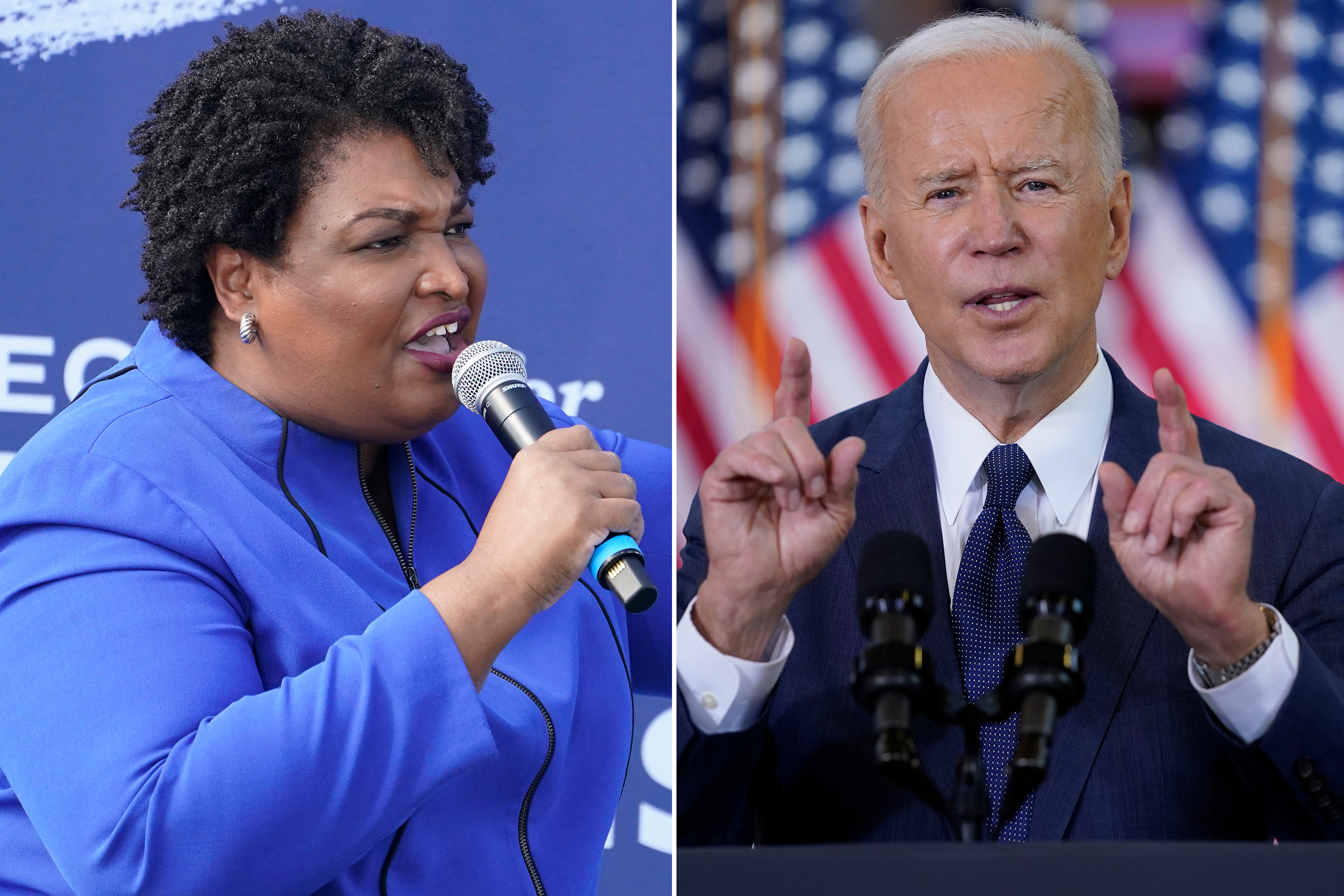 Voting rights activist Stacey Abrams is cautioning against a boycott of Georgia businesses over the state’s new voting rights legislation, calling it “not necessary” yet, as President Biden is singing a different tune.

Abrams, the state’s failed 2018 Democratic gubernatorial candidate, made her case against a boycott in an op-ed published Wednesday by USA Today, following weeks of public outrage, including from a large part of Hollywood and numerous corporations.

President Biden initially referred to the bill as “Jim Crow on steroids” the day after its signing, but went even further Wednesday night, saying he would “strongly support” moving the Major League Baseball All-Star Game out of Atlanta in protest.

“I think today’s professional athletes are acting incredibly responsibly,” Biden said in an interview with ESPN. “I would strongly support them doing that. People look to them. They are leaders.”

Abrams disagreed in her op-ed, arguing that while boycotts have worked in the past, she did not want such efforts to hurt local businesses and Georgia residents.

Still, she recognized the need to hold corporations accountable.

“Until we hear clear, unequivocal statements that show Georgia-based companies get what’s at stake, I can’t argue with an individual’s choice to opt for their competition,” Abrams wrote.

“However, one lesson of boycotts is that the pain of deprivation must be shared to be sustainable. Otherwise, those least resilient bear the brunt of these actions; and in the aftermath, they struggle to access the victory,” she continued.

“[B]oycotts are complicated affairs that require a long-term commitment to action. I have no doubt that voters of color, particularly Black voters, are willing to endure the hardships of boycotts. But I don’t think that’s necessary — yet.”

In Biden’s interview, however, he defended his support of a boycott by decrying the law itself.

“Imagine passing a law saying you cannot provide water or food for someone standing in line to vote. Can’t do that? C’mon,” he told the network, “Or you’re going to close a polling place at 5 o’clock when working people just get off? This is all about keeping working folks and ordinary folks that I grew up with from being able to vote.”

Both Biden and Abrams’ statements came after the CEO of Georgia-based Delta Airlines came out in opposition of the new law, calling it “unacceptable” and “based on a lie.”

The MLB players union announced that it was considering moving the All-Star Game out of the Atlanta Braves stadium.

Animals and humans on a collision course (sometimes literally)

Animals and humans on a collision course (sometimes literally)