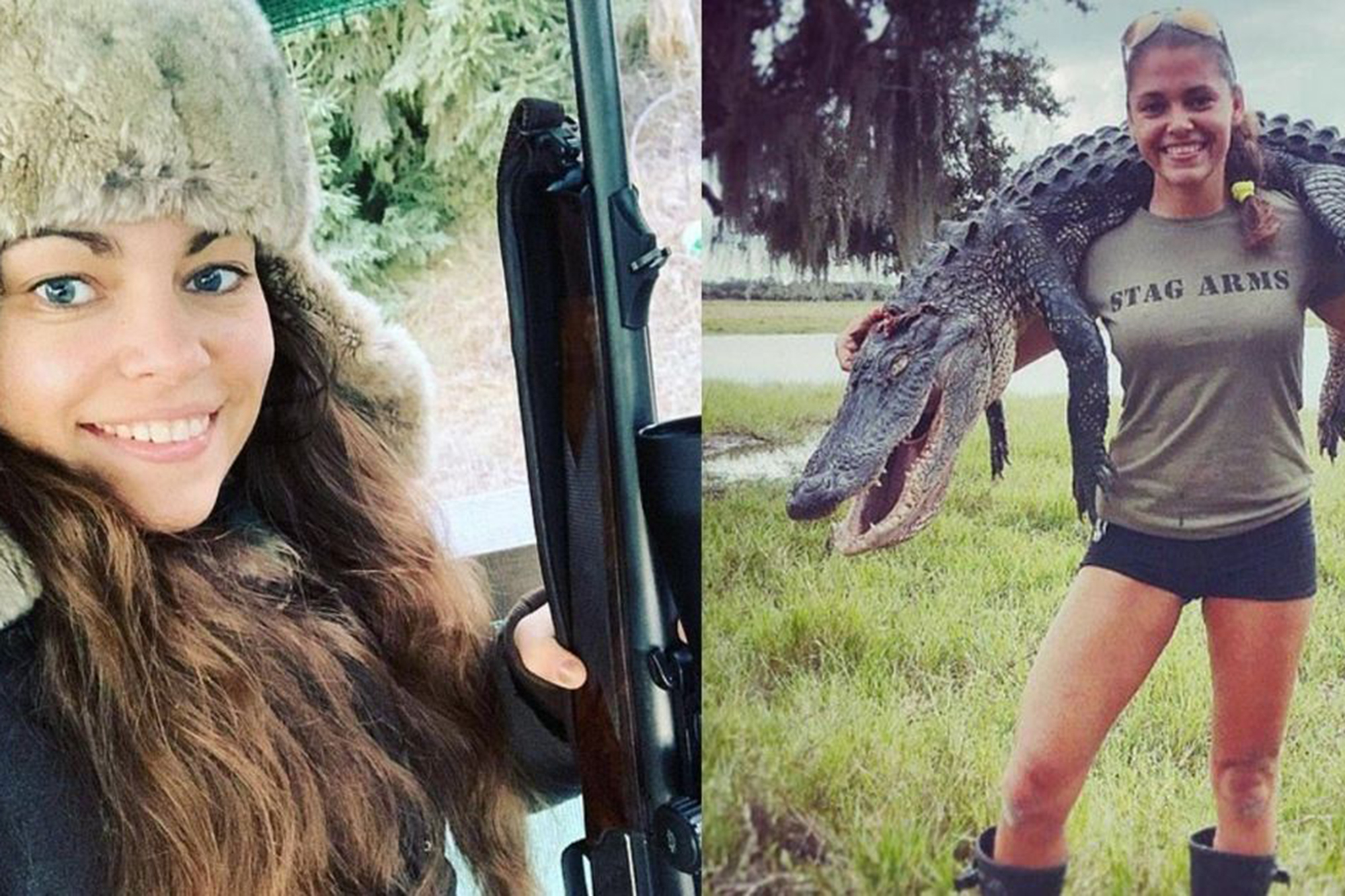 OnlyFans hunter Michaela Fialova made an appearance on British morning TV, defending her controversial career in the face of outraged viewers.

According to The Mirror, OnlyFans hunter Michaela Fialova spoke with “ITV This Morning” hosts Phillip Schofield and Rochelle Humes about her career showing off dead animals and herself in skimpy lingerie without reservation.

“There is literally no reason to give this woman air time #ThisMorning,” one viewer wrote of Fialova.

“#thismorning are going to have lots of complaints. Who approved having this idiot on the show?” another asked.

“Can’t believe what this stupid woman is saying!!! Get her off NOW!!!! #ThisMorning,” one posted.

“Thank goodness you’re there to kill them all!” he told Michaela at one point, before sarcastically asking her: “You’re playing God with your rifle?”

“What came first, the conservation or the killing?” he also snarked, with Fiavola apparently oblivious to his tone and saying her hunting was actually helping to protect the animals.

The Daily Star wrote that viewers were also impressed with guest host Humes’ confrontation of the model.

A third commented: “Well done Rochelle for defending your corner and holding this stupid woman to account.”

Humes told OnlyFans hunter Michaela Fialova: “You’re a self-declared animal lover and for someone who has always loved animals, I know Phil does too, I teach my children to respect animals and to love animals, do you not feel—”

“What is loving animals to you?” Fialova interrupted.

“To respect them, to care for their lives. Do you not feel sad making those kills? Is it not something that comes very hard to you to do that?”

According to The Daily Mail, Fialova is raking in approximately $4,000 a week from her dead-animal centric OnlyFans account.

Earlier this year, she began sharing ‘sexy’ snaps online, posing with dead crocodiles, giraffes and zebras in skimpy outfits and lacy underwear, and said she was ‘overwhelmed’ by how much she could earn through OnlyFans.

Female hunter who makes £3,000 a week from OnlyFans photos of her with guns and dead animals claims she only posts the racy snaps to raise money for conservation charities

OnlyFans hunter Michaela Fialova has insisted her hunting is good because it helps control animal populations.

“Always you need to manage the population and everything else must be taken out, it’s the same everywhere in the world,” she told “This Morning”.

“You don’t want overpopulation – especially in the wild – as it can lead to a struggle for water and food if there’s too many of the same species, which is why I do what I do,” she said previously.

“My friend, Sandra, suggested to me a few months ago about OnlyFans because I had already adopted the nickname sexy hunter because I post risqué pictures on my social media, so I thought why not post the same photos on there,” the model said.

“I had no idea that I could make so much money from one platform which was mind blowing to me, but I was over-the-moon that I was finally able to donate money to my reservation which desperately needed some new tactical vests for some rangers.”