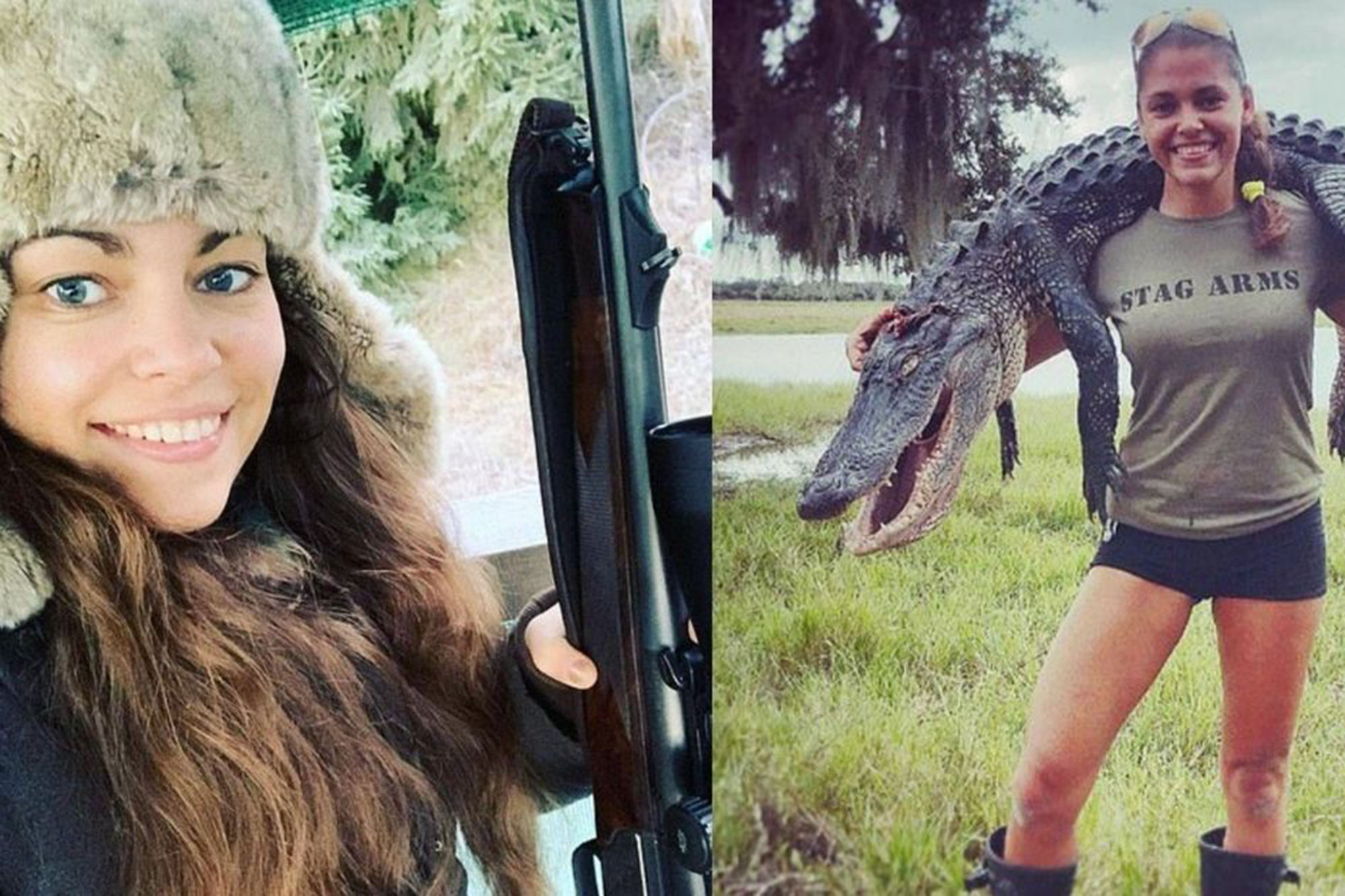 A so-called sexy hunter who shows off her exotic animal kills as an OnlyFans model is currently raking in about $4,000 a week from the platform.

The Daily Mail reported hunter Michaela Fialova began uploading sexy pictures as an OnlyFans model this year and has been “overwhelmed” by the response.

She is also defending her hunting of animals like giraffes as conservation work.

“You don’t want overpopulation – especially in the wild – as it can lead to a struggle for water and food if there’s too many of the same species, which is why I do what I do,” she said.

A woman who makes £3,000 a week by sharing racy photographs posing with dead animals on OnlyFans has claimed she posts the photos to raise money for conservation charities.

Female hunter who makes £3,000 a week from OnlyFans photos of her with guns and dead animals claims she only posts the racy snaps to raise money for conservation charities

“As my hunting pictures have become popular over time, I used to make money from sponsorships which I donated to the private reservation, but this has also stopped and I was at loss thinking of ways to make some extra cash.”

“My friend, Sandra, suggested to me a few months ago about OnlyFans because I had already adopted the nickname sexy hunter because I post risqué pictures on my social media, so I thought why not post the same photos on there,” the model said.

Get the latest news and important stories. Download the free Knewz app for iOS and Android.

After starting her account in March 2021, she said she now makes about £3,000 a week from the platform.

Chatting to her fans she posted: “Nothing beats the feeling of hunting your own dinner in the wild.”

“I had no idea that I could make so much money from one platform which was mind blowing to me, but I was over-the-moon that I was finally able to donate money to my reservation which desperately needed some new tactical vests for some rangers.”

“Now, I plan to continue uploading as much content as possible so that I’m able to fund the veterinary care for animals in need as this is why I started off my journey in the first place – to help and protect the animals.”

Fialova has previously encountered blowback for her many hunting pictures, such as in 2015 when she posted a picture of herself with a lion she killed to Facebook, The Mirror reported.

However, brazen Michaela is refusing to give in to pressure from the anti-hunting lobby, saying: “Hey antis, do you really think this will stop me???? 😀 I WILL NEVER STOP HUNTING!!!!”

Hunter who posted selfies with her trophies slammed by campaigners

Then and now, the sexy hunter and OnlyFans model is defending her hunting as necessary conservation work.

“I know my pictures of trophy hunts such as zebras, lions, giraffes and other animals can be upsetting, but I do this for practice and to give these old animals a new lease of life such as for food for humans.”

“My message to anyone who doesn’t like my hunting or OnlyFans, is that you can hate me if you wish, but I’m doing all I can to protect our wildlife so that we can have a healthy population of species for years to come,” she said, according to the Daily Mail.

The backlash against Fialova is similar to that levied against South African trophy hunter Merelize Van Der Merwe, who was roundly condemned for sharing a photo on Facebook of herself with the cut-out heart of a giraffe.

The unrepentant Merelize Vander Merwe defended her trophy hunting escapades to the Mirror and slammed animal rights activists, saying, “I have no respect for them – I call them the mafia.”

‘Bloodthirsty’ female trophy hunter slammed for killing giraffe, cutting out its heart in a ‘Valentine’s Day present’ from her husband