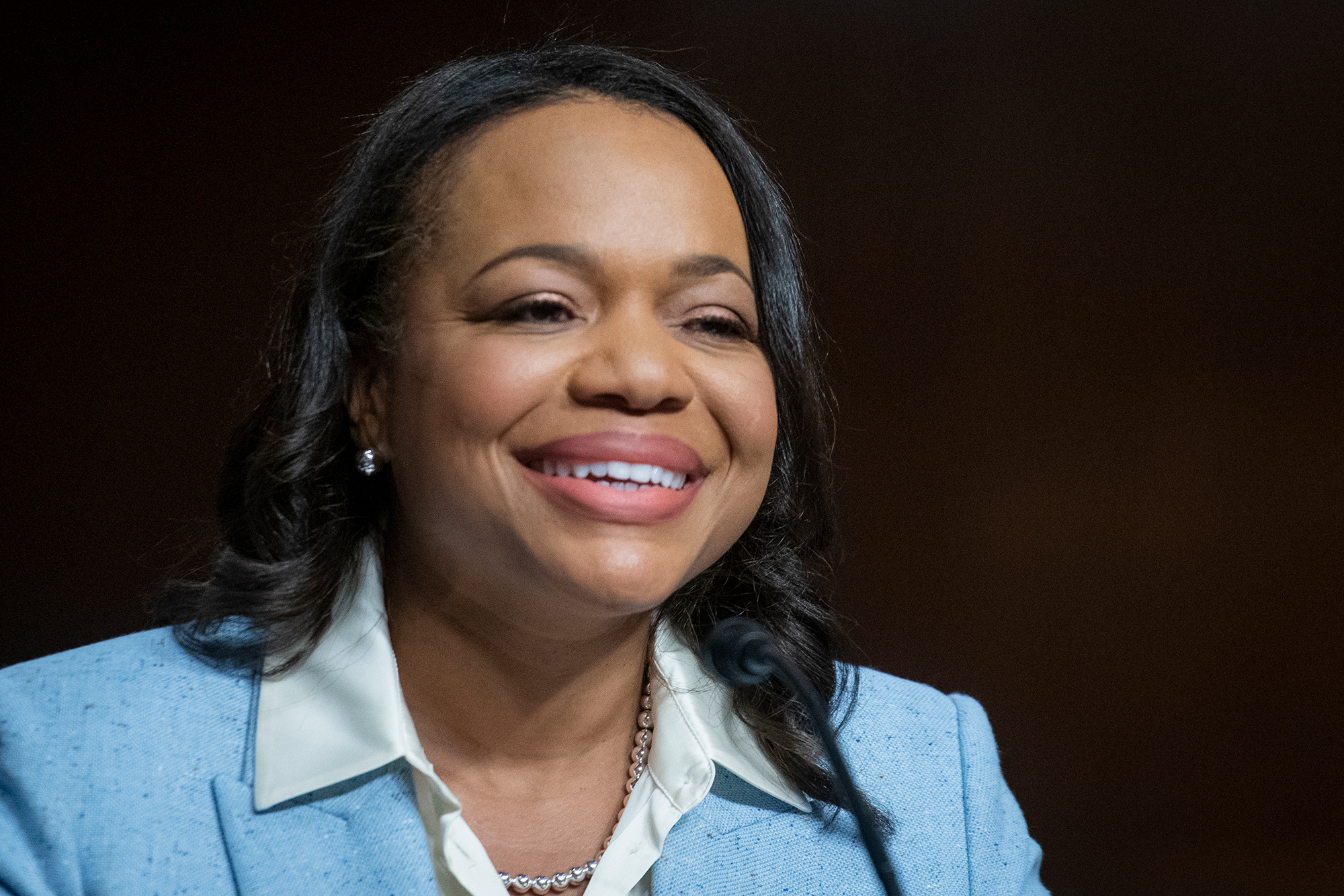 The Senate voted Tuesday to confirm Kristen Clarke as the head of the Justice Department’s Civil Rights Division, the first black woman to hold the position, shrugging off Republican concerns about her past writings and social media history.

Clarke will oversee a DOJ office that is carrying out investigations into the police forces in Minneapolis and Louisville, and has filed federal charges against Chauvin and three other former officers in the botched arrest that led to Floyd’s death.

Republicans objected to Clarke’s nomination in part on the basis of her social media history, which included broadsides against moderate Sens. Lisa Murkowski (R-Ak.), who she called “disgraceful” and Sen. Joe Manchin (D-W.Va.), who Clarke accused of using “hollow words” when he posted a tribute to Martin Luther King Jr.

Clarke walked back those statements when questioned on them by members of the Senate Judiciary Committee earlier this month.

“I regret the tone I occasionally took [and] I welcome the opportunity, as President Biden and [Attorney General Merrick] Garland have emphasized, to turn down the volume and lower the temperature,” said Clarke in her questionnaire, adding that Kavanaugh “has demonstrated a judicial demeanor consistent with what members of the public expect of Supreme Court Justices.”

Clarke was also asked to explain her past writings, including a letter she co-signed that appeared in the Harvard student newspaper in 1994 that claimed black people have “superior physical and mental abilities.” She claimed that the statement was satirical.

However, that did not mollify Republicans like Sen. Ted Cruz (R-Texas), who called Clarke one of “the most radical nominees that have ever been put forward to any position in the federal government.”

Democrats accused Republicans of mischaracterizing Clarke’s past statements and described her as uniquely qualified to lead the Civil Rights Division.

The Historical Reasons Behind the U.S. Racial Wealth Gap

Covid-19 live updates: As restrictions drop, new coronavirus infections in the U.S. begin to rise after months of declines