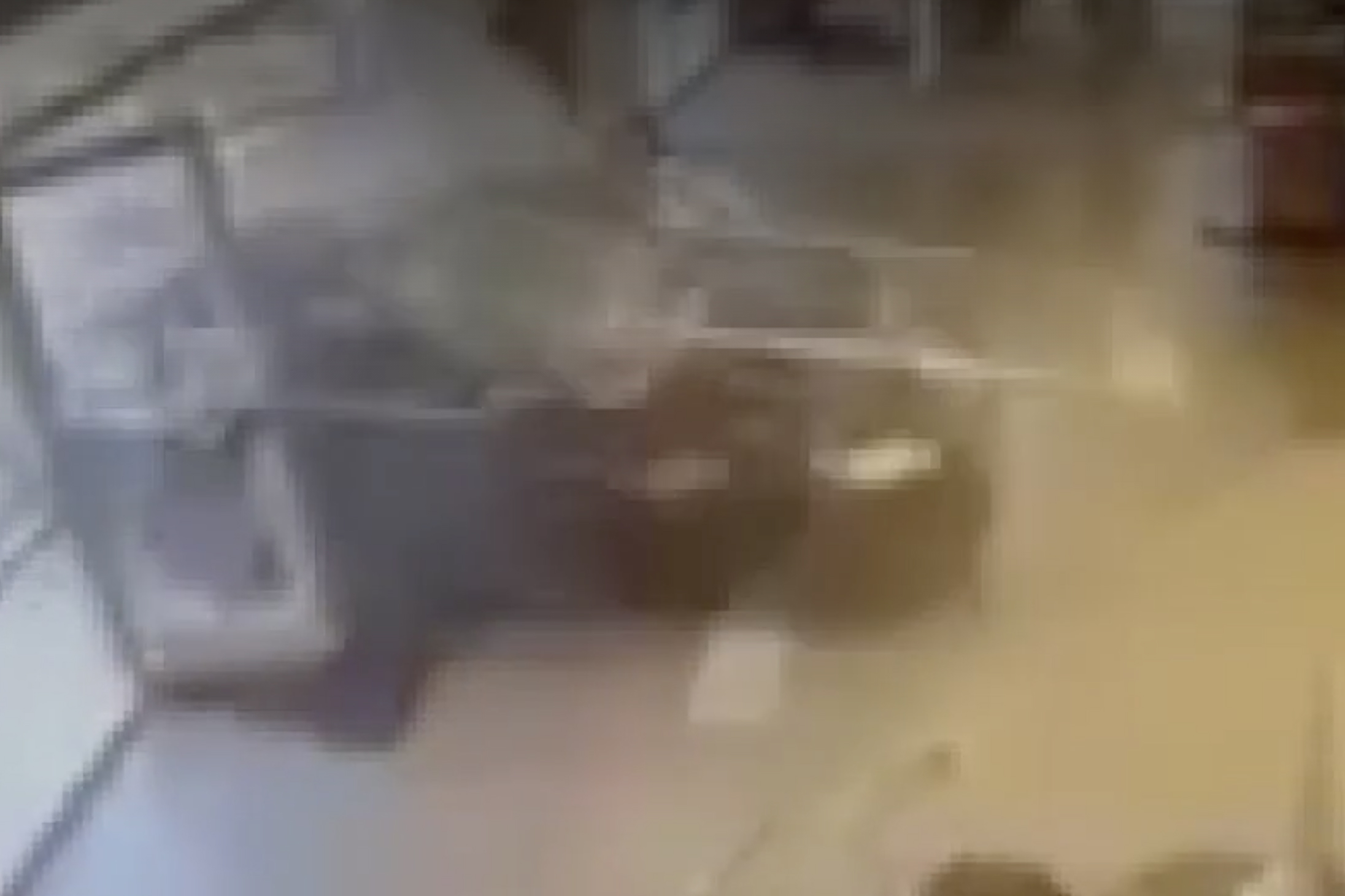 Shocking surveillance footage shows an irate phone store customer crash his car into a Virginia Verizon shop earlier this week after workers there refused his demands, a report said.

The suspect narrowly missed employees at the Alexandria store when he plowed his Chevy Cruz through the front windows on Monday, Fox 5 DC reported.

A female store employee told the news station that the man twice demanded workers disconnect his cell phone before he flew into a rage.

When the store employees told him that she couldn’t help him, he told her he was going to run her over.

She followed the man outside, snapping photos of his vehicle, according to the report. Shortly after, he crashed his car through the the front of the store in a wild, caught-on-camera wreck that nearly injured several people inside.

The footage shows the car bursting into the store, before reversing out and leaving the parking lot.

Alexandria police told Fox 5 DC they are investigating the incident. No arrests were immediately made.