Right-wing filmmaker shouts questions at Hunter Biden from a kayak 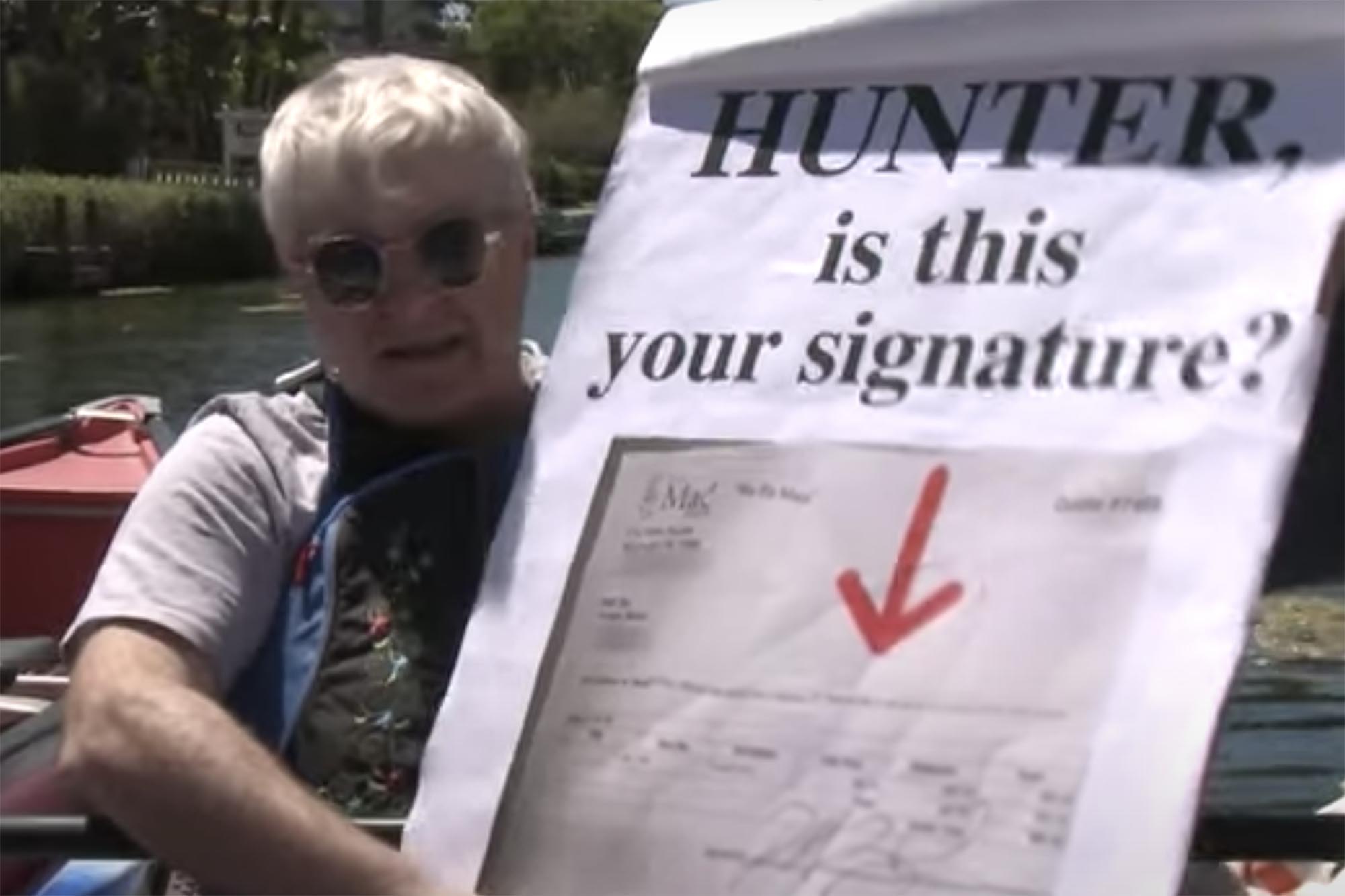 Right-wing filmmaker Phelim McAleer opted for the direct approach in his quest to confront President Biden’s son, Hunter, at his home in Los Angeles — screaming out questions by kayak.

After being chased away from the front door, McAleer hopped in a watercraft to shout queries at the troubled First Son while floating in a canal outside the home.

“Hunter Biden, did you lie on your gun background check?” McAleer, 54, shouts through a bullhorn. “Do you think it’s appropriate that the president of the United States has got 10% of your earnings from foreign entities? Is Joe Biden the big guy?”

During an October 2018 gun purchase, Biden, who’s admitted his battle with addiciton, answered “no” to the quesiton, “Are you an unlawful user of, or addicted to, marijuana or any depressant, stimulant, narcotic drug, or any other controlled substance?”

“The big guy” is a code name for a person referenced in Hunter Biden emails detailing a proposed equity split of a Chinese business venture, which some believe refers to Joe Biden.

McAleer said the move was partly inspired by Michael Moore’s boat trip to Guantanamo Bay for his 2007 documentary “Sicko.”

McAleer previously produced works about the shooting of Michael Brown in Ferguson, Missouri, and the seamy romance of former FBI agent Peter Strzok and bureau attorney Lisa Page. He’s now on the Hunter beat to promote his newest film project, “My Son Hunter.” McAleer is crowdfunding the project, but is still well short of the almost $2 million more he says he needs to raise.

“He has not made himself available to answer questions,” McAleer said of Hunter Biden. “He has had interviews which would embarrass real journalists, so I felt the public needed answers to these important questions.”

“We tried to doorstep him and he answered but wouldn’t come down,” McAleer added.

What Lula’s Return to Politics Could Mean for Brazil