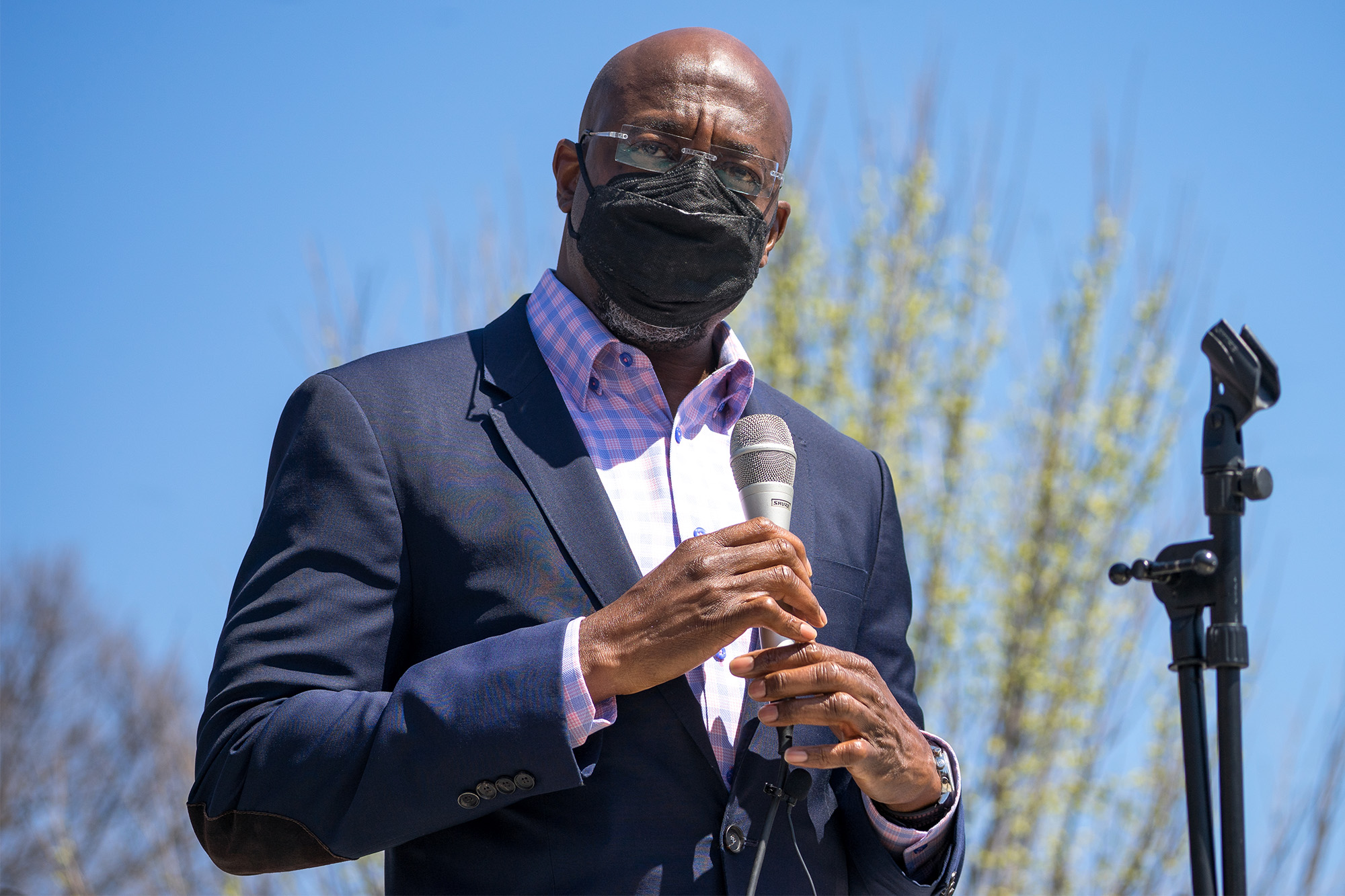 Georgia Sen. Raphael Warnock signed an e-mail sent by a liberal advocacy group that included false information about the Peach State’s controversial new voting law, according to reports on Monday.

The Washington Post reported on criticism of the law that has been exaggerated or wrong, including the e-mail sent out by the nonprofit 3.14 Action after the law passed on March 25.

“Warnock, one of two new Democratic senators representing Georgia, signed an email sent out by the advocacy group 3.14 Action after the law passed, which claimed it ended no-excuse mail voting and restricted early voting on the weekends,” the Post reported.

Both of those proposals did not ultimately end up making it into the law.

But the e-mail was sent out on March 30, five days after Gov. Brian Kemp, a Republican, signed the final bill, according to Fox News.

A spokesman for Warnock said the senator had signed off on his statement before the law was passed, when those provisions were still being considered.

The law has sparked fierce backlash from Democrats, who argue it restricts voting, particularly among poorer and African American voters.

President Biden, for instance, called it “Jim Crow in the 21st century.” He also said he supported the MLB pulling its All-Star game out of Atlanta.

At one point, Biden claimed the law limits voting hours, in an apparent reference to a proposal to curtail early-voting hours that was also ultimately not included, according to the Post.

She backed the president, saying, “his view is that we need to make it easier and not harder to vote.”

No charges against R&B artist Trey Songz over NFL scuffle