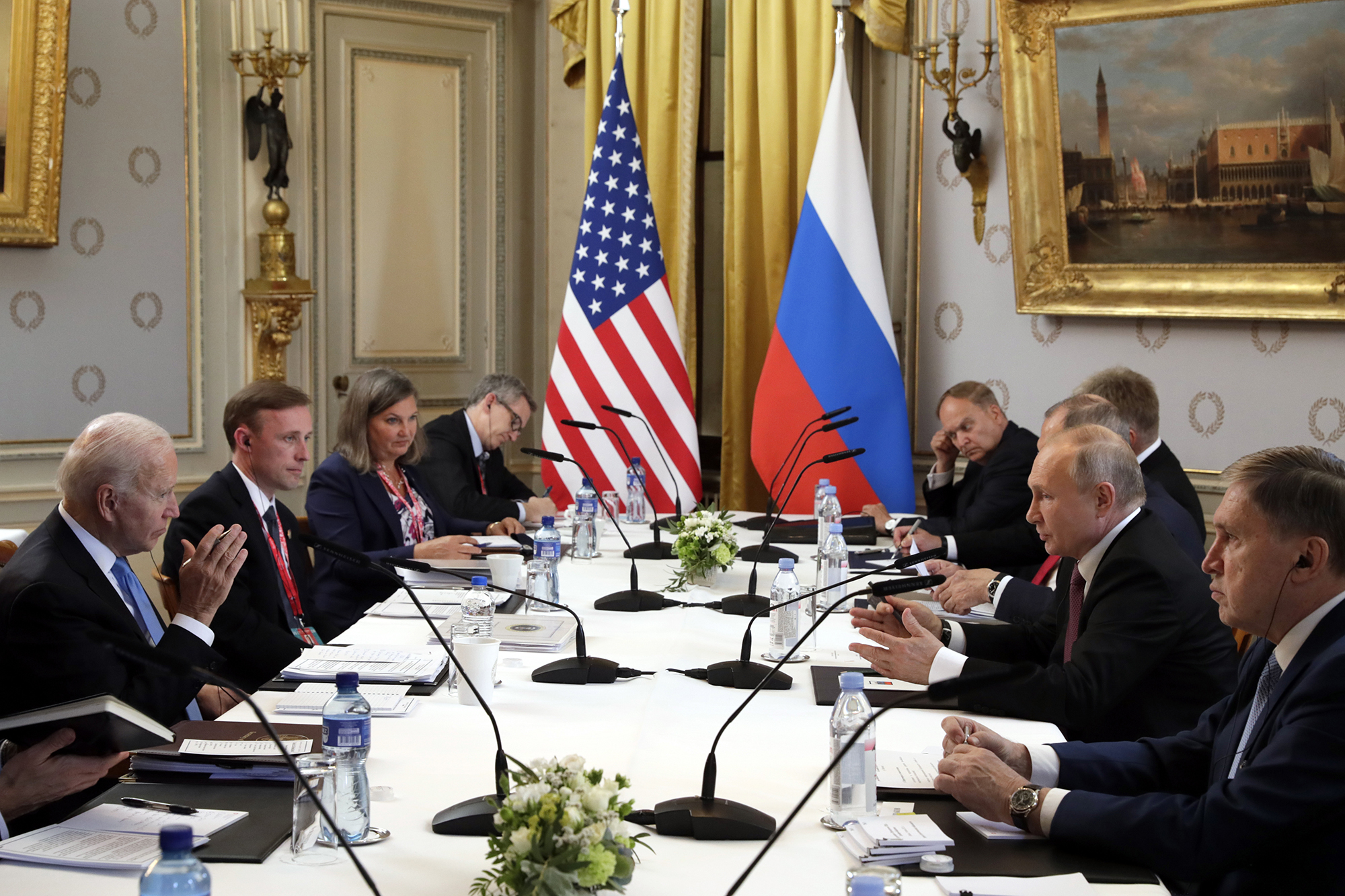 President Biden’s high-stakes summit meeting with Russian President Vladimir Putin wrapped up earlier than anticipated — with American reporters left in the dark and initially dependent on Russia’s foreign ministry for information on the discussions.

The talks ended at 5:05 pm local time after an introductory sit down at 1:39 pm — meaning that the entire summit lasted fewer than 4 hours, rather than the 4-5 hours predicted by the White House.

What happened inside a set of two meetings was not immediately clear. Press was not allowed in the room, though Russia’s foreign ministry tweeted a photo giving journalists a glimpse of US and Russian officials attending the second, larger meeting.

On Monday, the White House scrapped a similar “pool spray” at the start of Biden’s meeting with Turkish leader Recep Tayyip Erdogan at the NATO summit in Belgium. Frustrated US reporters, waiting in a hallway for 112 minutes, were left dependent on Turkey’s government, which regularly imprisons journalists, for information.

What to watch this weekend: ‘Tuca & Bertie’ on Adult Swim