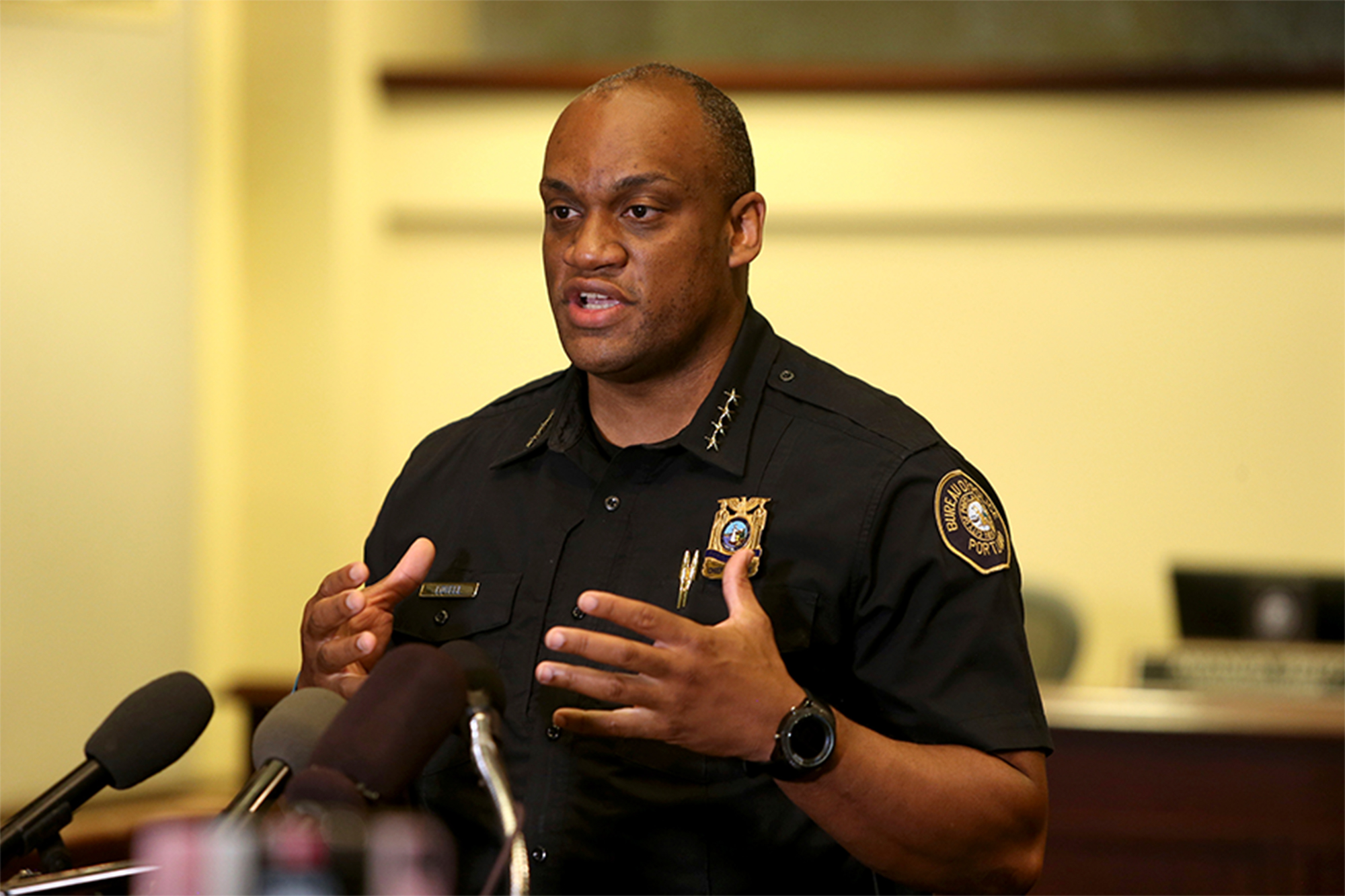 Portland Mayor Ted Wheeler flinched. In the midst of an unprecedented months-long surge in gun violence and homicides, Wheeler compromised with the Portland City Council and backed off from his request that the Portland Police Bureau be appropriated $2 million in emergency funding. Instead, Wheeler and the commissioners voted to spend $6 million on grants to community groups already receiving funding and hire 24 park rangers.

“What we’re doing today is starting a pathway towards making sure that we’re investing dollars where they make the most good,” said Portland City Commissioner Jo Ann Hardesty. “We’re also at the front end of transforming our police department.”

The deal gives police no money but calls for the Portland Police Bureau to assemble a new gun violence team to replace the one eliminated last June, when the city defunded its police by $15 million in the midst of nightly social justice protests.

The new group will be called the Focus Intervention Team. It will be smaller than the former Gun Violence Reduction Team and will have civilian oversight. Police Chief Chuck Lovell said it might be tough to find officers who want to work on the FIT and it will create more staffing shortages elsewhere in the department.

“We’re so lean right now, it’s really hard to find a place where there’s a dozen officers to pull from,” Lovell said.

Between COVID-related cutbacks and the defunding demanded by protesters, the Portland Police Bureau’s budget is down $27 million. Eighty-four officer positions were eliminated and since last July 115 officers have quit the department, leaving 818 sworn members in a department that one year ago was budgeted to have 1,001.

In exit interviews, The Oregonian reports nearly all of the officers said they were leaving because of a lack of support from political leaders.

The city’s decision to hire unarmed park rangers instead of more police is being widely criticized by those in law enforcement. Several rangers said they are not trained or equipped to intervene during armed conflicts. Jim Ferraris, president of the Oregon Association Chiefs of Police, served as a longtime officer in Portland and as a chief in a suburban police department. He says the Portland Police Bureau is one of the most understaffed department’s in the country and hiring park rangers won’t reduce gun violence.

Park rangers are equipped only with pepper spray and a radio. On April 3, two rangers were patrolling Chapman Square Park in downtown Portland where a man on a bike had just been hit with a round fired from a paintball gun. The rangers were confronted by the suspect and chased out of the park. The man carried a machete and threatened to kill the rangers. Once they fled to safety, the rangers called police who came and arrested the suspect.

“The Park Ranger program is a unique model that relies on rangers having a specific set of skills and training that includes de-escalation, crisis management, anti-bias, cultural competency to gain voluntary compliance,” said Vicente Harrison of Portland Parks and Recreation.

While community groups apply for additional grants and Portland hires two dozen more park rangers, the city’s streets have never been more dangerous. Since Jan. 1, there have been 25 homicides, 288 shooting incidents and 91 people injured by gunfire. After setting a 26-year high for murders in 2020, the city is on pace this year for 100 homicides which would shatter the high mark of 70 set in 1987.

Many of the recent murder victims are African American. When the Portland mayor announced he wanted to spend $2 million on the police, several Black leaders were in support.

“There is a need for a higher police presence and response to the level of violence that has taken hold of our city,” said Mt. Olivet Baptist Church Pastor Ed Williams.

Wheeler initially agreed to be interviewed for this story, but then cancelled.

A blanket on his lap, the sun on his face, the Queen at his side: last days of Prince Philip