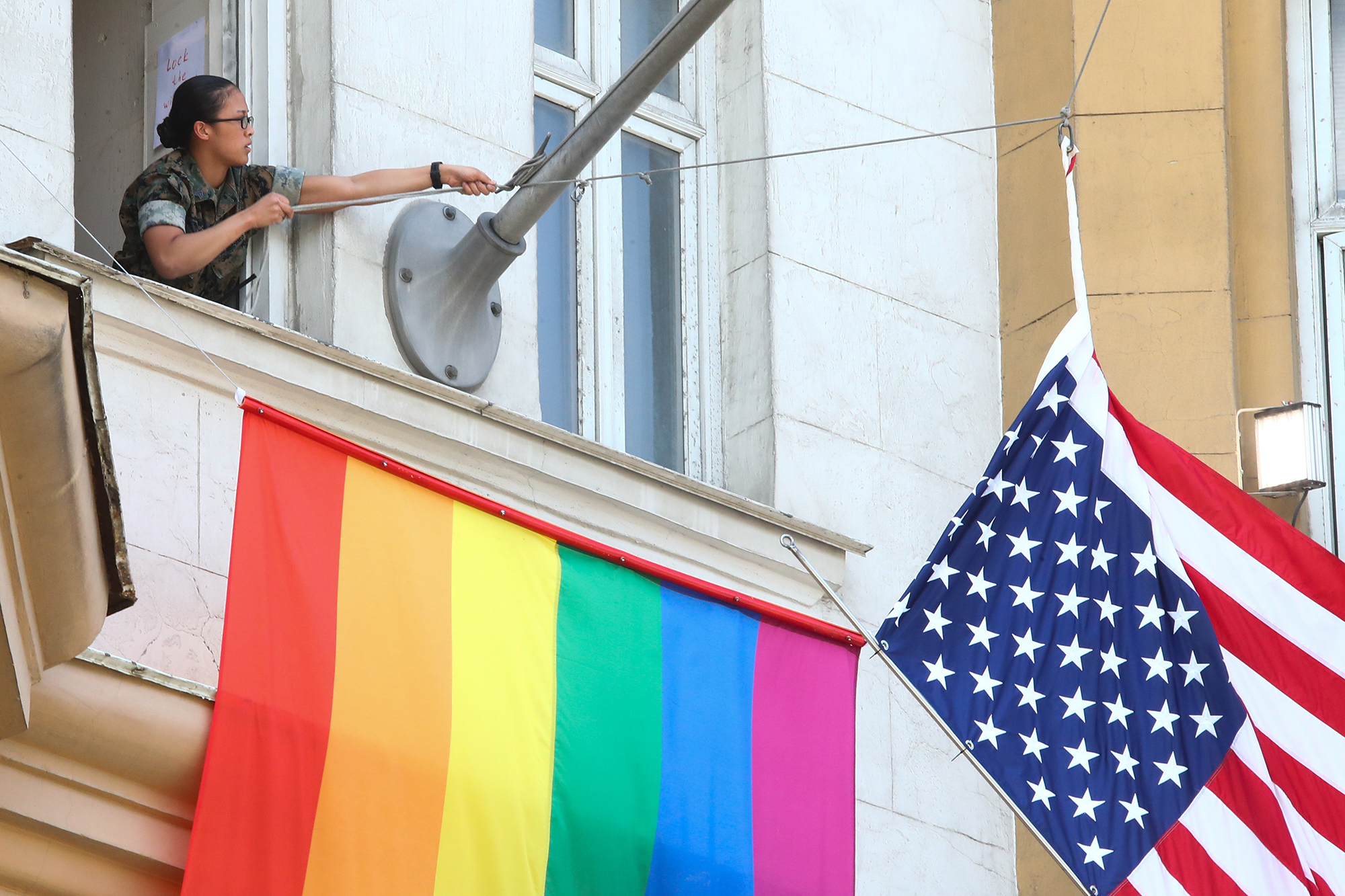 The Pentagon said there would be no Pride flags flown over US military bases, keeping in place a Trump-era regulation strictly limiting the types of flags which can be flown at US military facilities.

“After some careful consideration, the department will maintain the existing policy from July of 2020 regarding the display or depiction of unofficial flags,” Pentagon spokesman John Kirby told reporters Friday. “There won’t be an exception made this month for the Pride flag.”

Kirby stressed the issue in “no way reflects any lack of respect or admiration for people [from] the LGBTQ+ community, the personnel in and out of uniform who serve in this department.”

The flag gag was initially put in place as a way to restrict Confederate flags from being flown but have also had the effect of limiting things like the Pride flag or those of various sports teams.

President Biden has frequently touted his support of the LGBTQ+ community and recently boasted in an official proclamation that nearly 1,500 of his federal agency appointees identified as lesbian, gay, bisexual or transgender.

Pfizer CEO: COVID-19 vaccine data for kids will be submitted to FDA in ‘days’

Pfizer CEO: COVID-19 vaccine data for kids will be submitted to...

Pfizer CEO: COVID-19 vaccine data for kids will be submitted to...