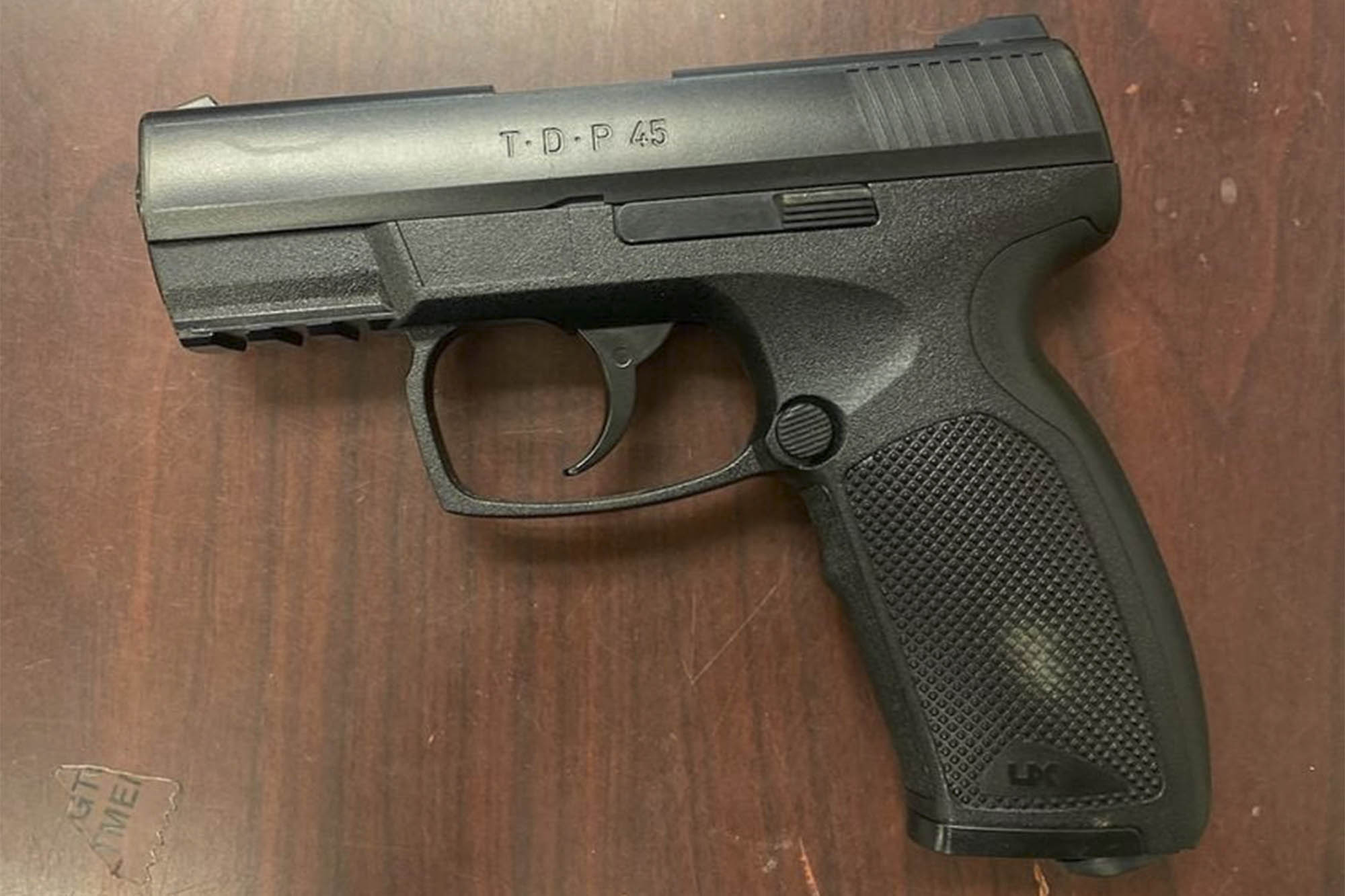 Pennsylvania kids are playing a dangerous game called “Assassin” — making drive-by shootings with BB guns that look terrifyingly like the real thing, according to cops.

Police in Washington, about 25-miles outside of Pittsburgh, made the warning as they shared a photo of a realistic-looking BB gun recently taken by an officer after reports they were waving a real handgun out of a car.

The officer drew his service weapon on the four males and put them all in handcuffs before finding the BB gun, WPXI-TV said.

A local mom also told the station that her 13-year-old son was hit in the leg by a ballbearing shot from a passing vehicle.

Police said that it had been “brought to our attention that kids in Washington are playing a game called ‘Assassin.’ They are driving around town with bb guns and shooting at each other.”

“These bb guns look like real guns. … Please talk to your kids about this and tell them not to play this “game. It causes very dangerous situations,” the force warned.

The Washington School District also told WPXI-TV that “the situation involving the game ‘Assassin’ is currently under investigation.”

Biden will hold a big climate summit this week to reestablish U.S. leadership. Not everyone may follow.

As a member of Congress, Bill Nelson flew to space. As NASA administrator, he’d face a host of challenges.