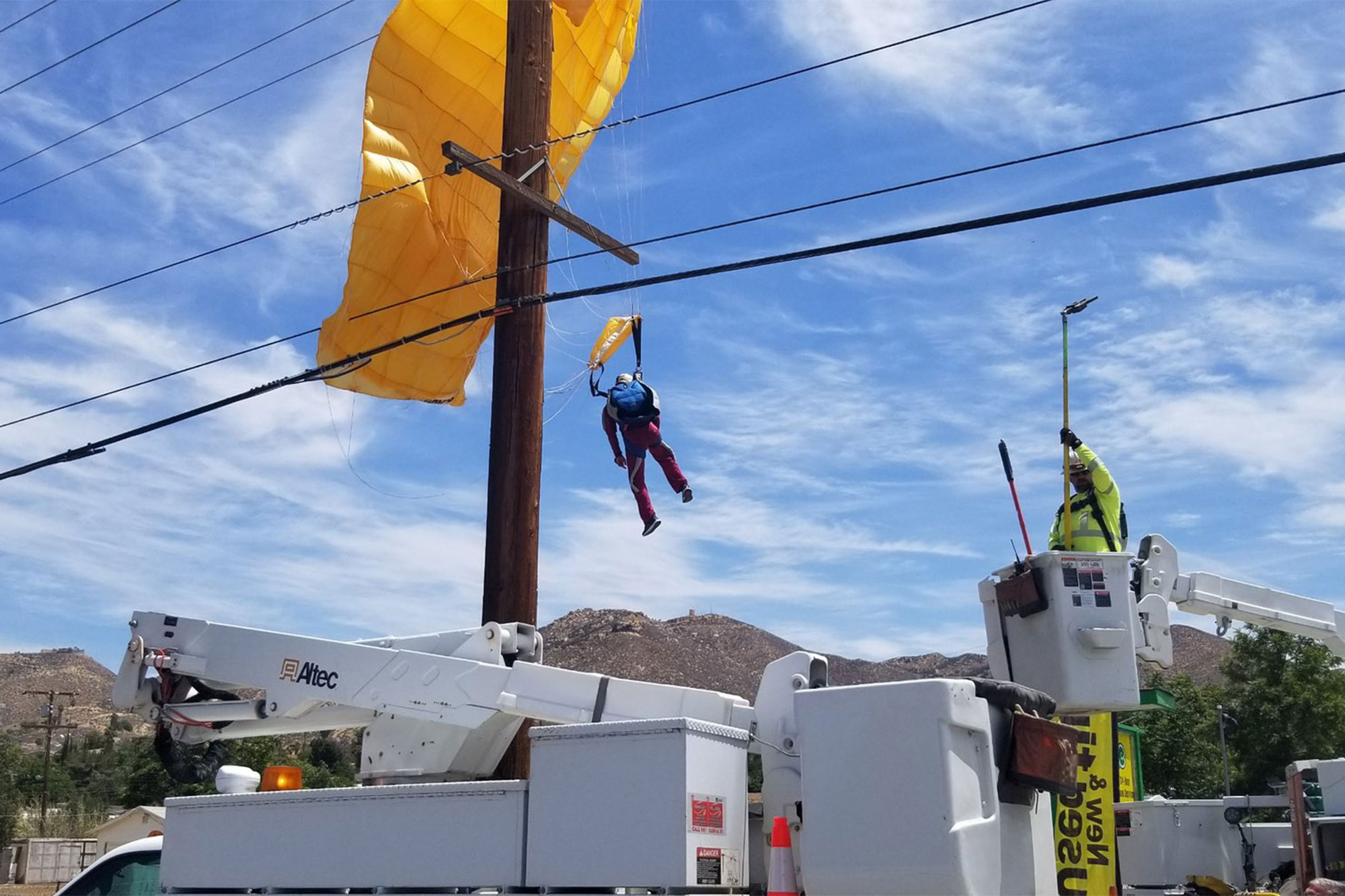 A California skydiver was left hanging 30 feet above the ground when his parachute got tangled in live power lines Tuesday.

The unidentified parachuter was stuck for about an hour in the wires in Lake Elsinore in the southern part of the state, KTLA reported.

It wasn’t clear whether the man came from a nearby skydiving center, the TV station reported.

Social media photos showed the man suspended in the air with a yellow chute open, as power crews and emergency workers worked below to free him.

CAL FIRE/Riverside County Fire Department tweeted that the man was brought down using a bucket lift.

“The patient was evaluated by firefighters on scene and transported to an area hospital by ground ambulance with minor injuries to their lower extremities,” the group tweeted.

Video of the rescue showed the man limping from his injuries once back down on the ground.