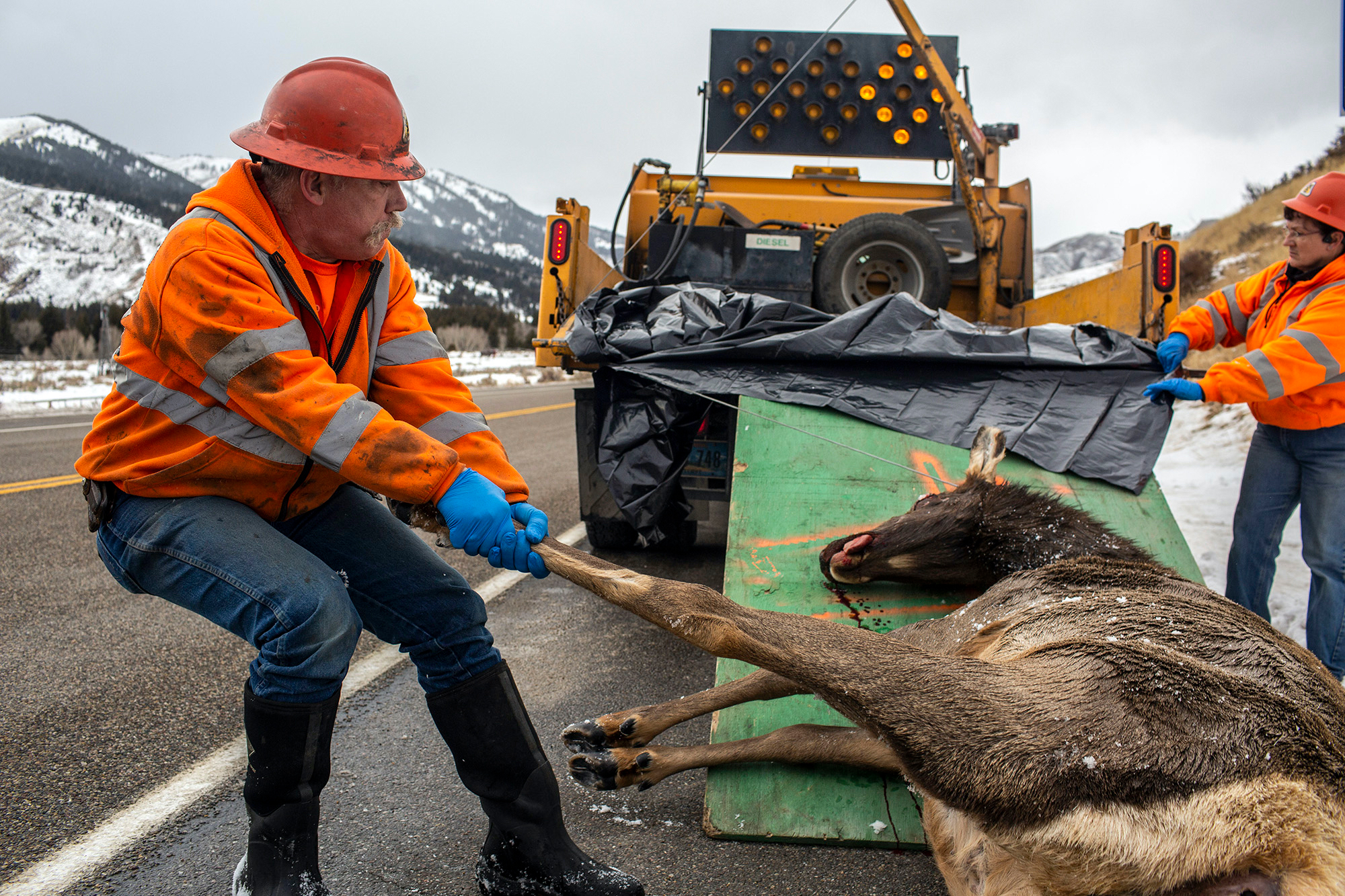 If you hit it, you can eat it.

A new Wyoming law allows drivers to take home wildlife that was accidentally killed by a car, and prepare it for dinner.

Salvaging roadkill had been illegal in the state for generations before Monday’s bill singing. Now, Wyoming joins 30 other states where drivers can cook a carcass, including New York and New Jersey, according to Wide Open Eats.

Some 3,000 instances of roadkill are reported a year in The Cowboy State, and tons of pounds of fresh, lean and edible meat went to waste, officials said.

The new law will require residents to salvage the whole dead animal, so that body parts are not left scattered on roads. The meat can not be donated to non-profits, and bighorn sheep, mountain goats, grizzly bears and endangered or threatened animals are off limits, under the legislation.

“Deer, elk, moose, pronghorn — those will be the species that folks primarily have an interest in,” Game and Fish Chief Game Warden Rick King told Jackson Hole Daily.

Roadkill harvesting proposals in Wyoming have previously failed over concerns that drivers would intentionally hit trophy animals, or poachers could claim their illegal catches were found on the side of the street.

“We don’t want to create a system where people use this process to take illegal game,” King said. “It will be tough.”

Permits to salvage meat will be made available online, and the Game and Fish Department and Wyoming Department of Transportation are currently drafting more regulations to govern the process, according to King.

“It’s really hard to guess and estimate how much interest there will be,” King reportedly said. “Montana has been averaging about 1,000 salvage permits a year.”

Scrounging for supper on the side of the road has been touted as an ethical and responsible practice by animal right’s groups.

“Eating roadkill is healthier for the consumer than meat laden with antibiotics, hormones, and growth stimulants, as most meat is today,” People for the Ethical Treatment of Animals said on its website.

“It is also more humane in that animals killed on the road were not castrated, dehorned, or debeaked without anesthesia… Perhaps the animals never knew what hit them,” PETA continued.