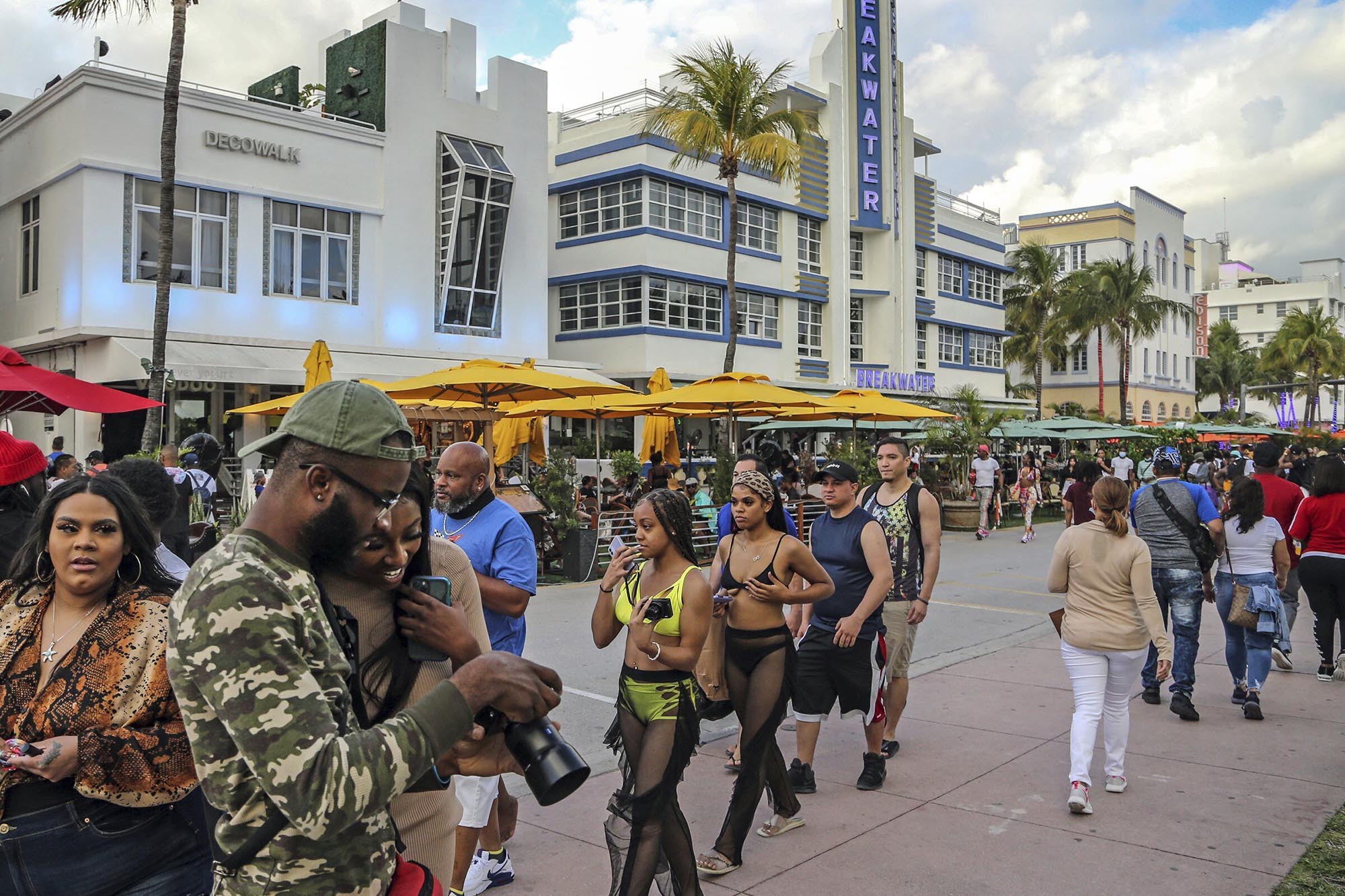 The city imposed an 8 p.m. curfew and declared a state of emergency in its busy entertainment district to combat mounting chaos, according to reports.

“I think the volume is clearly more than it’s been in previous years and that, I think, is in part due to the fact that there are very few places open elsewhere in the country,” Miami Beach Mayor Dan Gelber told Reuters.

The curfew will be in effect for at least 72 hours, according to Miami Beach officials. Highways in and out of the city will also shut down overnight.

On Saturday, Aguila declared a state of emergency. He wants the emergency measures in place through April 12, according to the Miami Herald.

Reports of shooting at Houston mall were unfounded, cops say

Tatis goes on injured list due to health, safety protocols