McConnell on infrastructure: ‘I think there’s a decent chance that may come together’ 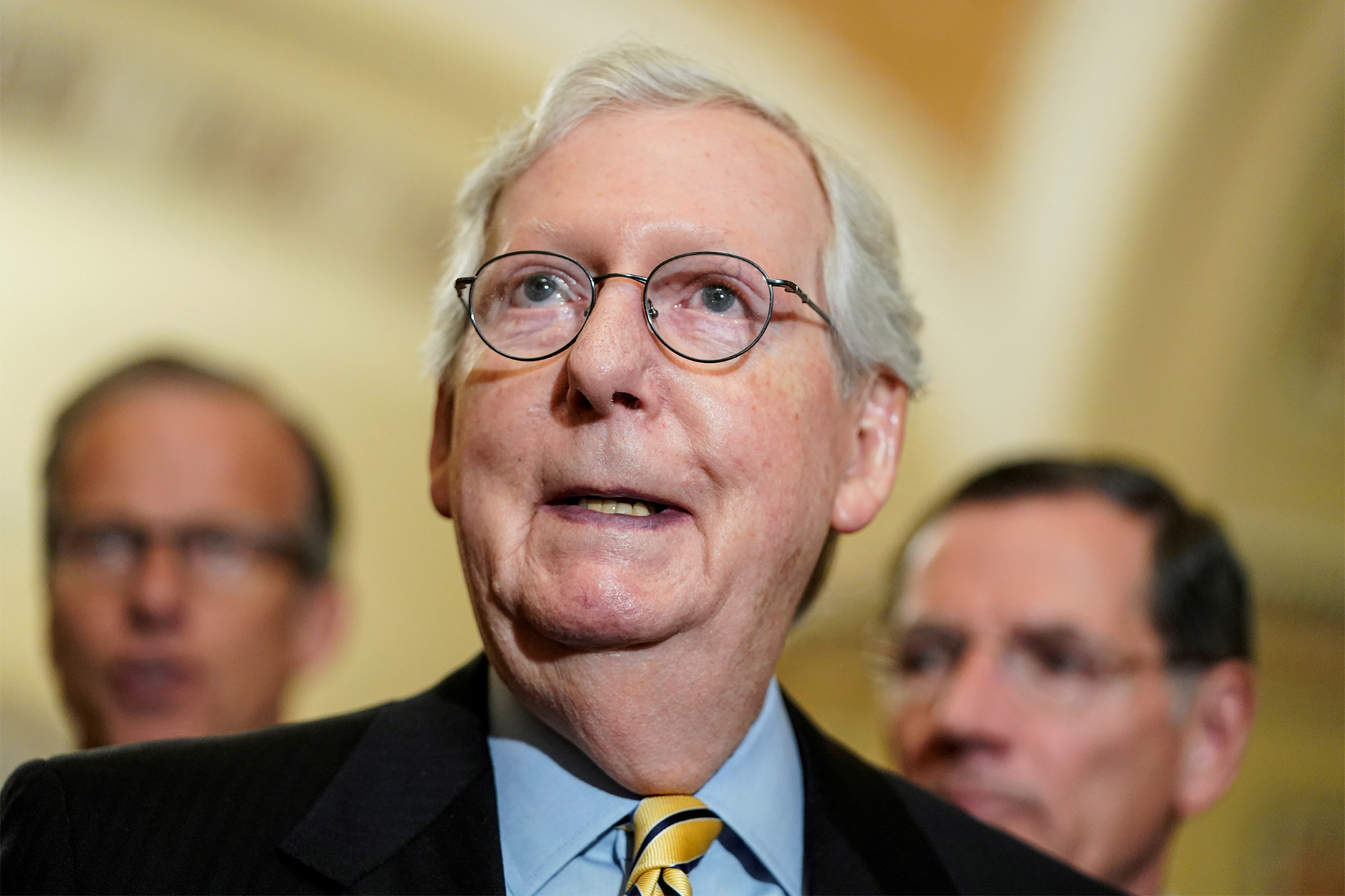 Senate Minority Leader Mitch McConnell on Thursday expressed optimism that the upper chamber can pass a bipartisan $1.2 trillion infrastructure package in coming weeks while speaking at the Northern Kentucky Chamber of Commerce.

The bipartisan framework negotiated by a group of legislators — led by Sens. Kyrsten Sinema (D-Ariz.) and Rob Portman (R-Ohio) — has been met with broad support, with members of the Problem Solvers Caucus giving its seal of approval in the lower chamber.

The Kentucky Republican party leader appeared to be cautiously optimistic there could be a path for the agreement despite progressives pushing for it to be passed alongside a broader package without GOP backing, telling the crowd he would like to see the so-called “payfors” that are still being hashed out by the group.

“I think there’s a decent chance that may come together. All I’ve said is, I would like for it to be paid for. We’ve added quite enough to the national debt,” McConnell said.

“This ought to be credibly paid for. That discussion is underway.”

While McConnell expressed passage of the plan is possible, Republicans and a handful of moderate Democrats have expressed concerns about the calls for it to be brought up alongside a companion reconciliation bill — which would allow Democrats to bypass the 60-vote threshold in the upper chamber — arguing it could have a detrimental impact on the national debt.

The bipartisan bill is expected to provide $579 billion in new spending, with $300 billion allocated toward transportation and an additional $250 billion which would go toward broadband, power and water infrastructure.

House Speaker Nancy Pelosi (D-Calif.) has repeatedly asserted she will not bring up the bipartisan bill unless the Senate also passes a budget allowing for the reconciliation process. The California Democrat applauded the bipartisan group for taking charge on crafting a plan, but added she feels they need a second bill “that addresses the needs of the American people, in a way in a 21st century way rather than a 20th century.”

President Biden recently endorsed the bipartisan deal, but later backtracked over whether he would sign the bill into law without a larger companion bill. He later clarified that would not veto the compromise bill without a reconciliation package if it makes it to his desk following strong backlash from GOP negotiators.

The Senate could vote on the package as soon as July 19.