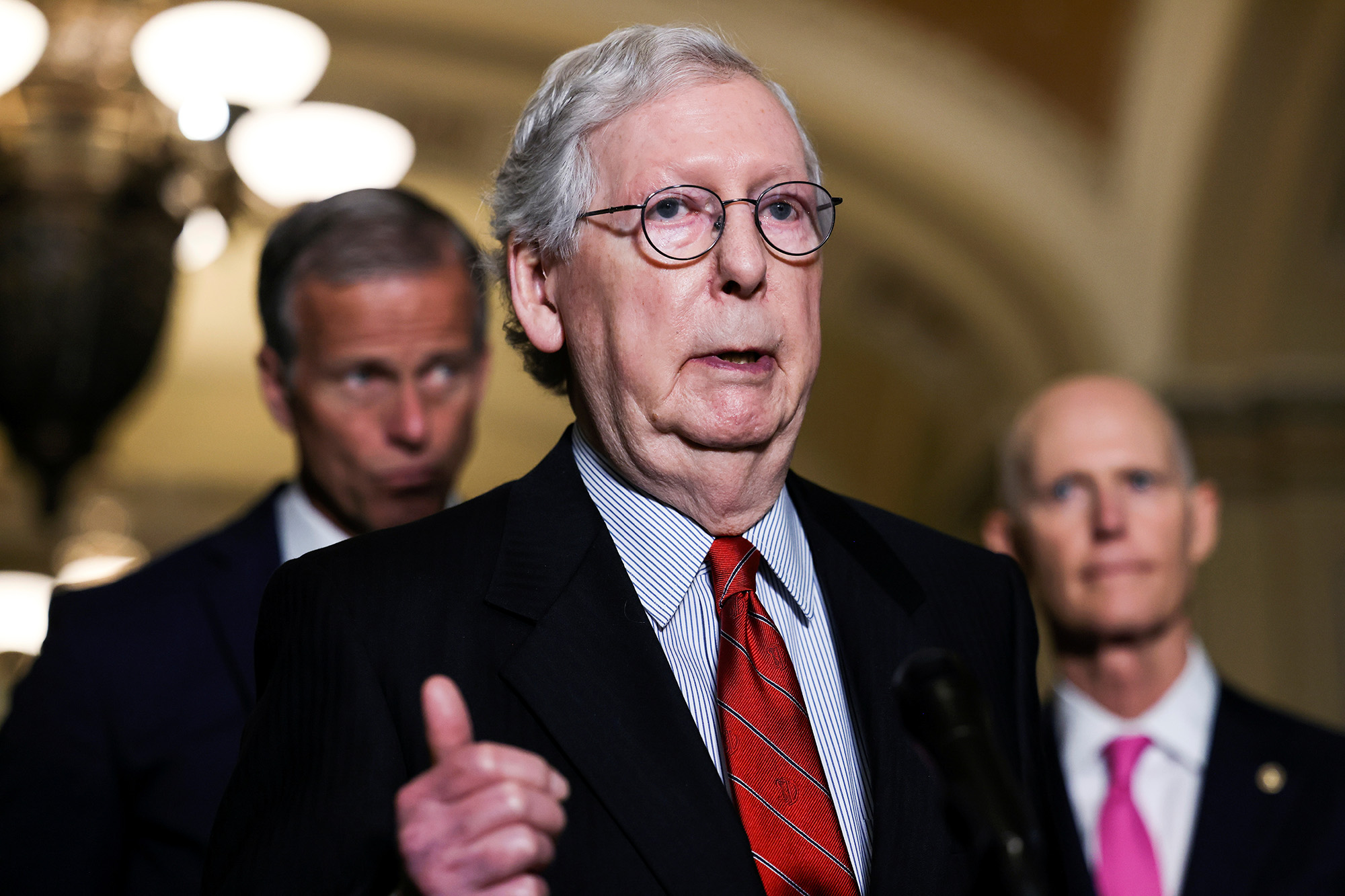 Senate Minority Leader Mitch McConnell (R-Ky.) said his optimism on a bipartisan infrastructure bill was “short-lived” following President Joe Biden’s remarks that he would consider vetoing the bill if it doesn’t include a sweeping reconciliation package.

His comments came shortly after Biden endorsed the bipartisan deal to spend $1.2 trillion over eight years before stating that “If only one comes to me, this is the only one that comes to me, I’m not signing it“

McConnell accused Biden of “caving” to the far left following the bipartisan breakthrough and offering mixed messaging on the matter.

“So President Biden’s show of support earlier today appeared to be a major breakthrough for earning Democrats’ support. But that optimism was short-lived,” he said on the floor.

“Less than two hours after publicly commending our colleagues and endorsing the bipartisan agreement, the President took the extraordinary step of threatening to veto it. It was a tale of two press conferences — endorse the agreement in one breath and threaten to veto it in the next. “Less than two hours. It almost makes your head spin.  An expression of bipartisanship, and then an ultimatum on behalf of your left-wing base.”

McConnell then took a swing at Speaker Nancy Pelosi (D-Calif.) and Senate Majority Leader Chuck Schumer (D-N.Y.) for voicing they would block the bipartisan deal from moving forward without a reconciliation package to address Democrats’ social spending agenda.

“The Democratic Leader and the Speaker have already made clear they’ll do whatever it takes to keep their runaway spending train chugging along this summer. And more and more members of their party are having to contort their positions to keep pace with the expectations of the Green New Deal fringe.

“But caving completely in less than two hours? That’s not the way to show you’re serious about getting a bipartisan outcome. So I hope our colleagues can recover and get their good-faith efforts back on track.”

During a press conference earlier in the day, Pelosi told reporters that the bill would not be taken up in the lower chamber without an accompanying package.

Biden announced his support of the deal alongside 21 Senate negotiators earlier in the day, which leadership hopes to hold a vote on in July.