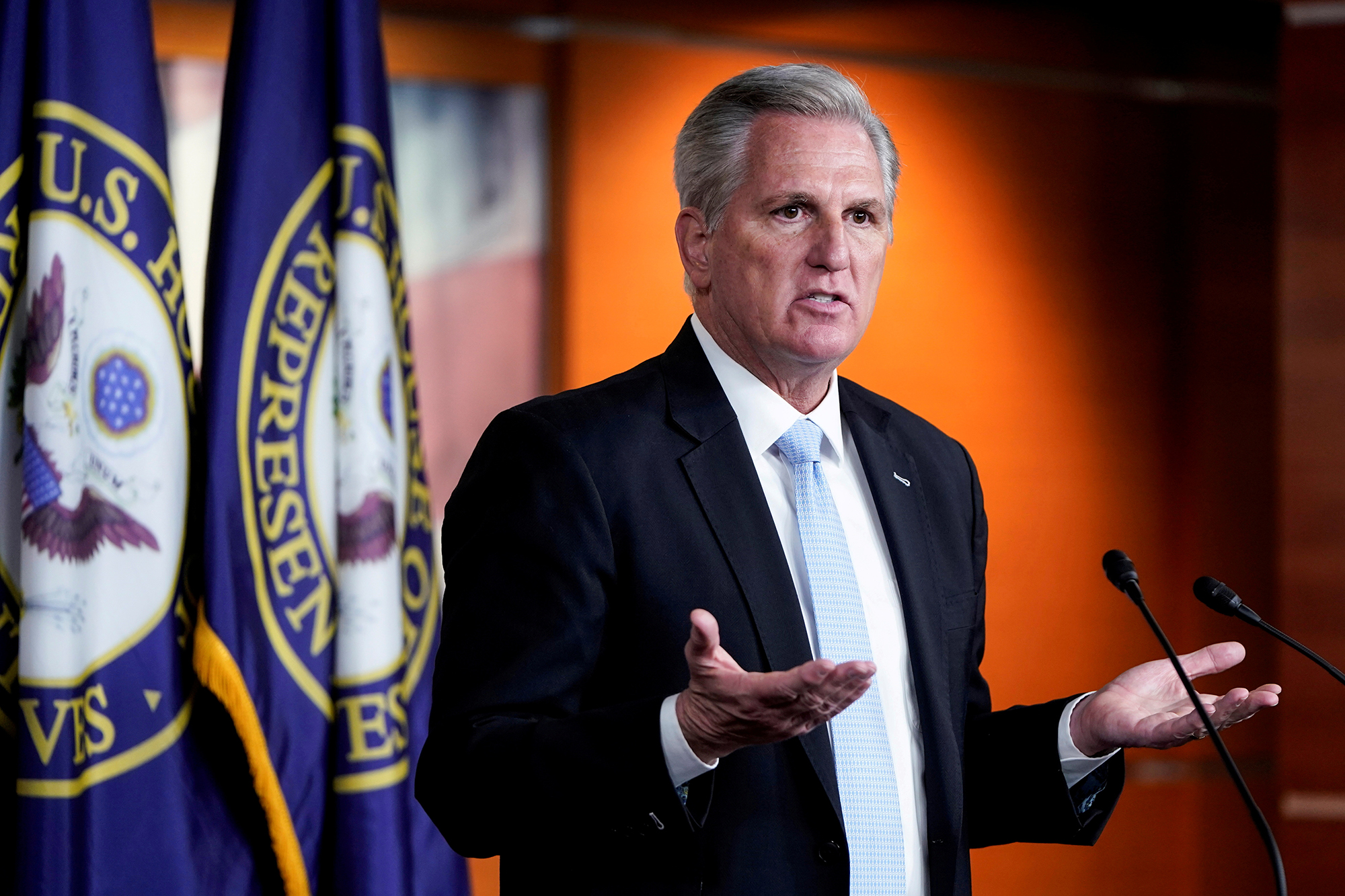 House Minority Leader Kevin McCarthy and Rep. David Kustoff, one of two Jewish Republicans in the lower chamber, introduced a bill Tuesday aimed at combatting anti-Semitism as instances of attacks have grown amid the conflict between Israel and Hamas.

Upon the measure’s introduction, McCarthy took a took the opportunity to criticize progressive Reps. Alexandria Ocasio-Cortez (D-N.Y.), Rashida Talib (R-Mich.) and Cori Bush (D-Mo.), who have expressed support of Palestine amid the increased tension between Israel and Gaza, highlighting a shift from staunch support of Israel within the Democratic Party.

“Over the past several weeks a growing number of House Democrats wrongly blamed the violence in the Middle East on Israel. In fact, Representatives Alexandria Ocasio-Cortez, Rashida Tlaib, and Cori Bush irresponsibly tried to delegitimize our closest ally in the region, calling it an ‘apartheid state. “Within days, this same sentiment of bigotry spilled into several major U.S. cities,” he said.

“Graphic videos showed pro-Hamas mobs intentionally target random Americans simply because they were Jewish. These hateful attacks contradict the very essence of our nation’s core principles. Yet socialist Democrats continue to endorse and promote repulsive anti-Semitic rhetoric, while Speaker Pelosi and Senator Schumer refuse to unambiguously condemn the unhinged statements from members of their own party.”

Under the legislation, the Department of Justice would instruct a staffer to perform an expedited review of anti-Semitic hate crimes, with the attorney general required to issue a report within 90 days — and every 90 days for the next three years — laying out the number of hate crimes reported to the FBI, the investigations and prosecutions made by the DOJ and what efforts it has taken to prevent future instances.

The bill would also remove the 10-year maximum penalty for hate crimes that is in place for those who have had a prior hate-crime conviction. Under current law, the penalty has a 10-year cap unless the conviction involves death, attempted muder, kidnapping or aggravated sexual abuse.

It also includes language reaffirming the United States’ commitment to Israel and condemning Hamas, stating that “Amid ongoing conflict in May 2021 between Israel, which is one of the closest allies of the United States, and Hamas, which is a terrorist organization and has been designated by the United States as such since 1997, media reports indicate that there has been a dramatic increase in hate crimes and violence against Jews in the United States.”

The bill also notes that, “Jews are the targets of the majority of hate crimes committed in the United States against any religious group, including attacks on houses of worship and Jewish community centers.”

While a ceasefire was implemented on May 20, hundreds of fatalities were seen over the course of 11 days during heightened tensions between Israel and Palestince.

Multiple attacks on Jewish people have been reported in cities across the United States amid the heighted conflict abroad, with a string of assaults seen in New York and Los Angeles.

Just ahead of the introduction of the bill, McCarthy and other members of GOP leadership condemned one of his own members, Rep. Marjorie Taylor Greene (R-Ga.), for equating coronavirus restriction to the Holocaust.

'Don't be alarmed!' US carries out eerie drill to imitate 'chemical...

How Facebook neglected the rest of the world, fueling hate speech...

Tech tip: Get more life out of your dying phone battery

'Don't be alarmed!' US carries out eerie drill to imitate 'chemical...

How Facebook neglected the rest of the world, fueling hate speech...

Tech tip: Get more life out of your dying phone battery