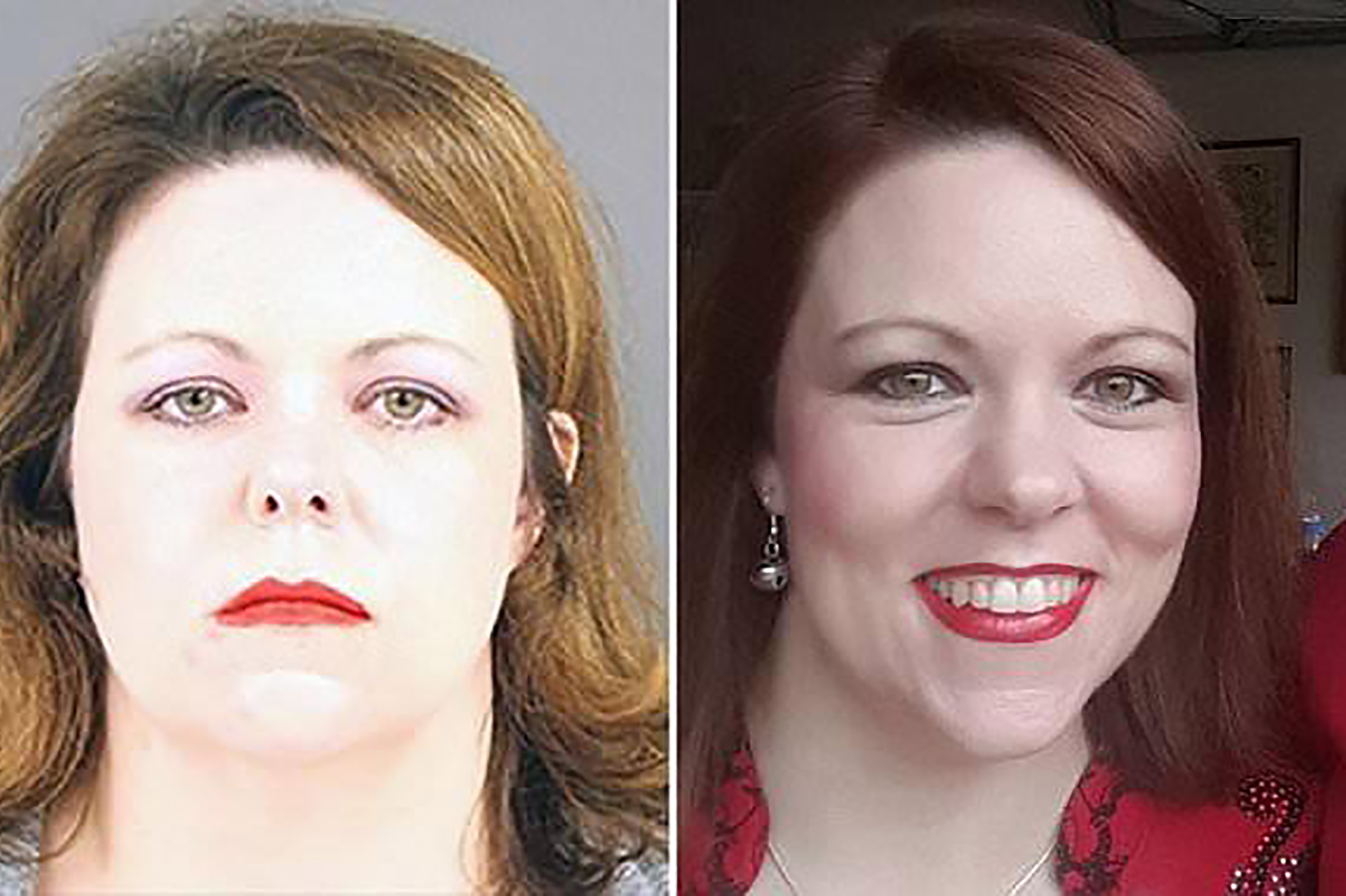 Amber Turnage, the disgraced Jackson, Mississippi, public school teacher who was found guilty of sexually preying upon a 17-year-old male student, has been slapped with a 15-year sentence, NBC affiliate WLBT reports.

The former teacher, Amber Turnage, 42, has been turned over to the Mississippi Department of Corrections.

She must also register as a sex offender.

Found guilty of two counts of sexual battery by a Mississippi jury, the former teacher, Amber Turnage, has been condemned to spend a decade behind bars with five years suspended.

Turnage was found guilty of her crimes in March after an investigation was launched in 2017.

Former JPS teacher to spend 10 years behind bars, must register as a sex offender

Mississippi investigators accused Amber Turnage of sexually preying upon a 17-year-old student at Provine High School, where she was a teacher.

The investigation was launched after the father of the victim came upon sexually explicit videos of Turnage engaging in a predatory sex romp with his teenage son.

When questioned by Mississippi authorities about the abuse he suffered at the hands of Amber Turnage, the boy said that he had met the teacher after school one day and that she had established a bond with him — also known as grooming.

ABC affiliate WAPT reports that Turnage was arrested in 2017.

Turnage, now 42-years-old, was arrested in 2017 after she was accused of having an inappropriate relationship with a student, according to court officials.

Following the Mississippi authorities’ indictment of the teacher, Amber Turnage was fired from her job.

She was married at the time she launched her abusive treatment of the boy.

The boy told Mississippi authorities that Amber Turnage violated the boundary between teacher and student in part by giving him gift cards.

She abused the boy at a variety of locations, including a hotel, his family home, his cousin’s home and in her car, Knewz reports.

During the Mississippi trial, the father of the victim testified that he grew to expect that something terribly untoward was going on between his child and the teacher, Amber Turnage.

And so the dad decided to rifle through the boy’s phone, where he found the shocking evidence that confirmed his fears.

Turnage tried to turn the narrative around, claiming that in fact the boy was the one controlling her. The law disagreed.

The Clarion Ledger reports that Turnage used the gift cards as ploys to keep the boy quiet about the abuse he was weathering.

Tiger Woods seen on crutches as he arrives in Los Angeles, presumably for first time since horrific crash