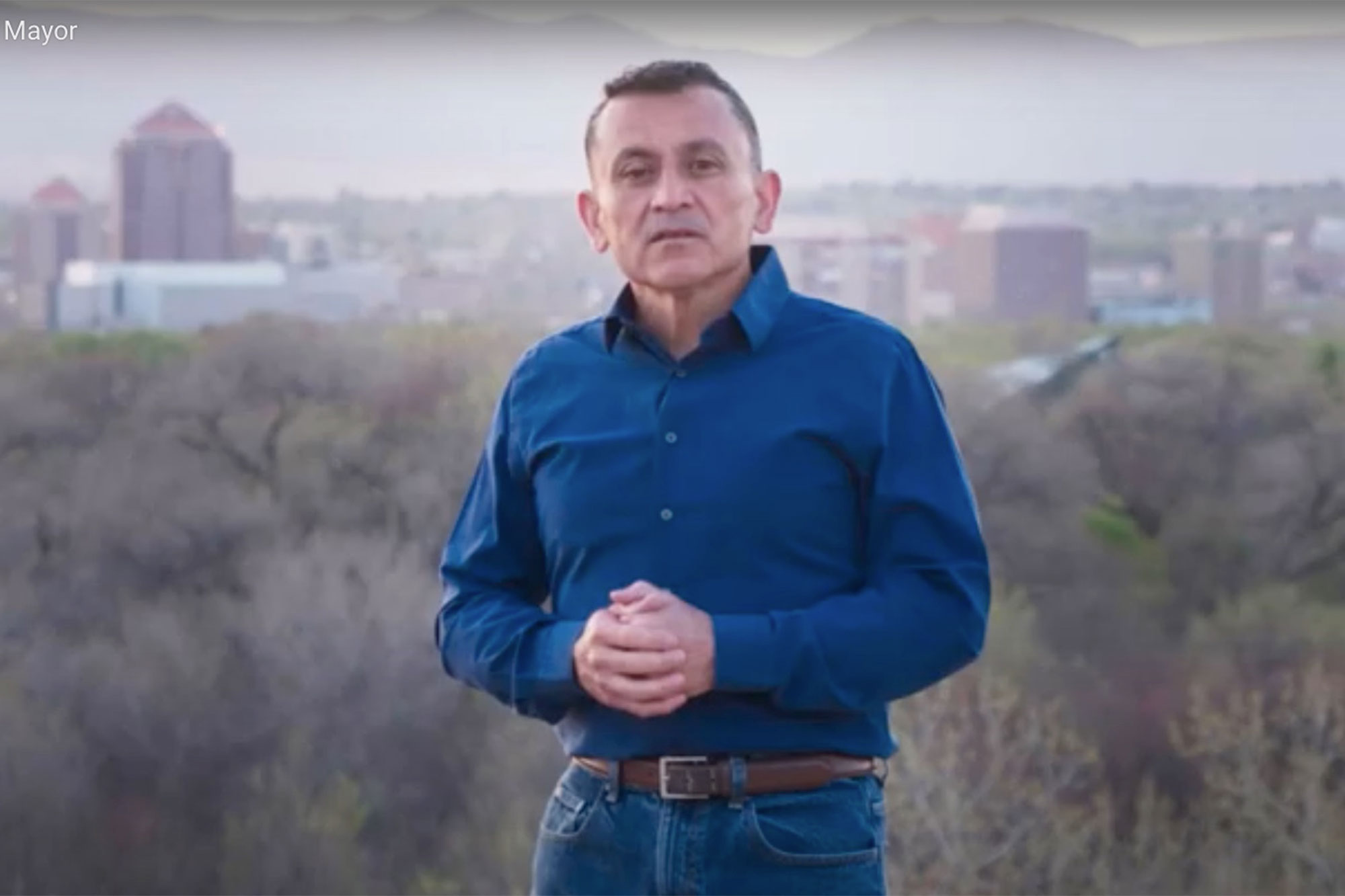 It’s the second time the “Dongcopter” — complete with its own Twitter account — has harassed a New Mexico politician in recent days.

Bernalillo County Sheriff Manuel Gonzales III, who was not injured, brushed off the brazen Tuesday night stunt as the work of “political operatives,” according to The Albuquerque Journal.

The incident, which was partially captured on video, happened as about 70 people gathered to hear the Democrat speak at the Revel Entertainment Center, the paper said.

The venue’s owner confiscated a drone attached to a sex toy that was flying over the stage while the candidate spoke, and 20-year-old Kaelan Ashby Dreyer tried to get it back, according to the report.

“Is that a dong on a drone?” a woman in the audience reportedly asked.

A scuffle ensued and Dreyer threw a punch at the sheriff’s arm while reportedly yelling “he’s a tyrant.”

“He tried to take a swing at me and he glanced across my arm,” Gonzales reportedly said. “He struck me and I just took a step back. It wasn’t anything I was very concerned about. I’ve been in a lot worse situations”

The suspect was arrested on charges of petty misdemeanor battery and misdemeanor resisting, evading or obstructing an officer, the article said.

The candidate said he believes three other people were involved in the perverted exploit, according to the paper.

On Wednesday, Gonzales held a news conference where he accused Dreyer and his cohorts of working for incumbent Mayor Tim Keller, a rival Democrat.

“It was a coordinated effort, very intentional, and these people were trained,” the candidate reportedly said.

“I was trying to answer one of the lady’s questions that was with this group of four that were political operatives for somebody, I believe possibly the other campaign,” Gonzales said, according to the paper.

Keller’s campaign reportedly said it had no part in the stunt, which it called “disruptive, rude and immature”

“To suggest we were behind it is pathetic and the kind of desperation that has marked Manny’s troubled campaign,” Keller campaign manager Neri Holguin told the paper.

For his part, the suspect also dismissed the allegation.

“Manny Gonzales is trying to associate me with Tim Keller or radical leftist behavior,” Dreyer told the Journal. “I’m not a fan of Tim Keller either and identify as libertarian.”

Gonzales has less than three weeks to collect enough signatures to be on the ballet, the article said.

Video posted on a Twitter account entitled “Dongcopter” shows the adult aviation device flying outside a church that was being visited by Republican congressional candidate Mark Moores last week.

The owner of the account changed her background image to show the drone harassing Gonzales, and posted a direct attack on the candidate late Wednesday night.

“For the record @SheriffManny/@MannyForABQ Tim Keller sucks too (more on that later) but at least he isn’t a corrupt cop trump nut who fought against police lapel cams and every other form of accountability for years. We are all dongcopter. Not you tho.”