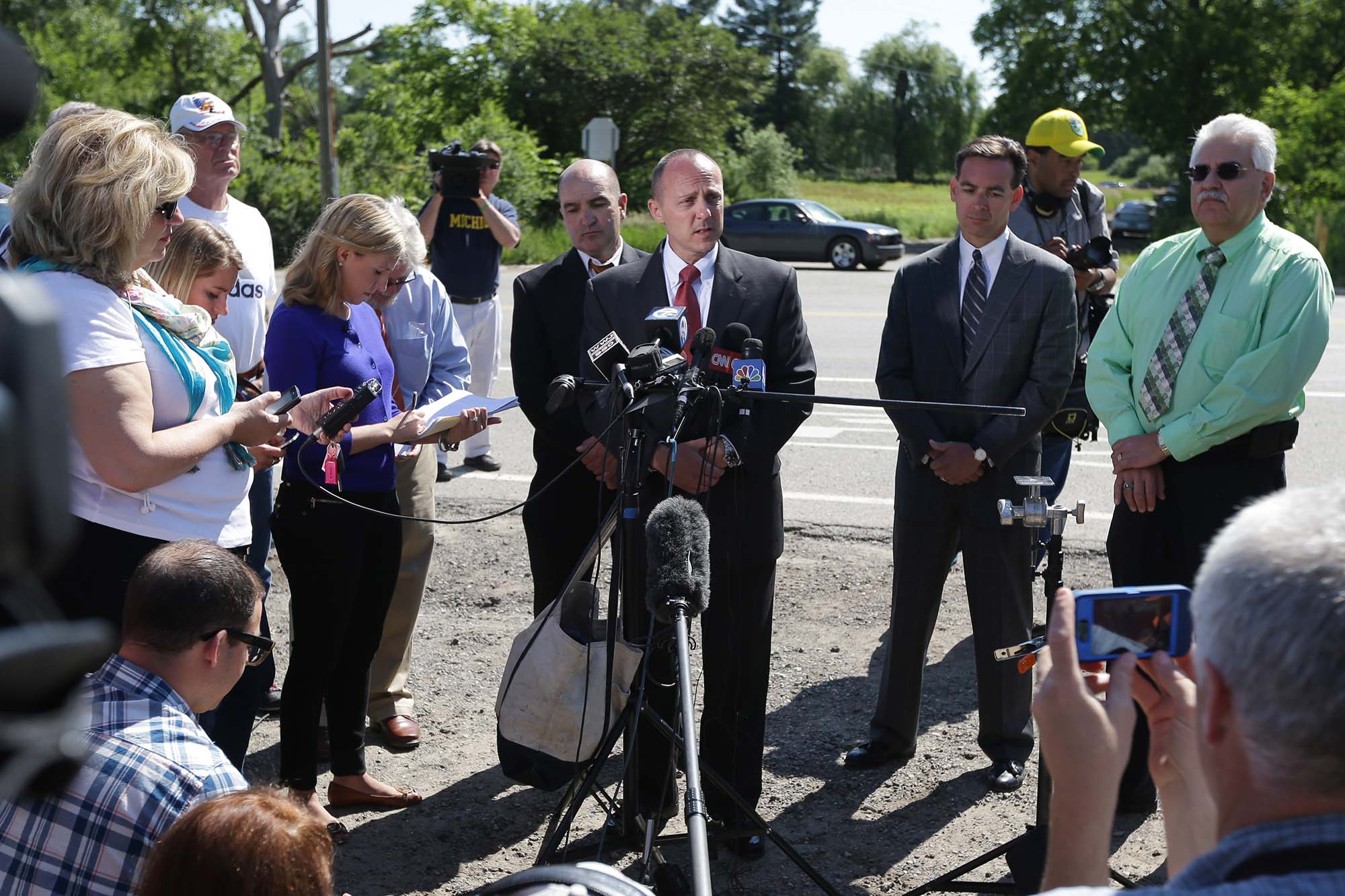 Could Jimmy Hoffa have ended up in a Georgia golf course?

A former defense attorney claims his onetime mob client helped bury the famous Teamsters boss under a hole at a Savannah golf course once popular with Mafia bosses, according to a new report.

“It was so out of the way, it was ridiculous that he would be brought him here to Savannah, Georgia,” Reginald Haupt Jr. told Fox News.

“It made this the perfect place.”

Hoffa’s mysterious disappearance in 1975 has long been presumed to be part of a mob hit — though his body has yet to turn up.

Stories over the years have ranged from it being buried under the field at the old Giants Stadium in East Rutherford, NJ, to a Jersey City landfill co-owned by late mob associate Paul Cappola and late Genovese crime family partner Phil “Brother” Moscato.

But Haupt, a one-time criminal defense lawyer known as “Bubba,” told Fox that Hoffa wouldn’t have ended up in the Garden State.

Instead, Haupt claims the corrupt union boss wound up under the Savannah Inn and Golf Country Club, an exclusive resort on Wilmington Island, where members of the Chicago Outfit would vacation.

Haupt’s former client, Lou Rosanova — identified by the feds as a top member of the Chicago mob — once ran the hotel at the resort.

Known as “Lou the Tailor,” Rosanova, who died in 2003, was allegedly trusted to hide Hoffa’s remains because of his Windy City ties.

The FBI reportedly believed that Rosanova was involved in the Hoffa case and interviewed him about the claim, Haupt said.

According to Haupt, Hoffa’s remains were flown to the private dirt landing strip on the island shorty after he vanished in Detroit on July 30, 1975.

When mobsters and Teamsters would play golf at the resort, Haupt said, they would urinate on the green where Hoffa is supposedly buried.

“At one particular spot on that golf course, they would urinate,” he said. “They would laugh about it, and when you see somebody do that, it sort of rings a bell. That is not ordinary golf etiquette.”

Haupt said he once saw Rosanova urinate on the hole — and once asked his associates about the behavior.

“That’s when he told me, he said, ‘I never had this conversation with you, but you are looking where Jimmy Hoffa is buried.’ I never said another word. I did not ask anybody. The subject was dropped and I never approached it.”

Haupt said the feds have interviewed him several times about his claim. Locals also recalled seeing FBI agents on the course examining the location of the suspected hole, according to Fox.

“They would probably locate him where no one would ever suspect,” he told Fox. “And you don’t go around digging up a golf course.”

The bureau wouldn’t comment to the outlet — but its Hoffa investigation remains open.

“Throughout the nearly 46 years since Mr. Hoffa’s disappearance, people have come forward with tips and information,” the FBI said in a statement. “When we are able to develop credible leads from those tips, we pursue them, and will continue to do so until the case is solved.”

'Shame!' MEPs erupt at next EU president as he signs off from crucial meeting