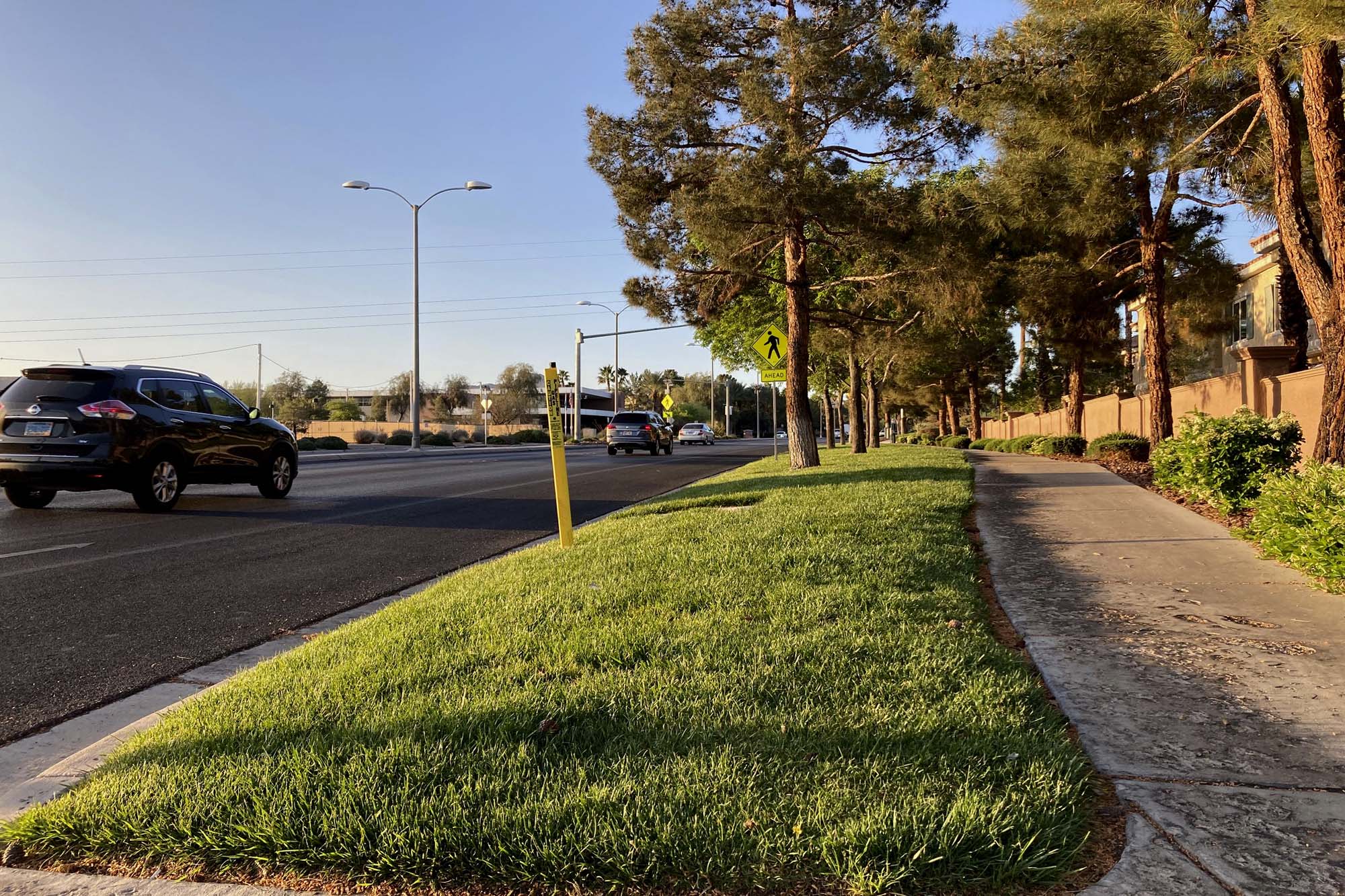 They’re laying down the lawn.

Officials in the Sin City area are pushing for a first-in-the-nation ban on “nonfunctional” grass– turf that isn’t meant for people to walk on — as they seek to boost conservation efforts amid bone-dry drought conditions.

The Southern Nevada Water Authority recently estimated that the Las Vegas metropolitan area has almost eight square miles of “nonfunctional turf” that no one walks on, including in street medians, housing developments and office parks.

“The only people that ever set foot on grass that’s in the middle of a roadway system are people cutting the grass,” said Justin Jones, a commissioner of Las Vegas’ Clark County who serves on the authority’s board.

The board is petitioning the Nevada state legislature to ban decorative grass.

Removing that purely cosmetic greenery would reduce area water consumption by about 15 percent per year — saving approximately 14 gallons of water per person every day, the group estimated.

That would help Vegas as it battles increasingly dry conditions, including a record 240 consecutive days without measurable rainfall last year.

The agency has been working to encourage conservation in a city synonymous with excess since 2003, when it banned developers from installing water-sucking lawns in new developments.

While the lawns of existing properties were grandfathered in, the agency offers their owners $3 per square foot to uproot their lawns.

Jones reassured homeowners that their proposed legislation does not target their yards.

“To be clear, we are not coming after your average homeowner’s backyard,” he said.