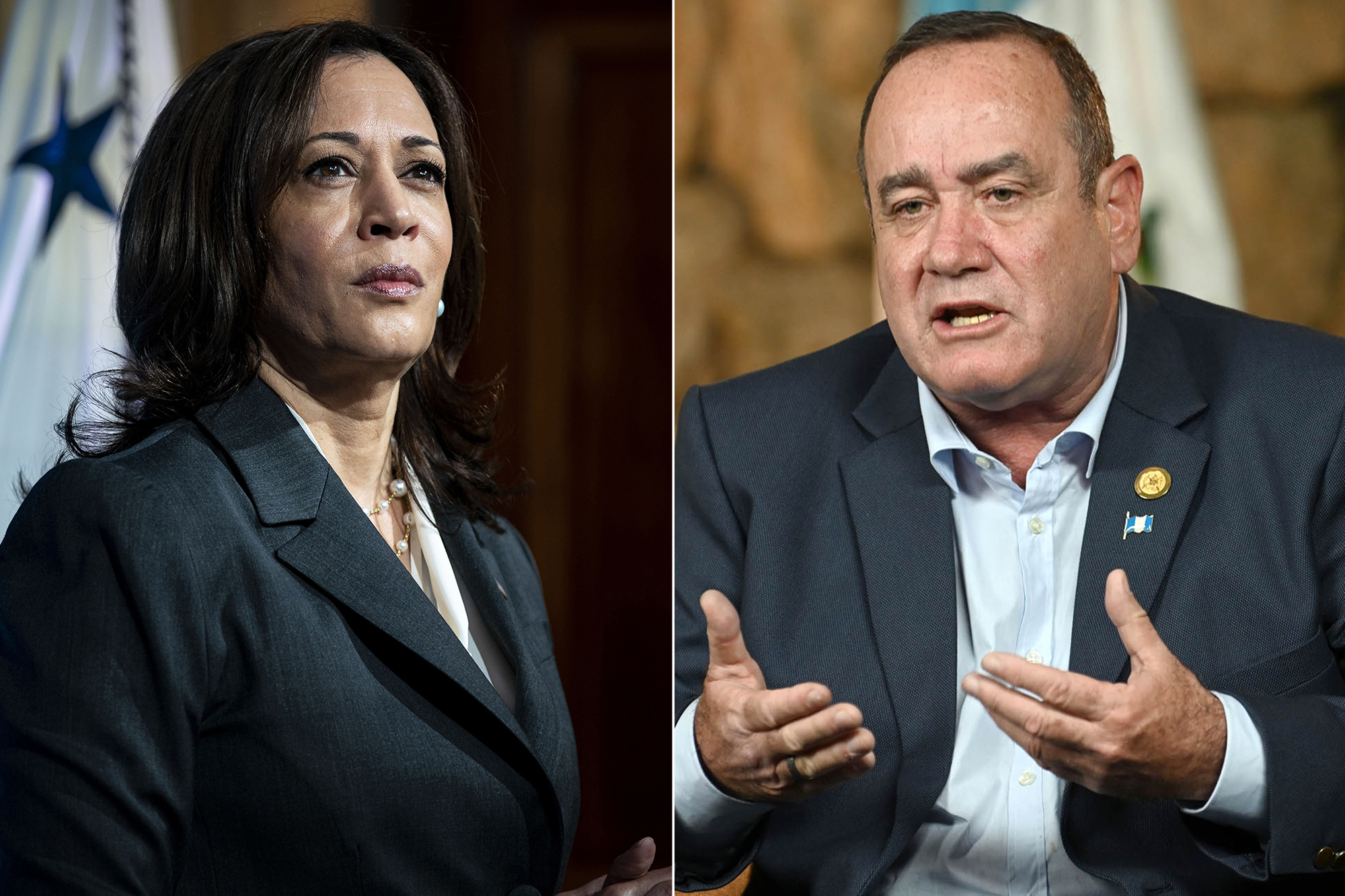 Harris has been President Biden’s point person on addressing the “root causes” of the record migrant surge, but critics question her commitment to the issue, noting her lack of relevant travel and rare public events.

Harris has yet to visit Central America or tour the border — but she has traveled extensively to promote Biden’s nearly $2 trillion COVID-19 stimulus bill and his proposed more than $2 trillion infrastructure package.

The vice president spoke last month by phone with Giammattei, whose citizens form one of the largest groups of migrants illegally crossing the US-Mexico border, and she recently said she plans to visit Guatemala and Mexico, though a date has not been set.

There’s at least a 20-year high in illegal crossings along the border. Although the Biden administration claims it turns away all single adults and most family units under a Trump administration COVID-19 policy, it has allowed all unaccompanied minors to stay at least temporarily in cramped, jail-like facilities.

Biden on March 24 asked Harris to lead the US response to the unprecedented surge of migrants from the “Northern Triangle” — Guatemala, Honduras and El Salvador — in Central America.

But the White House later emphasized she would address only the “root causes” of migration and not border enforcement.

In this role, Harris spoke last month with Mexican President Andrés Manuel López Obrador, but she has yet to speak with Honduran President Juan Orlando Hernández or with El Salvador’s President Nayib Bukele.

Last week, the top Republicans on three House committees wrote in a biting letter to Harris, “it is unclear what, if any actions you have directed or plan to initiate to respond to the crisis that continues to worsen each day.”