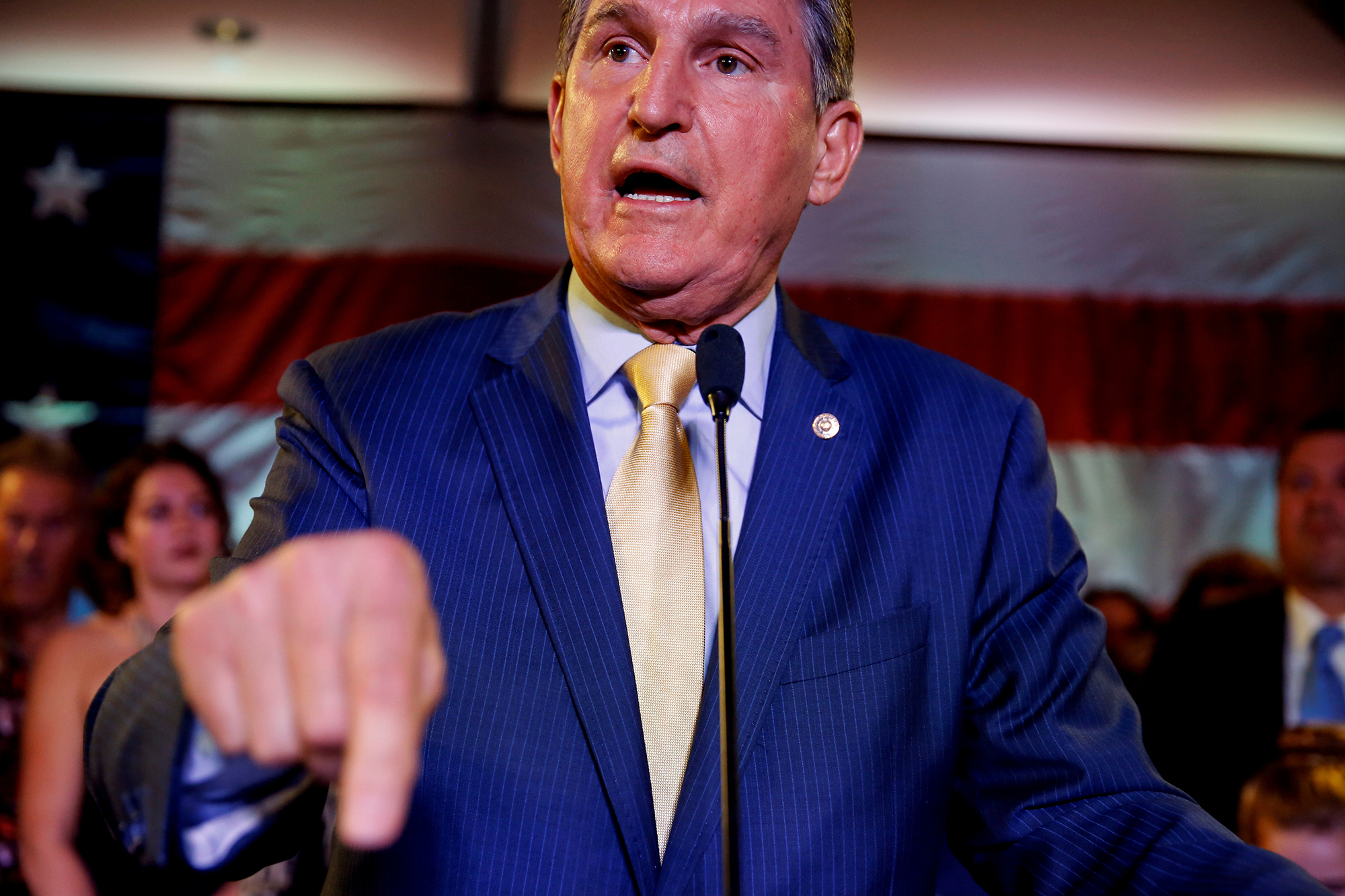 West Virginia Democratic Sen. Joe Manchin on Friday said that he opposes a bill to make Washington, DC, the 51st state — effectively killing a push by fellow Democrats that would all but guarantee them two more seats in the Senate.

Manchin said that he believes a constitutional amendment is required, rather than a House-passed bill that would shrink the federal district and admit the remainder of DC as a new state.

A constitutional amendment won’t happen. It would require two-thirds support in each chamber of Congress and ratification in three-fourths of states.

DC statehood would result in two new senators and one new voting member of the House. All likely would be Democrats, given President Biden took more than 92 percent of the city’s vote last year.

House Democrats passed a DC statehood bill for the first time last year along party lines — and did so again this month. The last time DC statehood had received a House vote, in 1993, it failed with just one Republican vote and almost half of Democrats opposed.

In the intervening years, local Democrats pushed into party orthodoxy a proposal to shrink the federal district described in the Constitution to only include the White House, the US Capitol and federal buildings flanking the National Mall.

Although the idea has won near universal backing among Democrats, it has not swayed centrist Republicans in the Senate, where Democrats hold a bare 50-50 majority with Vice President Kamala Harris breaking ties in their favor. Typical swing-voting Sens. Mitt Romney (R-Utah) and Lisa Murkowski (R-Alaska) indicated they didn’t support the bill.

Manchin’s opposition to the bill greatly reduces the likelihood that Democrats would abolish the 60-vote procedural filibuster that requires a supermajority to pass most bills in the Senate.

Conservative opponents of DC statehood have long advocated that DC be given back to Maryland if residents want voting representation in Congress and have put forward an array of arguments premised on the views of the Founding Fathers.

But former President Donald Trump forged new ground last year by telling The Post — in his first remarks on DC statehood as president — that Republicans must oppose the idea because it would benefit Democrats.

“DC will never be a state,” Trump told The Post. “You mean District of Columbia, a state? Why? So we can have two more Democratic — Democrat senators and five more congressmen? No thank you. That’ll never happen.”

Trump added: “They want to do that so they pick up two automatic Democrat — you know it’s 100 percent Democrat, basically — so why would the Republicans ever do that? That’ll never happen unless we have some very, very stupid Republicans around that I don’t think you do. You understand that, right?”

“They want to tell you what kind of car you can drive. What sources of information are credible. And even how many hamburgers you can eat,” he said. “And they want to codify all this by making the swamp itself, Washington, D.C., America’s 51st state. With two more liberal senators, we cannot undo the damage they’ve done.”