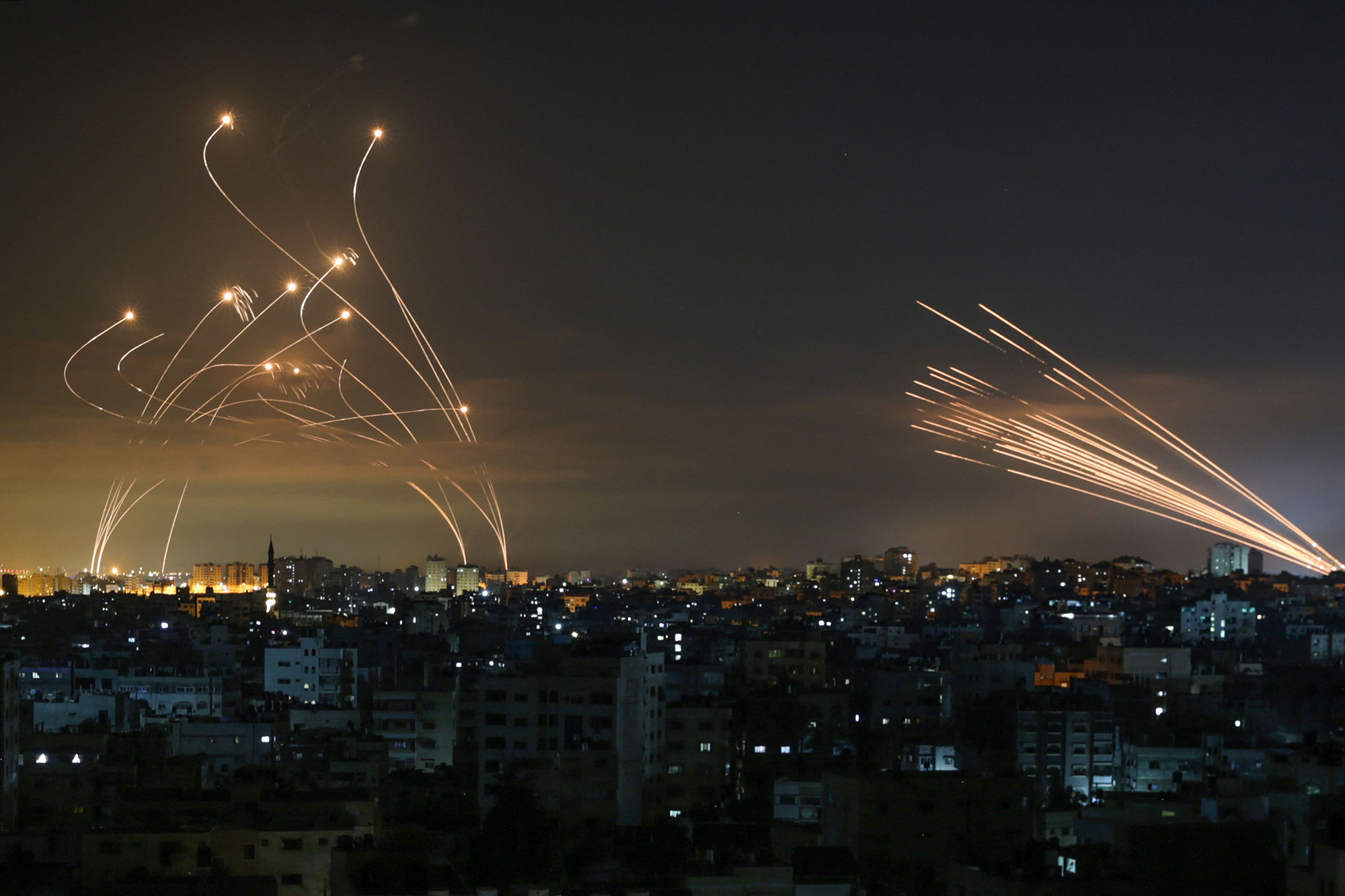 The image, shot early Friday morning, captured the flames from more than a dozen rockets as they streaked in straight lines from the right, near the city of Beit Lahiya in the northern Gaza Strip.

On the left side of the picture, the trails from interceptor missiles swirl in the dark sky, leading back to launch sites on the ground.

Israel has claimed an 85 to 90 percent success rate in destroying incoming rockets during the conflict that erupted earlier this week, despite what a military spokesman told The Post were efforts “to overwhelm the system.”

The Iron Dome, developed with US financial and technical support, was first deployed in 2011 against Soviet-designed Grad rockets fired from Gaza toward the Israeli city of Beersheva.

It has the “ability to counter cruise missiles, drones and more,” including “threats that don’t even exist in the field at this time, but will probably emerge in the coming months,” Moshe Patel, head of the Israeli Defense Ministry’s Homa directorate, told the right-wing paper Israel Hayom.

The area around Beit Lahiya was the focal point of a massive Israeli bombardment to destroy Hamas’ sprawling network of terror tunnels late Thursday night.

The military assault — which marked the biggest Israeli strike since fighting broke out earlier this week — saw more than 160 aircraft fire about 450 missiles, with ground troops launching another 500 shells.