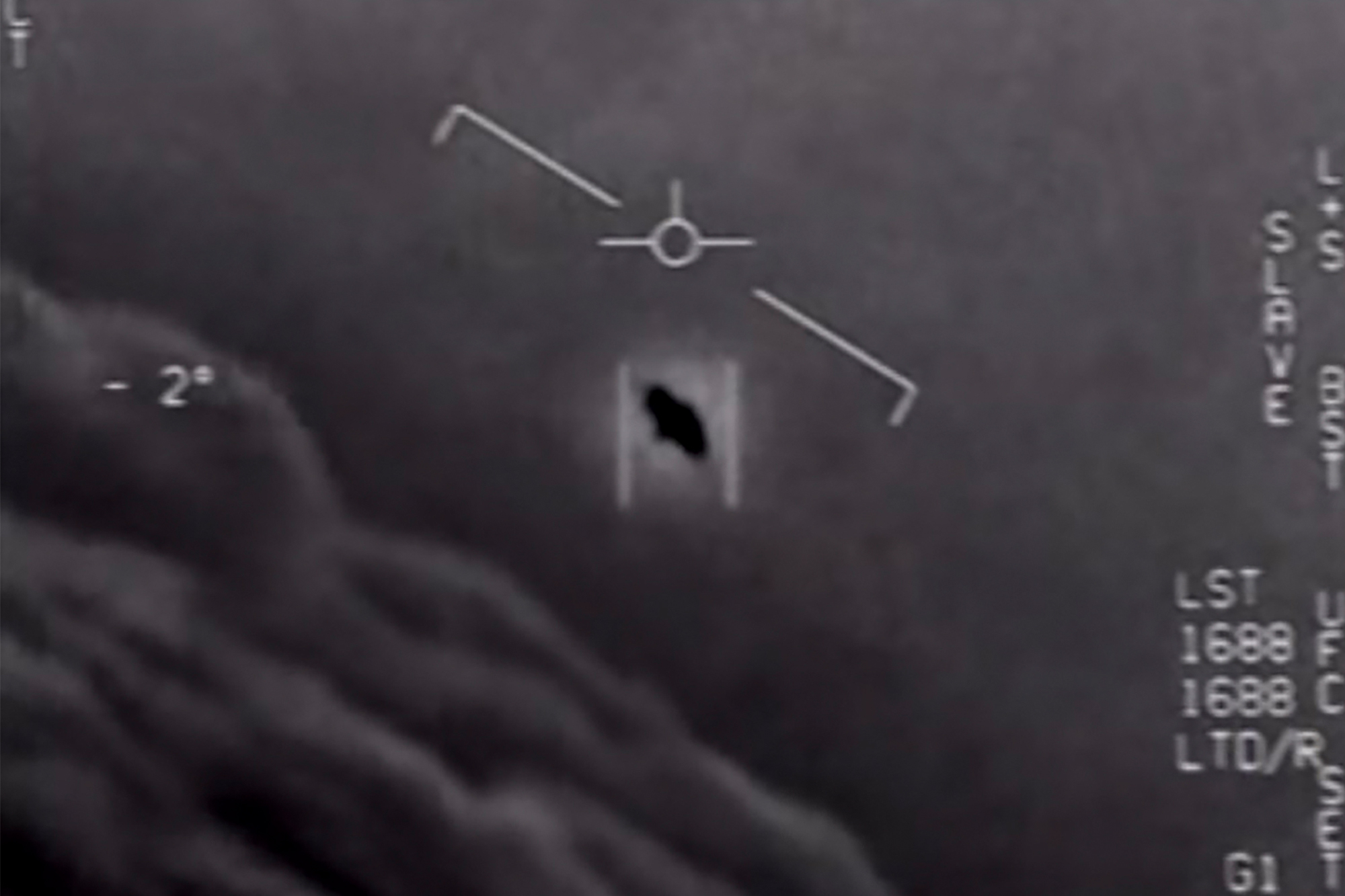 The UFO resembling a “white Tic Tac” spotted in 2004 by Former U.S. Navy pilot Cmdr. David Fravor while on duty at the USS Nimitz is back – but this time it’s floating over England.

Pictures of the notorious UFO were snapped by Lucy Jane Castle, from Hinckley in south-west Leicestershire, managed to grab a snap of the unexplained object and posted it on a UFO hunter’s Facebook page, which was found by the Daily Star.

“It was hovering for a while and within a blink of an eye it had gone,” Castle said.

“Never seen anything like this before in that shape… Quickly took a picture while it was very still and within a blink of an eye it disappeared.”

Dan Watson, a fellow of the private UK UFO Sightings group, then posted a pic of two similar objects he claims to have seen over Swindon last year and a man called Terry Moore noted: “Sightings have Increased massively..from what I’ve heard US military had 6000 sightings last year alone..so either we’re being visited or someone has some new tech.”

In a 2017 interview, Fravor, who was on a routine training mission about 60 to 100 miles off the coast between San Diego and Ensenada, Mexico, described his initial sighting as a “white Tic Tac, about the same size as a Hornet, 40 feet long with no wings… Just hanging close to the water.”

The object didn’t create rotor wash — air turbulence caused by helicopter blades — and mirrored the pilots’ movements as they got closer, then disappeared altogether.

The retired Navy man spoke out after the Pentagon confirmed that a top-secret initiative called the Advanced Aerospace Threat Identification Program studied UFOs between 2007 and 2012 with a budget of $22 million.