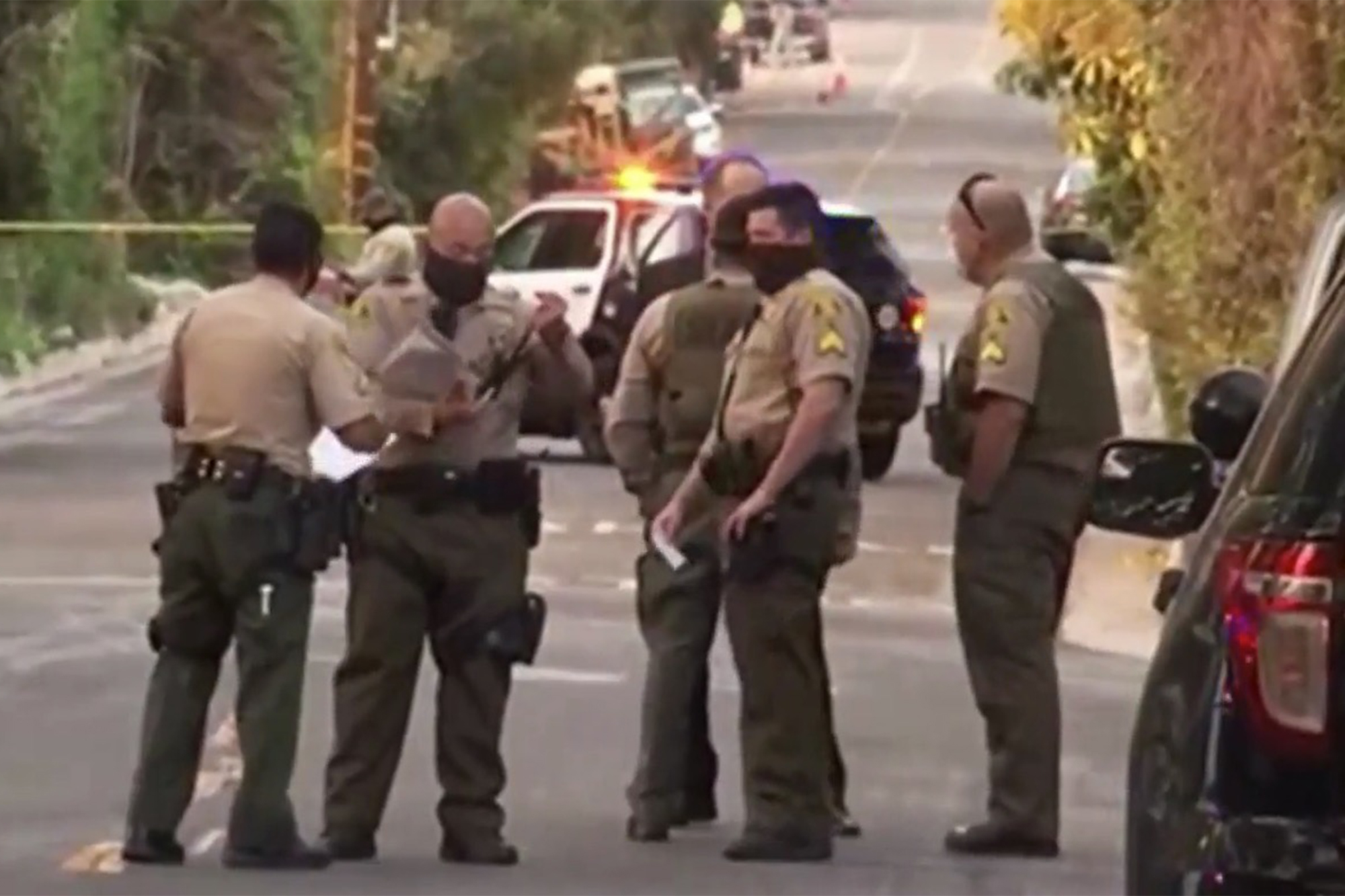 A California man was busted in connection to a double murder after he was seen on a Zoom call hauling out one of his victims, authorities said.

Robert Cotton, 32, has been accused of fatally stabbing his mother, Carol Brown, 67, and his uncle, Jenneth Preston, 69, in an attack partially captured during the Monday afternoon video conference, the Pasadena Star-News reported.

Brown, an administrator at Pasadena City College, had been on the Zoom call in his mom’s living room when the attack began at her Altadena home, the outlet reported.

One of her colleagues spotted a man dragging another man outside and called 911, the Los Angeles County Sheriff’s Department said.

The same man who was seen hauling the other out then came back and attacked Brown, Lt. Barry Hall told news station KTLA.

By the time deputies arrived at the scene, Preston was unresponsive on the driveway, while Brown’s body was discovered inside the home, the outlets reported.

While authorities were investigating, Cotton returned in one of the victim’s vehicles and identified himself as a resident of the home, deputies said.

Cotton was detained and booked on two counts of murder, authorities said.

“Dr. Carol Brown, who most recently served as a co-coordinator of the Black STEM program, was the victim of a violent crime where she and her brother lost their lives,” President Erika Endrijonas said, Pasadena Now reported.

“The incident occurred during a remote conference call with other college employees,” she added.

Police have not released a motive for the killings.

Cotton is being held on $2 million bail and expected to appear in court Thursday, according to court records.

All aboard! Biden helps Amtrak mark 50 years on the rails