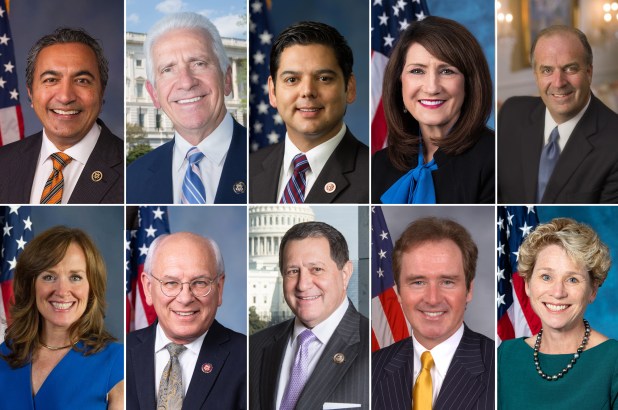 The House GOP’s campaign arm added 10 new districts to the target list they see as viable pick-ups on Tuesday.

The additions to the list come shortly after census information was released that determined some blue states would lose congressional districts.

“Republicans are on offense all across the country,” NRCC Chairman Tom Emmer (R-Minn.) said in a statement.

“Every House Democrat is facing an uphill battle having to defend their toxic socialist agenda that prioritizes trillion-dollar tax hikes on the middle class, opens our borders, closes our schools and defunds the police.”

Republicans need to pick up just five seats to take back the House, with GOP lawmakers expressing optimism about their odds given historic trends and redistricting falling in their favor.

It was announced last month that Texas is set to add two House seats, Colorado, Florida, North Carolina and Oregon will each add one seat while Illinois, New York, Ohio, Pennsylvania, West Virginia, Michigan and California will each lose one.

The lingering questions about the clearing of Lafayette Square