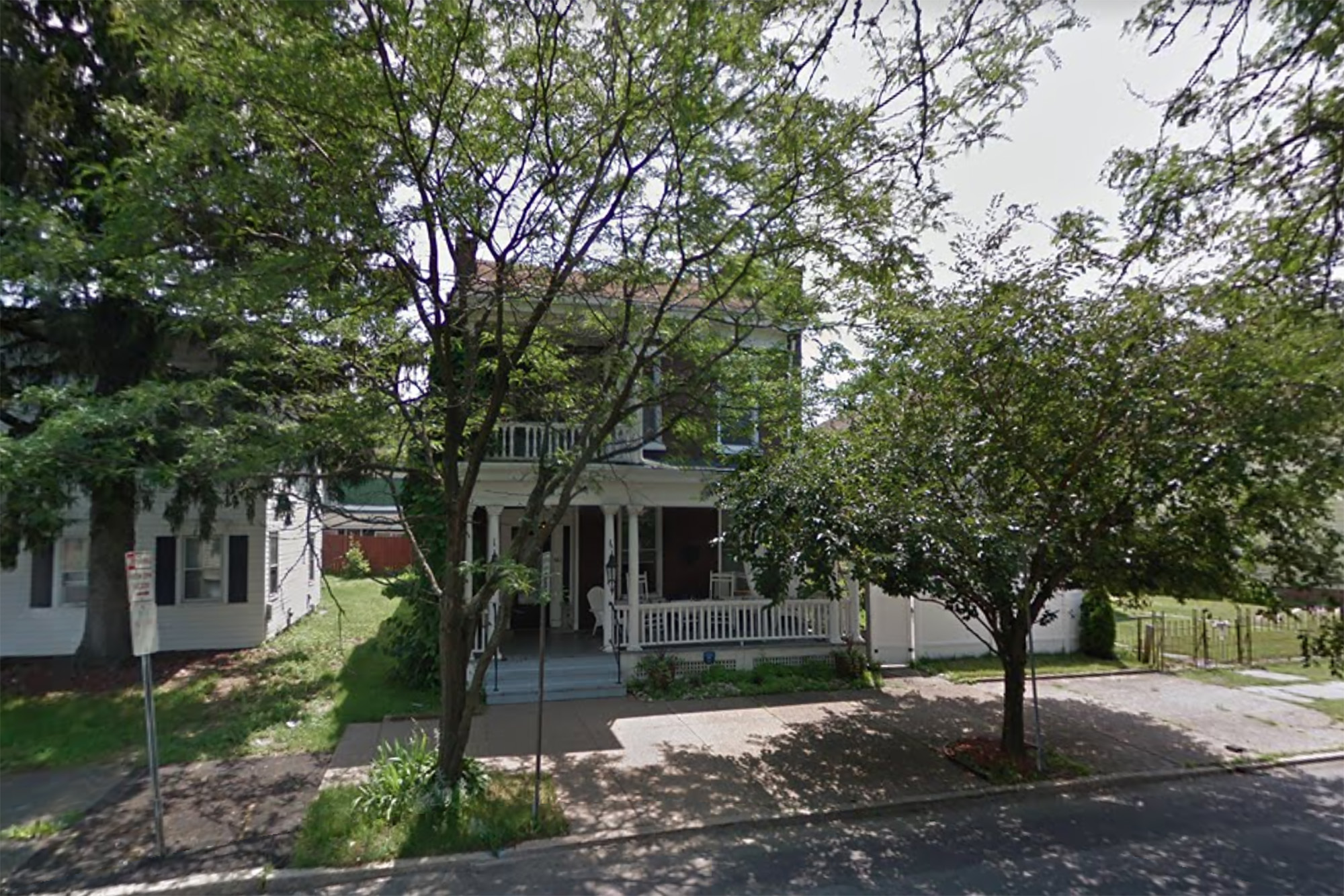 A spooky historical residence in upstate New York that is allegedly home to nine ghosts recently hit the market for $444,444 — a listing price that’s a nod to the paranormal.

The Enslin Mansion in Troy’s Lansingburgh neighborhood has been featured in shows on Discovery ID and TLC and its queen bedroom has been listed on Airbnb for those daring enough to stay the night.

Constructed in 1890, the home is currently owned by Michele Bell, a self-described empath who told The Times Union her great-grandfather, Frederick A. Feyl, bought the property in 1919.

Bell said five of the ghosts are members of her family, including her late son Nick.

Another spirit is Shirley, a one-time boarder who was found dead in the basement. The other three ghosts are unidentified men, according to Bell.

Bell keeps the basement locked and said it’s been the site of spiritual activity.

Paranormal investigators have detected some ghostly activity in the home, the report said.

Bell is hopeful a young couple will buy the house and said she doesn’t plan on changing the asking price.

The number 444 is considered to be a sign of encouragement sent from guardian angels. The so-called “angel number” is supposed to help someone through a difficult time in their life.