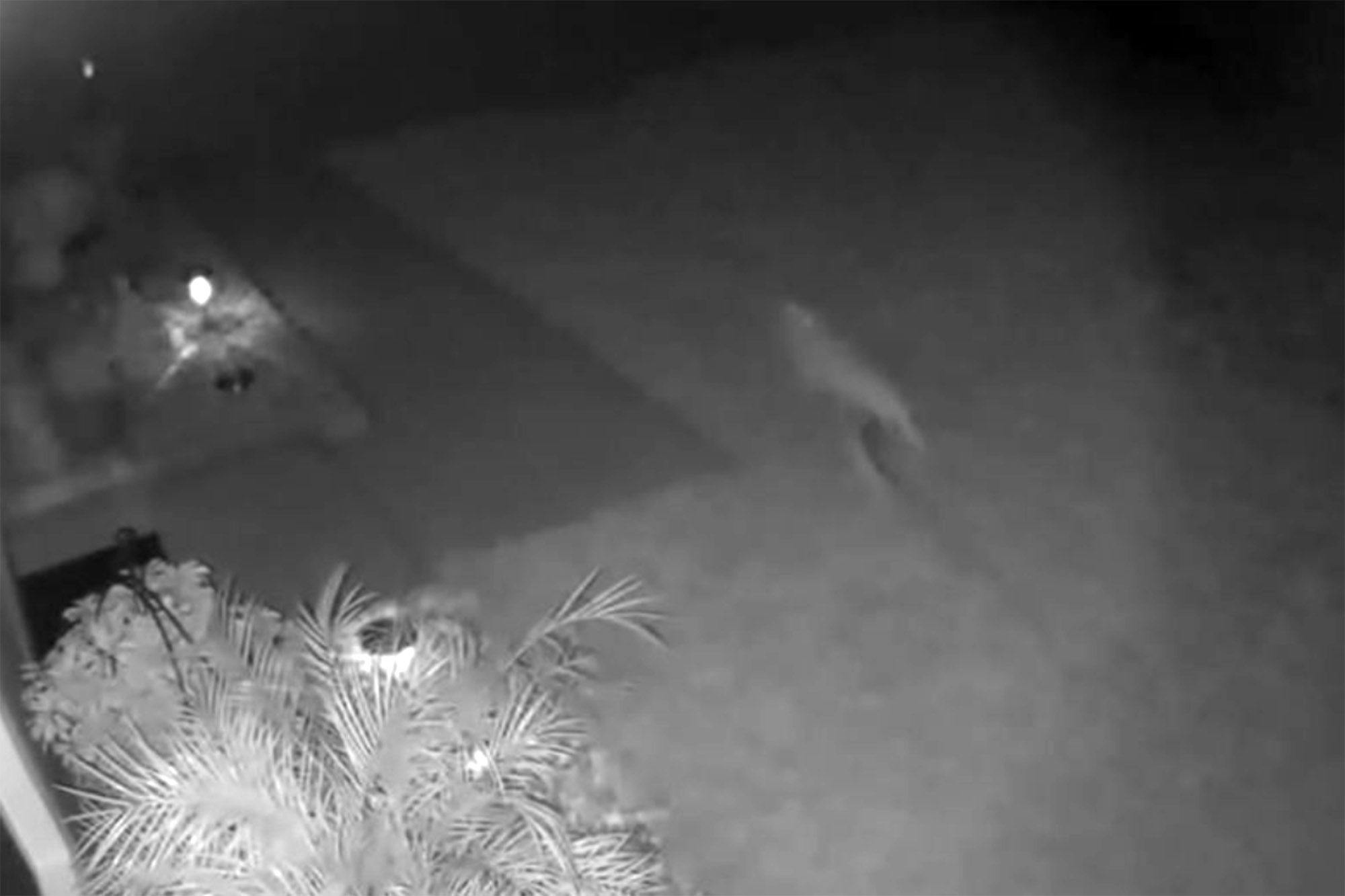 A Florida woman believes she saw a baby dinosaur scampering through her backyard — and she caught the prehistoric sighting on video, reports said.

Cristina Ryan shared her home security footage with FOX 35 on Saturday after cameras captured a strange creature running through her property last week in the middle of the night.

“Any animal we can come up with that would be ‘walking’ at 3:40 in the morning, wouldn’t walk this way,” Ryan told the outlet.

“Maybe I’ve watched ‘Jurassic Park’ too many times, but I see a raptor or other small dinosaur!”

The footage briefly captures some sort of creature that appears to have an elongated body and a reptilian like thick tail dashing through the yard and everyone Ryan has shown the video to has come up with the same conclusion: it must be a baby dino.

“Some say a large bird, but that makes no sense — since whatever it is appears to have front legs.  So not sure?” she joked.

“I’m sticking with raptor myself.”

A few people who’d seen the video commented online that it was likely some sort of lizard or even a dog.

“Looks like a Komodo dragon or some type of lizard!” one person wrote.

“That is a dog wearing a harness dragging a leash. You can see all four legs and the harness and leash dragging behind it,” another commented.

Another figured it had to be an exterrestrial.

“UFO recently sighted and guess this could be the CEO checking things out.”

Sean Kazmar makes it back to majors after 13-year absence

Live updates: Biden to meet virtually with bipartisan group of governors on ‘best practices’ for vaccinations