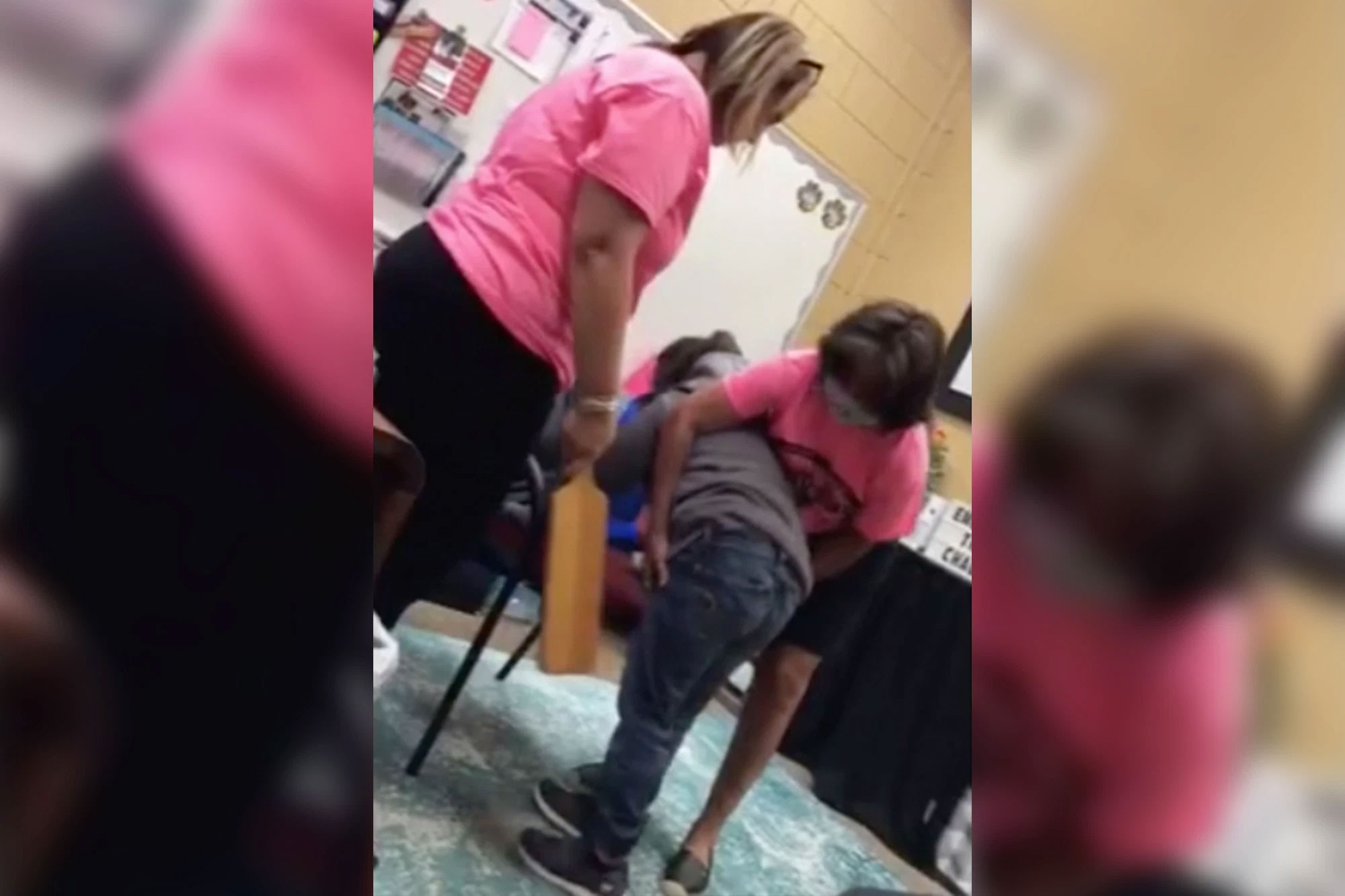 A Florida elementary school principal who was caught on camera smacking a 6-year-old girl with a paddle did not commit a crime, according to officials.

The State Attorney’s Office found that using a paddle to spank a child does not cause “great bodily harm,” or amount to child abuse, according to Wink News.

The child’s mother was in the Central Elementary School classroom on April 13, and recorded the corporal punishment, which was doled out after the girl damaged a computer.

The parent went to police with footage of Melissa Carter striking the child three times with a wooden paddle.

Carter and Cecilia Self, a clerk at the school, reportedly told authorities that the girl’s mother requested the school spank her daughter. Under school policy, teachers are only allowed to paddle students if the parent is present, according to the report.

The child’s mother told police that she went to the school to observe the punishment, but was “confused” due to a language barrier and “did not understand the process correctly,” the outlet said.

Prosecutors found that the concerned mother knew about the paddling, and wrote in their review “a parent has a right to use corporal punishment to discipline their children, and similarly has the right to consent that others do so on their behalf,” according to the article.

Officials dismissed a suggested charge of aggravated battery, writing “it is clear using a paddle to spank a child is not likely to cause death or great bodily harm.”

On Wednesday, Louisiana lawmakers struck down a proposal that would have banned spanking in schools.