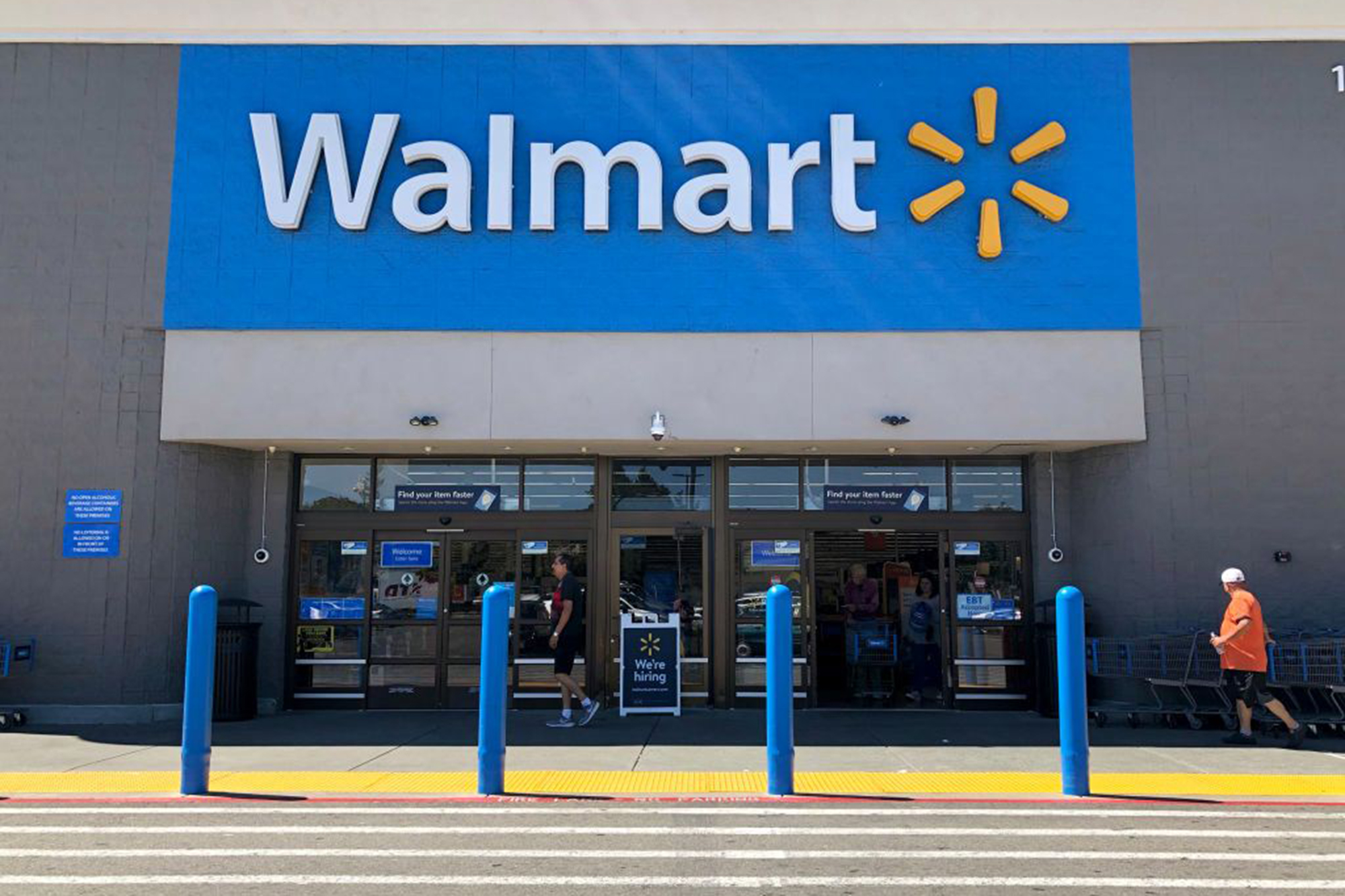 An enraged ex-Walmart employee crashed his car into a Concord, North Carolina, location, driving down several aisles of the store before he was stopped, the Atlanta Journal-Constitution reports.

The terrifying incident unfolded at 6 am on Friday, police said.

The early hour meant there were no customers on site, but a number of employees — the man’s former colleagues — were in the store at the time of the collision.

Incredibly nobody was injured in the reckless incident, however there was significant damage to the facility.

A former Walmart employee was arrested after police said they crashed a car through the front doors of a Concord, North Carolina, store Friday morning, according to multiple news reports.

North Carolina shoppers kept pulling into the parking lot of the Walmart in the wake of the furious ex-employee’s vehicular assault, but were turned away.

The store was closed for the day after it was transformed into a messy crime scene.

They say Gentry is currently in the Cabarrus County Jail being held on a $100,000 bond.

The former Walmart employee is looking at felony charges from North Carolina authorities.

These include assault on a government official with a deadly weapon, and breaking and entering.

WSOC-TV spoke with Lauren Vanarsdale, a Concord, North Carolina, resident who expressed her disgust over the former Walmart Employee’s actions, saying, “What possesses somebody to do that?”

When officers got to the Walmart, they went inside and confronted the driver, taking him into custody without incident.

North Carolina authorities report that Gentry was an employee at the Walmart until last week, when he was fired.

The local cops have not released a motive.

CBS 17 reports that a Concord, North Carolina, police spokesperson indicated that the ex-Walmart employee “may have had some problem with the way the management was handling the issue he had with them.”

The statement continued: “If you take a car through a Walmart there’s going to be extensive damage, the aisles are wide enough, so there was a lot of property damage.”

Customers were shocked and disturbed when they found out why the store’s entrance was blocked. “To hear that somebody drove through the Walmart is very disturbing, to be honest with you,” one customer told FOX 46.