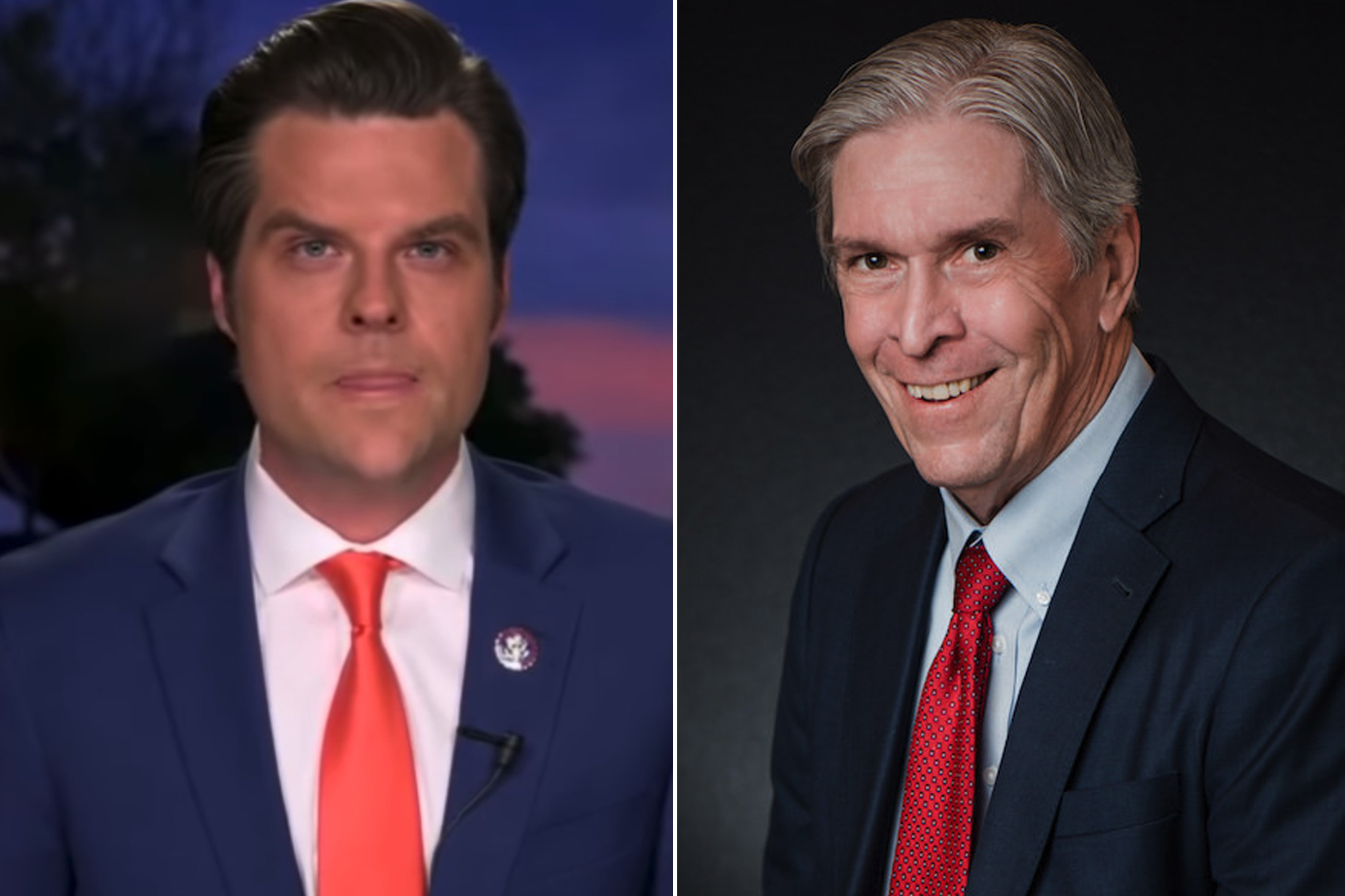 The former Department of Justice official accused of trying to extort $25 million from Rep. Matt Gaetz slammed the allegations as a “blatant attempt to distract” from the federal sex-trafficking probe that’s underway.

David McGee, a former federal prosecutor in Florida who is now working at the firm Beggs & Lane, denied blackmailing Gaetz, who is under investigation for his alleged sexual relationship with a 17-year-old girl.

“It is completely false,” McGee told the Washington Post. “It’s a blatant attempt to distract from the fact that he’s under investigation for sex trafficking of minors.”

McGee added, “I have no connection with that case at all, other than, one of a thousand people who have heard the rumors.”

After news of the probe involving Gaetz broke on Tuesday, the Florida congressman accused McGee of trying to shake his family down for $25 million.

The Republican claimed the existence of the DOJ probe was leaked to the media in an effort to thwart the FBI investigation into the alleged extortion plot.

“On March 16, my father got a text message demanding a meeting wherein a person demanded $25 million in exchange for making horrible sex trafficking allegations against me go away,” Gaetz said on Fox News, while identifying that person as McGee.

Gaetz called on the FBI to release the tapes — and McGee welcomed that idea.

“If there is a tape, play the tape,” McGee said. “There is nothing on that tape that is untoward. It is a pleasant conversation of a dad concerned about his son and the trouble his son was in.”

McGee told the Washington Post that Gaetz’s father had “called me and asked to talk to me” but did not elaborate on the conversation.

Gaetz, 38, a close ally of former President Trump, denied the allegations that he was involved with a minor.

“In the strongest possible terms. I deny that I have ever been with someone underage,” he told The Post Tuesday. “That is false.”

He said he became aware of the probe after two of his ex-girlfriends were contacted by authorities.

“They were asked why I had given them plane tickets, money, and other interactions. They were in their 20s,” he said.