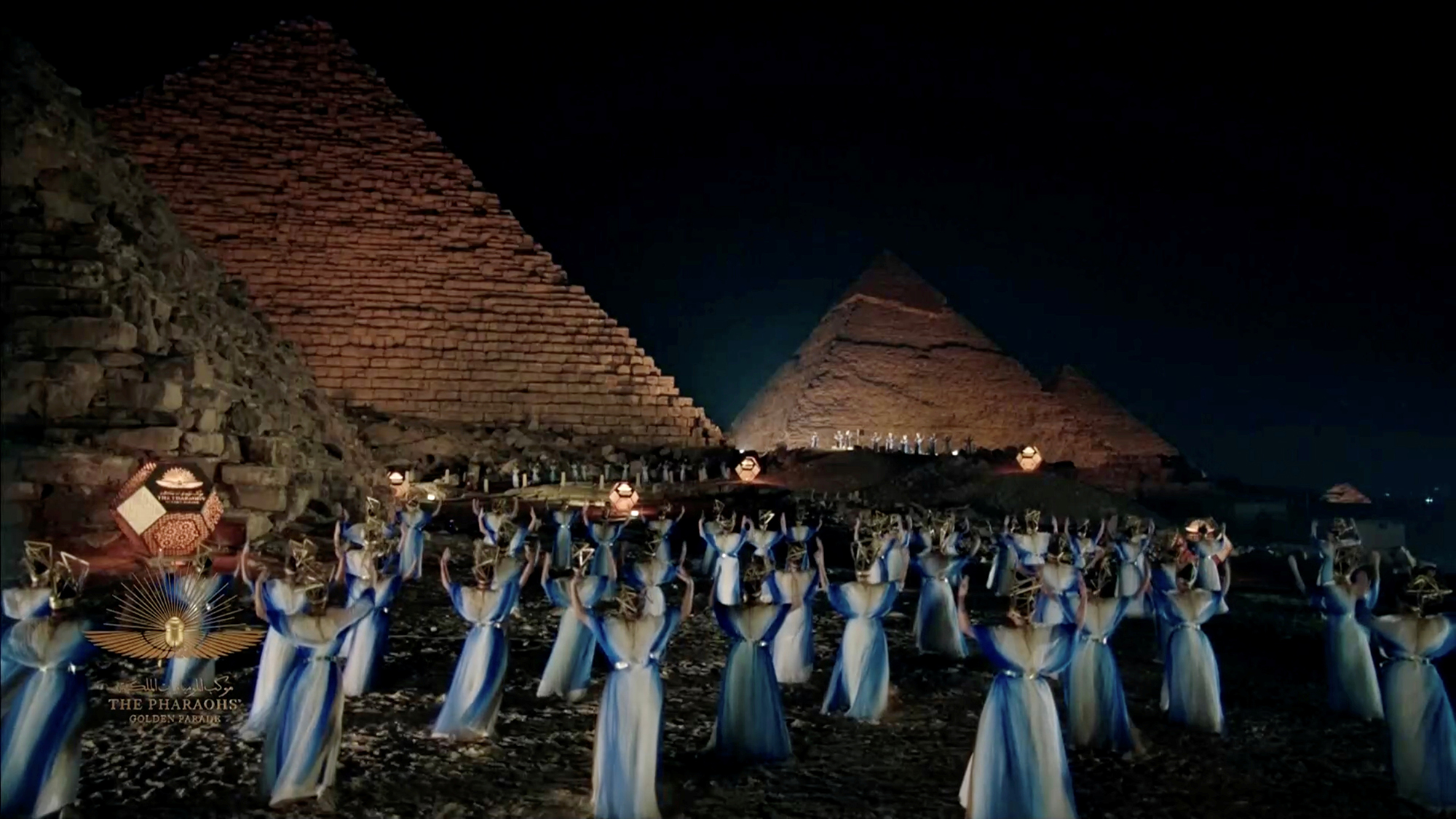 Egyptians and people around the world witnessed what was called the “Golden Parade” Saturday evening, as 22 of the country’s ancient rulers rolled through the streets of Cairo in a lavish, multi-million dollar extravaganza.

Included in the parade was King Ramses II, the superstar pharaoh of the New Kingdom, who ruled for 67 years.

Cairo closed down roads along the Nile for the parade, aimed at bringing attention to Egypt’s rich collections of antiquities at a time when COVID-19 restrictions have almost obliterated tourism, Reuters reported.

Each mummy was placed in a nitrogen-filled capsule and borne along in climate-controlled carts fitted with special shock absorbers. They were accompanied by replicas of horse-drawn war chariots.

The mummies were moved so they could benefit from a more sophisticated display at the new museum, said Egyptian archaeologist Zahi Hawass.

“We chose the Civilization Museum because we want, for the first time, to display the mummies in a civilized manner, an educated manner, and not for amusement as they were in the Egyptian Museum,” he said.

The mummies were discovered by archeologists in two batches at the mortuary temples of Deir Al Bahari in Luxor and at the nearby Valley of the Kings beginning in 1871.

Uprooting the mummies — again — sparked talk of “pharaoh’s curse” on Twitter, according to reports. Some cited the ship stuck in the Suez Canal last week as evidence.

“Death will come on quick wings for those who disturb the king’s peace,” the warning on the tomb of Tutankhamun read, before British archaeologist Howard Carter opened it in 1922.

Some of Carter’s men later fell prey to freak accidents and death, lending credence to the mythological curse. But archaeologists and scientists now say they were likely linked to being exposed to dust and germs in the sealed caverns.

Hawass said the notion of the Suez Canal mishap — and even a recent train accident in Egypt and a building collapse — were all coincidences and not part of some ancient jinx.

“We have discovered dozens of graves before and excavated mummies, and nothing happened. Royal mummies were transferred more than once before that, and the curse of the pharaohs did not happen,” Hawass told Egypt Independent.

The oldest of the royal mummies is that of Seqenenre Tao, the last king of the 17th Dynasty, who reigned in the 16th century BC and is thought to have met a violent death.

The parade also included the mummies of Seti I, and Ahmose-Nefertari.

“By doing it like this, with great pomp and circumstance, the mummies are getting their due,” said Salima Ikram, an Egyptologist at the American University in Cairo.