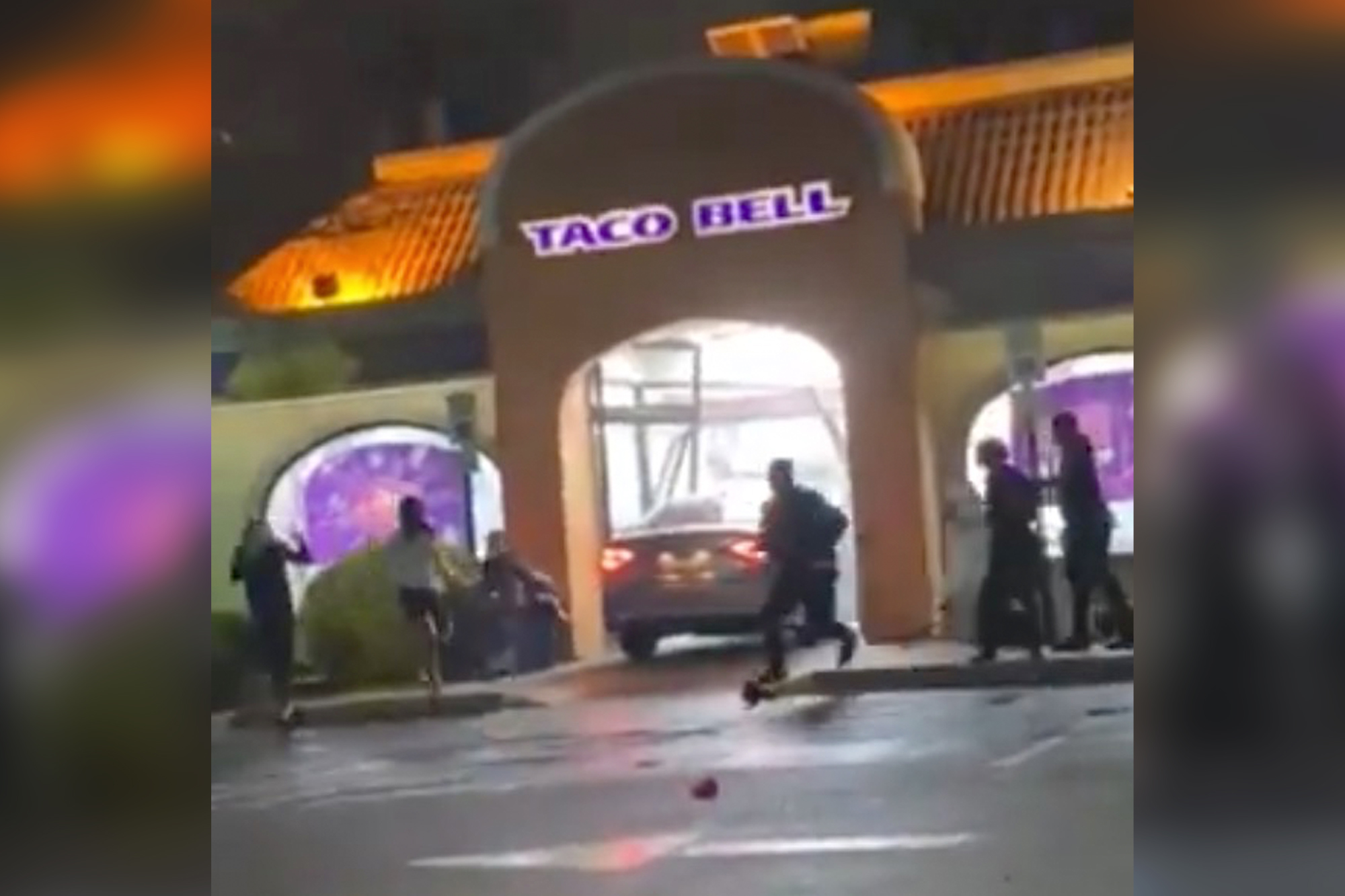 An argument outside a Taco Bell in Maryland became a little too spicy when a driver plowed into a crowd of people — then crashed through a glass door into the restaurant, according to a video.

In the wild footage, a group of people are seen shouting at each other in front of the fast food joint in Waldorf at around 10:20 p.m. Wednesday before the driver hits the gas — striking at least two people and smashing into the restaurant, according to ABC 7 News.

“Blow that b-tch up!” a man yells in the video, before glass begins to fly.

Two women in the car had allegedly just picked a fight with a worker in the drive-thru window and assaulted her before jumping back in the car, according to the thebaynet.com

Two people were treated at the scene by paramedics and one person was taken to a hospital with non-life threatening injuries.

Police were still searching for the driver on Thursday.