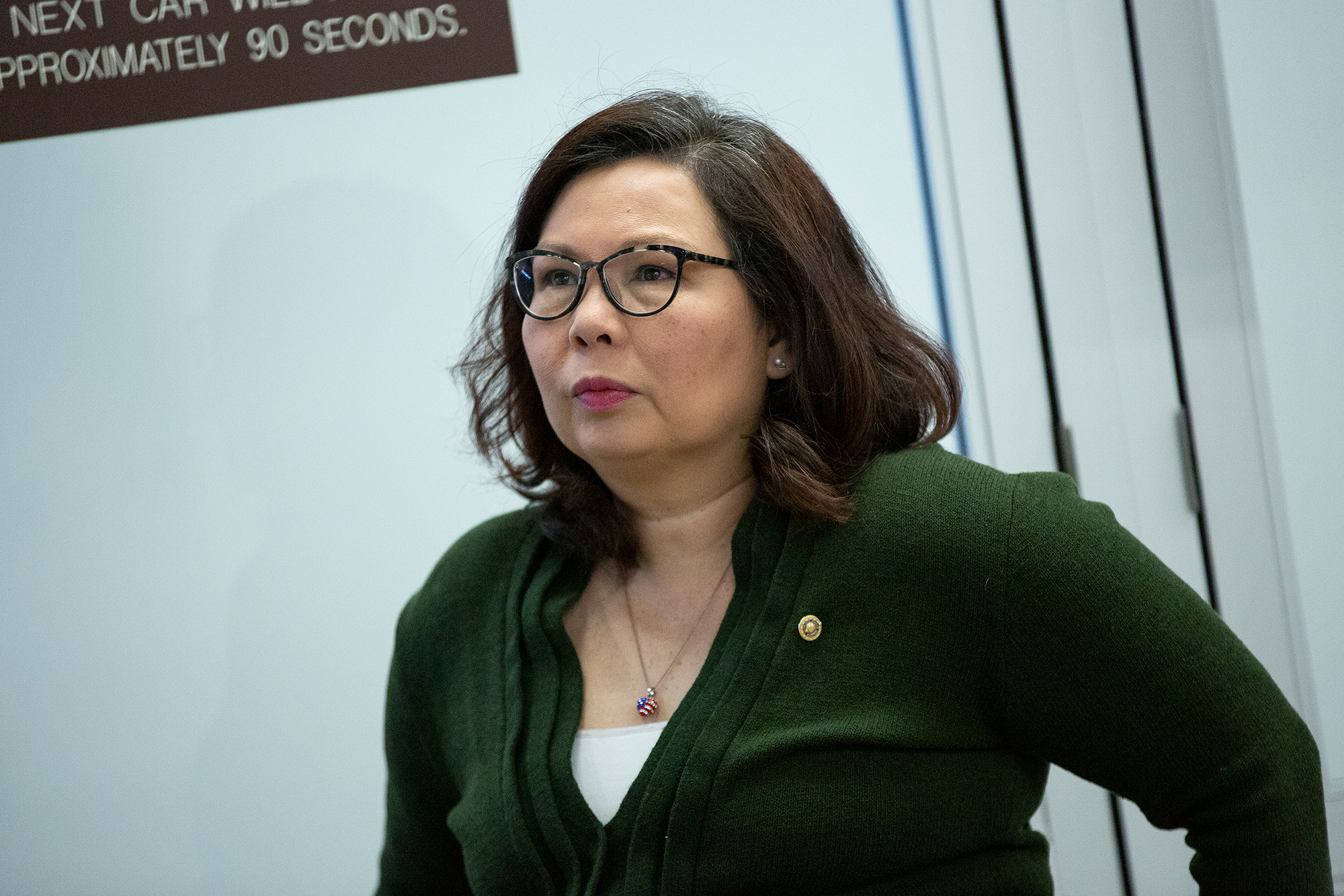 Illinois Democratic Sen. Tammy Duckworth said Tuesday that she will stall votes on President Biden’s nominees in protest of his lack of Asian-American selections to cabinet posts.

Duckworth has the power to single-handedly tank contentious nominees in the evenly divided Senate, though some of Biden’s nominees have passed with significant Republican support.

“There’s no AAPI representation in the cabinet. There’s not a single AAPI in a cabinet position. That’s unacceptable,” Duckworth told reporters at the Capitol, using a term for Asian-Americans and Pacific islanders.

“President Biden will be the first president in 20 years without a cabinet secretary who is APPI,” she said.

Duckworth said she made her decision after White House deputy chief of staff Jennifer O’Malley Dillon made an “incredibly insulting” remark Monday evening after Biden spoke on a webcast with Senate Democrats.

Dillon, Biden’s 2020 campaign manager, allegedly suggested to Duckworth that Asian-Americans should be content with Vice President Kamala Harris’ role. Harris is biracial; her mother was born in India and her father is black and from Jamaica.

“To be told that, ‘Well, you have Kamala Harris, we’re very proud of her, you don’t need anybody else’ is insulting… last night, that was the trigger for me,” Duckworth said.

“But multiple times I’ve heard that. And that’s not something you would say to the black caucus, ‘Well, you have Kamala, we’re not going to put any more African-Americans in the cabinet because you have Kamala.’”

Duckworth said that “when I asked about AAPI representation… the first words out of the staff’s mouth was ‘Well, we’re very proud of Vice President Harris’, which is incredibly insulting.”

She confirmed to reporters it was Dillon who made the remark.

“I’ve been talking to them for months. And they’ve still not addressed it, so I am not going to be voting for any nominee from the White House other than diversity nominees — probably a ‘no’ on every one until they figure this out,” Duckworth said.

Duckworth, who was born in Thailand, said “I told them that this morning. So, hopefully they figure it out. Because I’m a ‘no’ everything other than the diversity candidates.”

Asked to clarify who she would support as a “diversity” candidate, Duckworth said, “I will vote for racial minorities and I will vote for LGBTQ, but anybody else I’m not voting for.”

She said that her protest encompasses judicial nominees and executive branch posts. In addition to being able to vote down nominees, individual senators can place “holds” that slow confirmation votes.

Duckworth’s protest of Biden’s nominees follows last week’s shooting of eight at Atlanta massage parlors. Six of the victims were Asian Americans and some see the killings as a possible hate crime, though suspect Robert Long, 21, denied racism and blamed his sex addiction.

The White House did not immediately respond to a request for comment.

Biden’s 15 cabinet secretaries are all confirmed, meaning there’s not currently a spot to fill with an Asian nominee unless Biden fires an office-holder.

Duckworth said she’s interested in Biden making “a commitment for a future cabinet secretary” or picking an Asian-American to lead the Federal Communications Commission or the White House Office of Management and Budget.

Biden’s failed nominee for White House budget director Neera Tanden, who is Indian-American, was withdrawn after senators objected to her on the basis of her attack-tweets targeting them.

Prior administrations have had Asian-American cabinet secretaries.