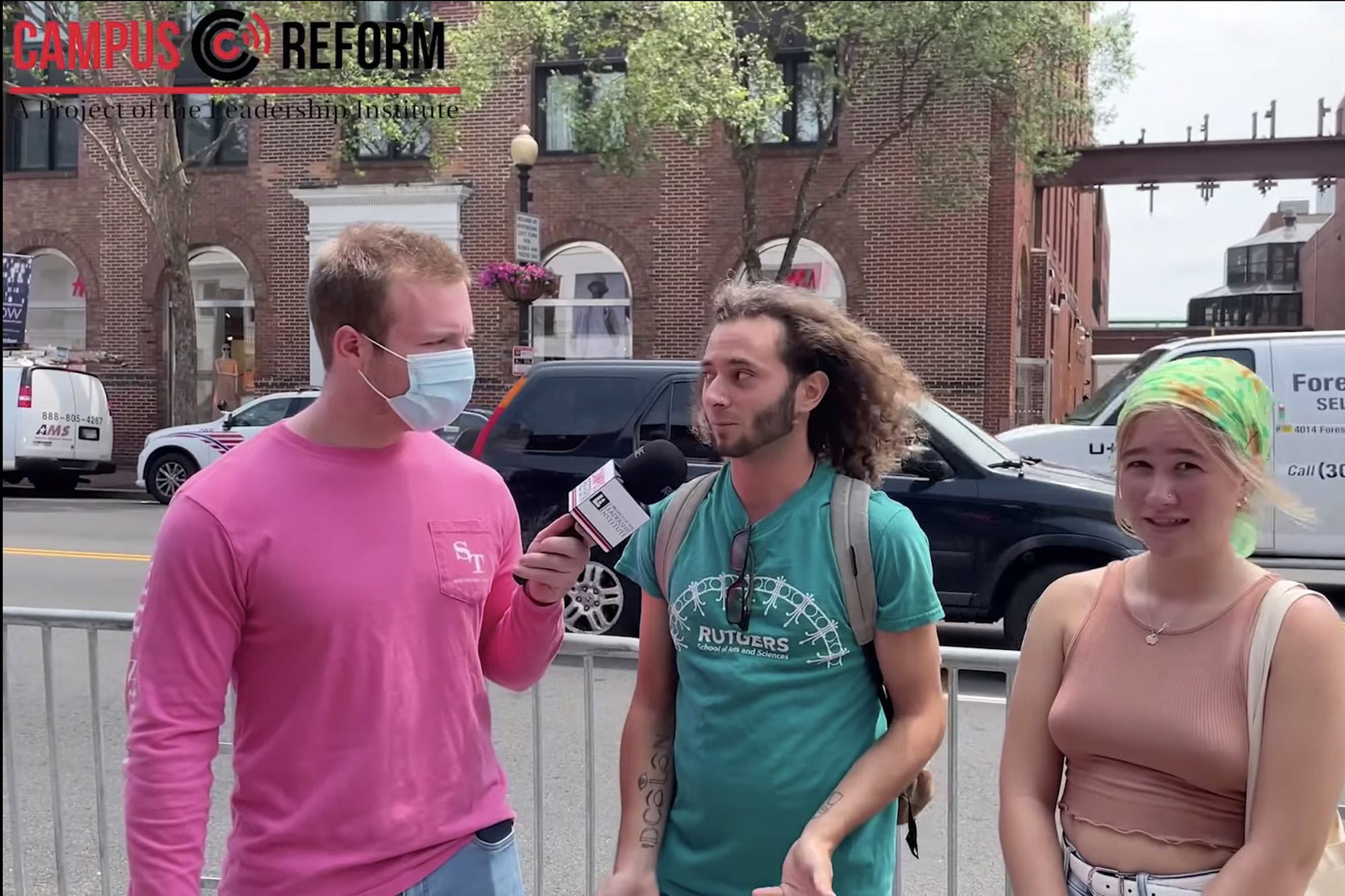 Some students and others walking around Georgetown in Washington, DC, were happy to sign a fake petition calling for Memorial Day to be canceled because it glorifies “American Imperialism.”

One young man signed the petition, authored by the conservative news site and higher-education watchdog Campus Reform, saying he thinks Memorial Day is “a celebration of US imperialism and colonialism.”

“It’s not an attack on any individual but more of a system,” he said.

Campus Reform interviewed the people who signed the petition in a video published on the outlet’s website in advance of the Memorial Day weekend.

The young man said he became anti-American after going to college.

“I didn’t really think in this way until I went to college and I took women’s and gender studies classes and that put me on this path where I’m like, ‘yeah, f–k the US.’”

“For me, I was on this spirituality-type journey where we’re all one or whatever, and what I was learning in social justice was the material analysis I needed to practice what I feel like exists on a spiritual plane in real, everyday life.”

He then says “yes, please,” when asked if the US should abolish the military.

A young woman in the video said Memorial Day “represents a lot of negative aspects of America and highlights something that people shouldn’t necessarily be proud of.”

“If we’re going to honor and celebrate the dead, I think it should be those who lost their lives to genocide in America,” she said.

Several other people signed the fake petition but admitted they did not fully understand what the country celebrates on Memorial Day.

One woman declined to sign the petition because she likes getting the holiday off but said it should be changed to something that celebrates “something worthwhile instead of imperialism.”