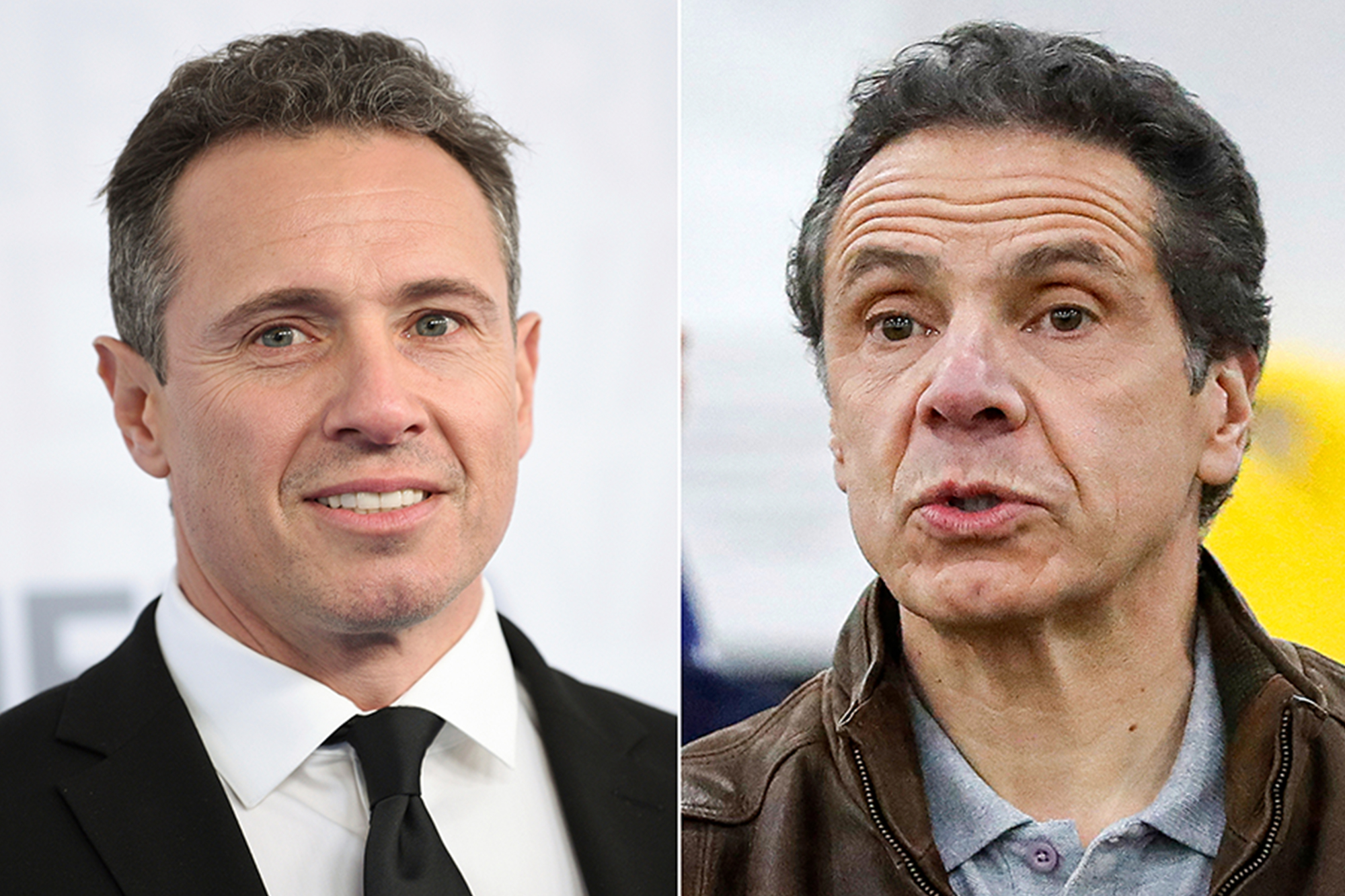 “Cuomo Prime Time” averaged 2.2 million viewers from March 20 to June 24, 2020 when the now-embattled governor regularly appeared on his kid brother’s program, often for light-hearted interviews. The show finished 2020 with a yearly average of 1.8 million viewers, making it CNN’s most-watched program.

“Cuomo Prime Time” has averaged only 1.6 million viewers since CNN said Gov. Cuomo wouldn’t be covered anymore on the program, a 28-percent drop from the three-month period in 2020 when he was a regular guest. Since CNN banned Chris from covering his brother, “Cuomo Prime Time” is also down 20 percent compared to its 2020 total viewership.

“Cuomo Prime Time” finished 2020 with a yearly average of 1.8 million viewers, which was CNN’s most-watched program, although behind 13 other Fox News programs and seven different MSNBC offerings.

Gov. Cuomo is now engulfed with multiple scandals that his brother cannot publicly discuss. He’s been accused of sexual harassment by multiple women and also faces charges of covering up coronavirus nursing home deaths in the state.

On Feb. 16, CNN told the Washington Post that Chris Cuomo would no longer be allowed to cover his troubled brother, whom he adoringly referred to as the “Love Guv.” The network claimed the rule had been in place since 2013 but an “exception” was made during the early months of the coronavirus pandemic.

The decline in viewers is even more stark among the key news demographic of adults 25-to-54, which is coveted by advertisers. “Cuomo Prime Time” has shed a staggering 42 percent of demo viewers since CNN reinstated its ban, compared to the days of prop comedy and loving banter between the Cuomo siblings.

Lindsey Boylan, the former deputy secretary for economic development and special adviser to the governor, penned an essay accusing Cuomo of sexual harassment on Feb. 24.

As sexual harassment accusations against Gov. Cuomo piled up, CNN’s Cuomo opened his program on March 1 by informing viewers he was aware of the situation but “obviously” wouldn’t cover it.

The proclamation raised eyebrows, as Chris Cuomo could cover his brother during sunnier times but “obviously” couldn’t report on the growing scandals.

'EU is virus and not vaccine!' Brexit Britain has humiliated Brussels, Eurosceptic says