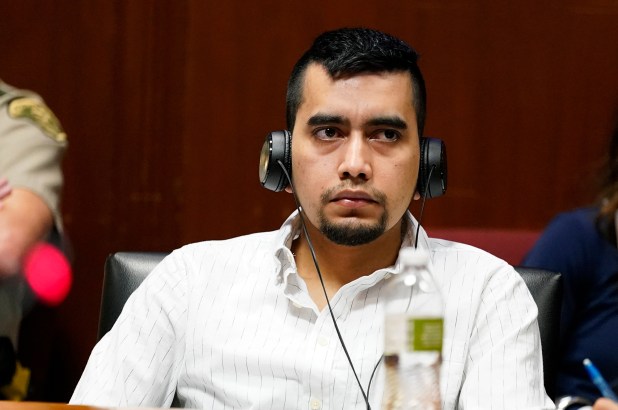 Cristhian Bahena Rivera listens as his attorney Chad Frese delivers his closing arguments in his murder trial at the Scott County Courthouse in Davenport, Iowa, on May, 27, 2021

An illegal Mexican immigrant working as an Iowa farmhand was convicted Friday of killing college student Mollie Tibbetts, who was knifed to death while jogging in 2018.

Cristhian Bahena Rivera, 26, was convicted of Tibbetts’ murder two days after he denied killing her during his trial in Iowa.

Bahena Rivera will be sentenced in July, the judge said Friday.

The convicted murderer had claimed on the stand Wednesday that two armed mystery men commandeered his car and ordered him to repeatedly drive by her until they got out of the car and killed her.

He said he discovered Tibbetts’ body in his trunk only after the two men ran off from his car. He admitted to dumping her body in a cornfield.

“I picked her up, and then I put her in the cornfield,” he testified, adding that he covered the body with corn stalks because he “didn’t want her to be too exposed to the sun.”

He insisted that he didn’t go to the police because he was “scared” since it wouldn’t have been “seen as good [or] right.”