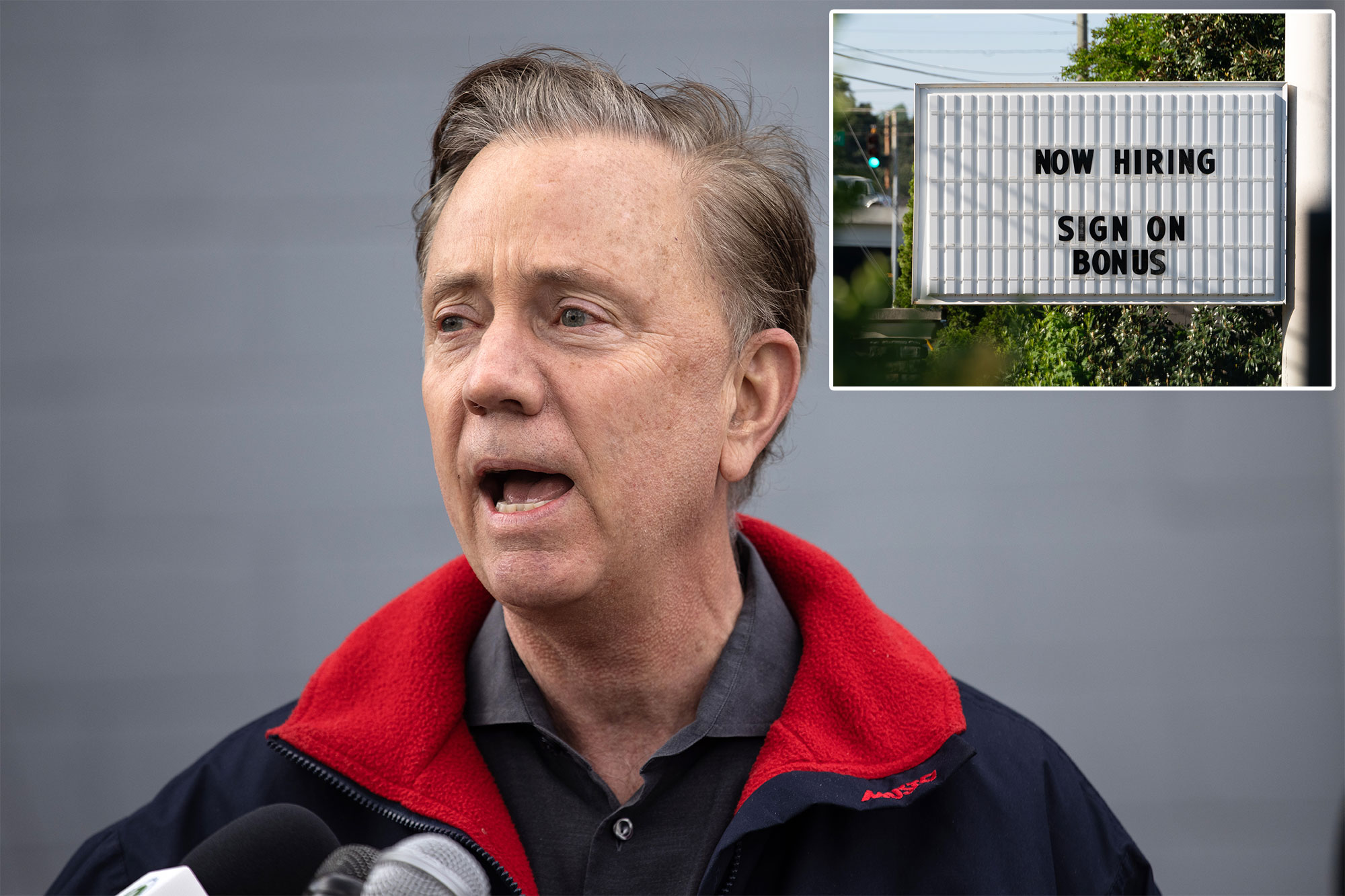 Add Connecticut to the list of states paying people who get back to work.

Democratic Gov. Ned Lamont announced Monday that up to 10,000 state residents considered to have been long-term unemployed will be able to sign up for a program that pays out a $1,000 “signing bonus” after applicants complete eight straight weeks of a full-time job.

“This is the latest tool in our toolbox to maximize our state’s recovery from the coronavirus pandemic,” Lamont said in a statement.

To be eligible for the payout, would be-workers must have filed an unemployment claim for the week of May 24, completed eight consecutive weeks of work prior to the end of this year, and not received unemployment during that eight-week period.

Connecticut added 17,000 jobs in the first three months of this year, but Lamont told reporters Monday that there are 65,000 job openings in the state as more coronavirus-induced restrictions are lifted on bars and other businesses. The Nutmeg State will join New York and New Jersey in lifting capacity, social distancing and most masking requirements for fully vaccinated people effective Wednesday.

State officials also say that work search requirements for unemployment recipients will be reinstated at the end of the month, as will pre-pandemic guidelines on what constitutes suitable work. However, Connecticut is not opting out of the federal government’s $300-per-week unemployment bonus program, which is set to expire at the start of September.

“Persuading people to give up one government benefit with promise of another one is a little like a dog chasing its tail …” he said in a statement. “The governor should instead follow the obvious path taken by nearly 20 other governors and opt out of the $300 weekly unemployment bonus program that employers say has made staying home a more lucrative option than rejoining the workforce.”

Connecticut is not the first state to offer one-time payments to formerly unemployed people who accept job offers and complete a certain number of weeks of work. Idaho offered up to $1,500 for workers in the summer of 2020. Earlier this month, Montana announced that previously unemployed workers who complete four weeks of full-time work would receive $1,200 payments.

The Man Behind Erdogan’s Worst Spat With the West: QuickTake

Over 50s will be able to have booster jabs earlier than...

The Man Behind Erdogan’s Worst Spat With the West: QuickTake

Over 50s will be able to have booster jabs earlier than...