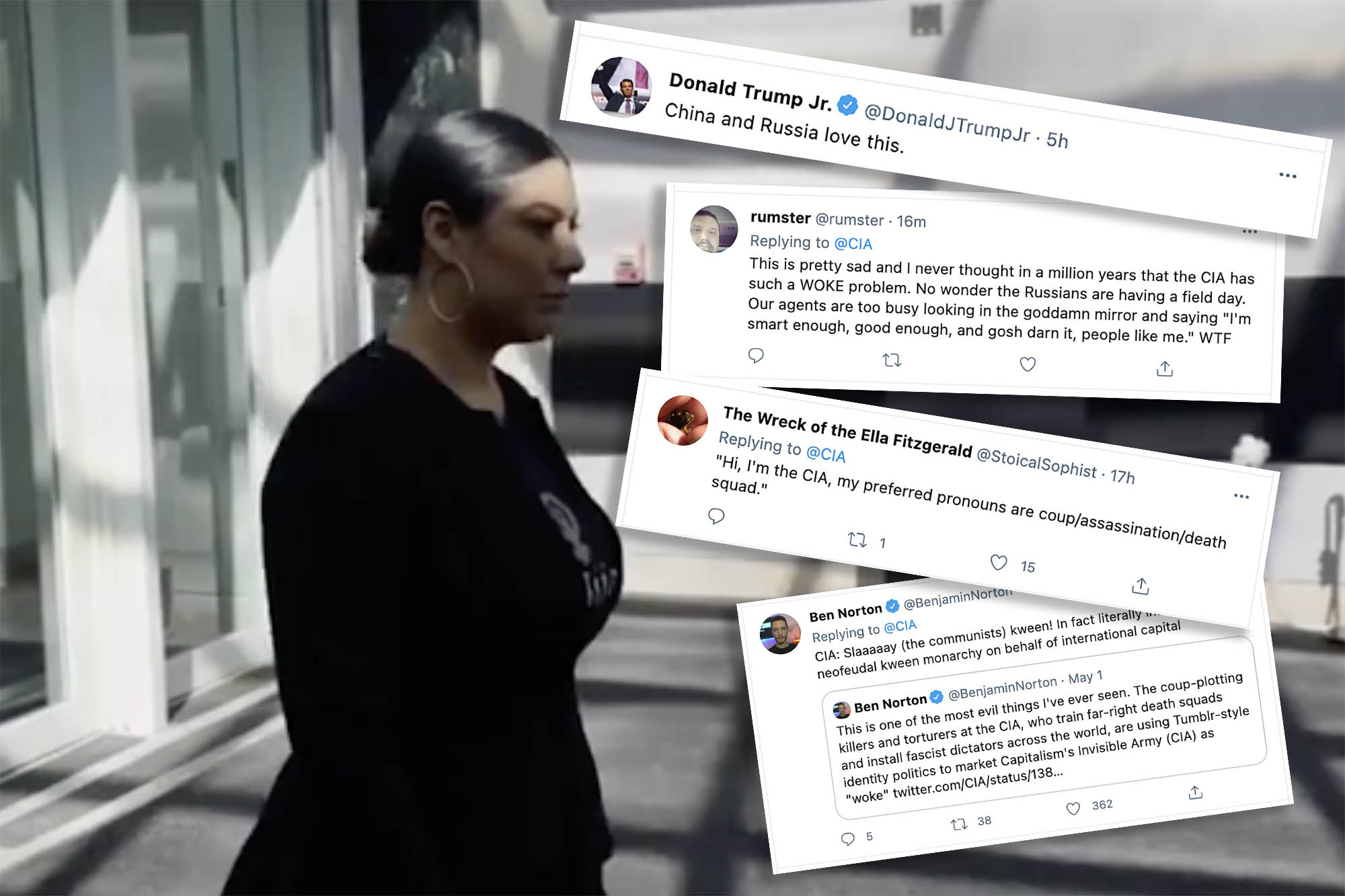 A gag-worthy CIA recruitment video, featuring an “intersectional” and “cisgender” Latina mom, has been panned by critics — who say it is “woke propaganda” gone too far.

The promotional video, posted on Twitter Wednesday, features a 36-year-old officer who ticked off a series of left-wing buzzwords before boasting that she can “wax eloquent on complex legal issues” while staying true to her Latin roots.

“I am a woman of color, I am a mom, I am a cisgender millenial who’s been diagnosed with generalized anxeity disorder,” she says, while dramatic string music plays in the background. “I am intersectional, but my existence is not a box-checking exercise.”

“I did not sneak into the CIA,” the agent, who says she has suffered from “imposter syndrome,” goes on.

“My employment was not and is not of a fluke or a slip through the cracks. … I am educated, qualified and competent.”

The two-minute video was widely mocked on social media.

“The CIA just released a recruitment video full of woke propaganda and America’s enemies are laughing their heads off,” conservative author and podcaster Dinesh D’Souza said.

“That our universities teach people to talk like this is a national embarrassment,” he tweeted.

Meanwhile, another critic claimed he was repulsed.

“i literally almost threw up,” he wrote.

‘Heartless grifter’ florist accused of scamming brides out of $50K

Lane Kiffin on Alabama recruiting: ‘They go to cherry-pick players’