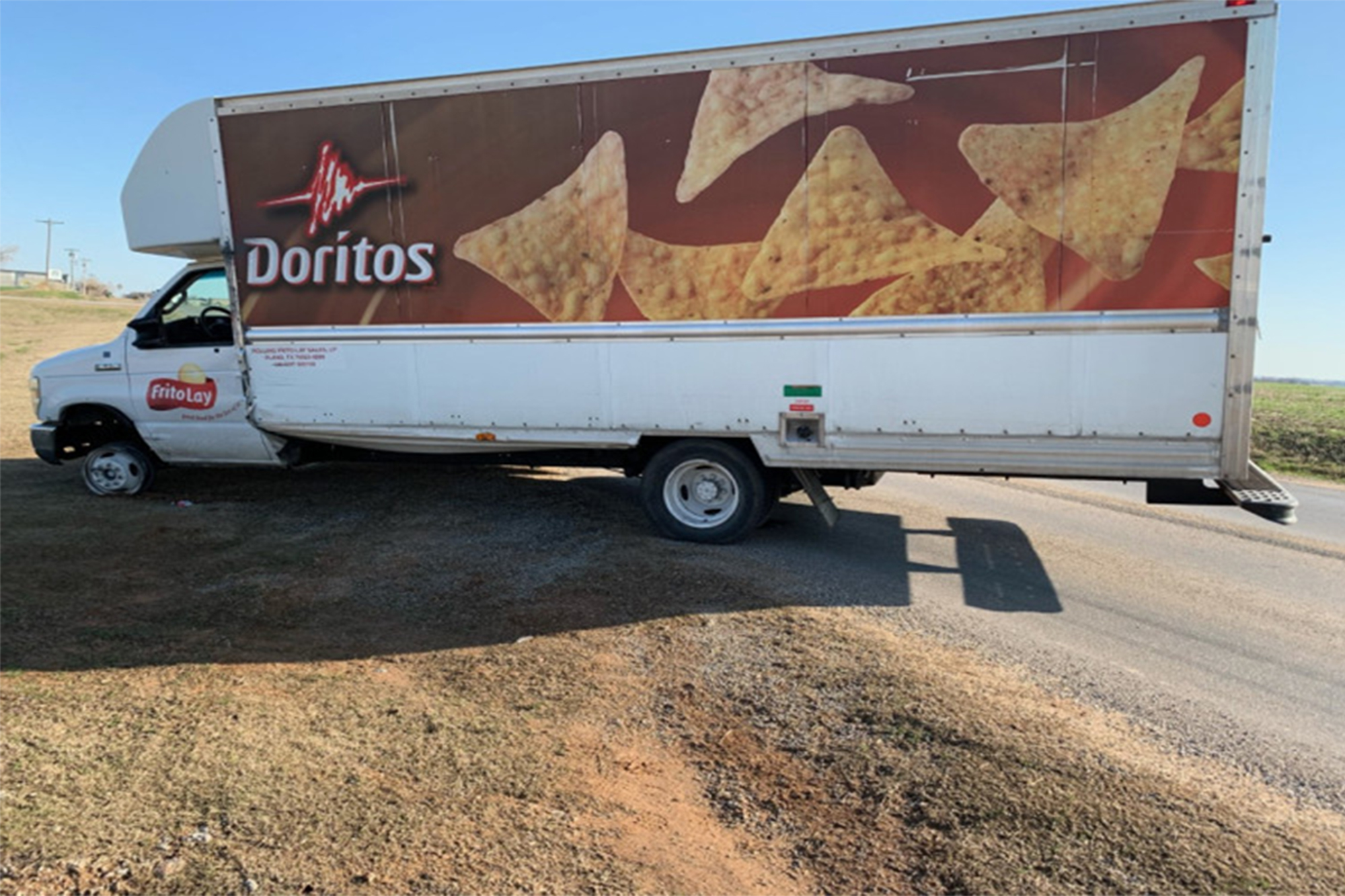 Maybe he just wanted to let the chips fall where they may.

Joshua Karpe, 34, allegedly hopped behind the wheel of a Frito-Lay truck in Oklahoma City and took off after the driver left it stopped at a gas station and went inside.

“I would love to know the motivation of stealing a truck that’s very, very easy to spot and doesn’t go very fast,” Capt. Jeff Spruill of the Oklahoma City Police told KFOR.com.

“What do you think you’re going to do with a truck like that?”

The truck is emblazoned on its side with an image of a bag of Doritos Nacho Cheese flavor chips — making it easy for police to keep it in sight as they chased it through three counties.

The chase went into crunch time in Enid, Oklahoma, about 90 minutes north of Oklahoma City, where Karpe allegedly sideswiped a patrol car.

Deputies shot at his tires — but still he kept going, police said.

He was eventually going so slowly that Enid officers were able to approach and simply ask Karpe to get out of the truck, according to the Enid News & Eagle.

He was arrested at that point without incident.