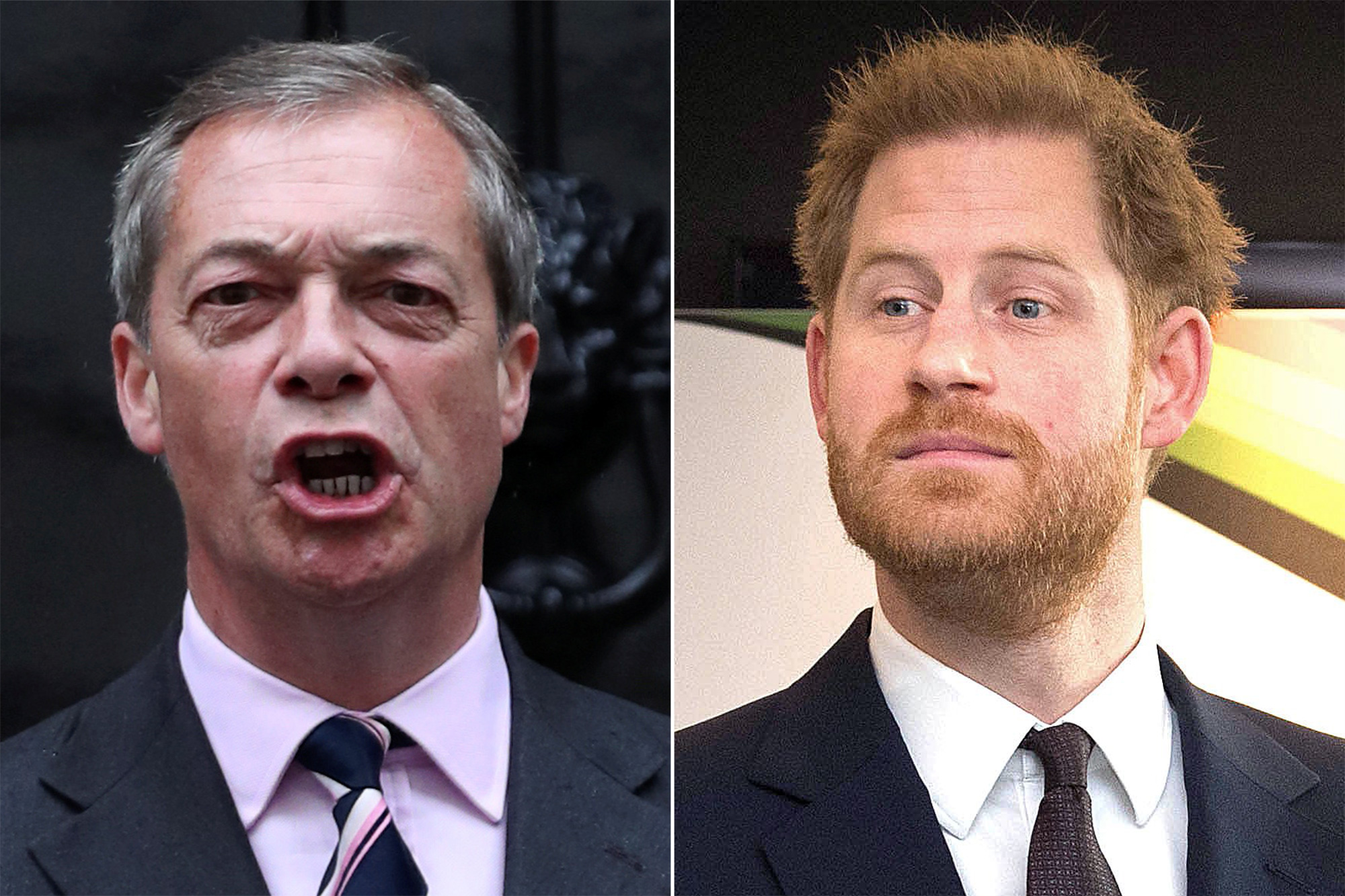 At least one Brit doesn’t think Prince Harry should rush home for his beloved grandfather’s funeral.

Brexit leader Nigel Farage yanked up his welcome mat in a tweet slamming Harry and wife Meghan Markle for their terse statement on the death of Prince Philip Friday at age 99.

“For a couple that do public emotion as a career, this third person and one sentence statement shows their contempt for this great man and the monarchy,” Farage tweeted Friday.

“The British public will not welcome Harry and Meghan back, even for the funeral,” he added.

Buckingham Palace confirmed Saturday that Prince Harry, 36, will indeed make the trip home for the first time in a little more than a year to attend Prince Philip’s funeral — and that Markle won’t be with him.

The heavily pregnant Markle, 39, who is due to give birth to the couple’s daughter this summer, will stay home in California on her doctor’s advice — even though she flew to New York for a baby shower while seven months pregnant with son Archie in February 2019.

Just admit it! Angela Merkel told to be honest over compulsory vaccine plan

India news: India runs out of space in morgues as people wander streets for hospital beds