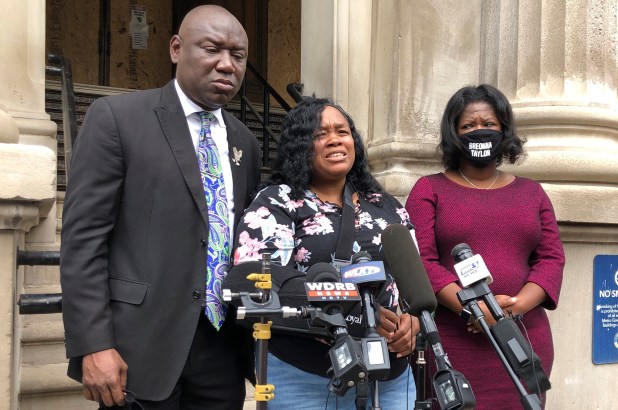 The mom of Breonna Taylor slammed a Black Lives Matter chapter as a “fraud” in a since-removed social media post.

“’I have never personally dealt with BLM Louisville and personally have found them to be fraud, (state Rep.) Attica Scott another fraud,” Tamika Palmer wrote on Facebook.

Taylor, 26, was shot and killed by Louisville, Ky., police in March 2020 during a botched drug raid, her death one of several at the hands of police that inspired Black Lives Matter protestors to riot in cities across the United States last year.

Palmer’s savaging of BLM comes just days after The Post reported BLM co-founder and avowed Marxist Patrisse Khan-Cullors had snapped up at least $3.2 million in real estate, while eyeing other exclusive properties in the Bahamas.

Scott, singled out in the post, has been one of the state’s leading proponents of a ban on no-knock police warrants. Taylor was killed during a no-knock raid on her apartment. The City of Louisville paid Taylor’s family $12 million in September following a wrongful death suit.

“I’ve watched ya’ll raise money on behalf of Breonna’s family who has never done a damn thing for us … talk about fraud,” Palmer wrote. “I could walk into a room full of people who claim to be here for Breonna’s family who don’t even know who I am … I’m so sick of some of y’all … I’m done with this s##t enough is enough.”