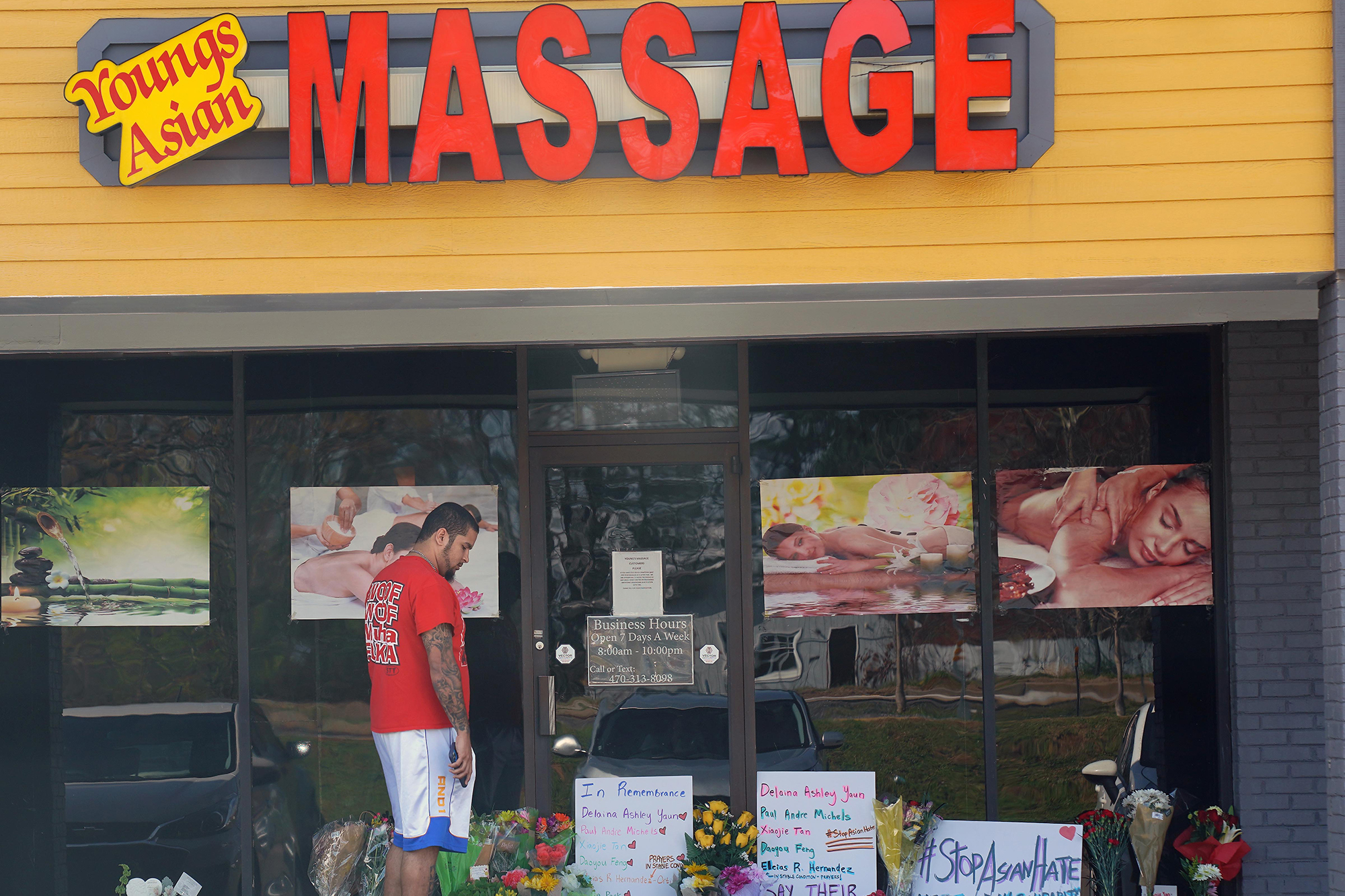 One of the masseuses killed in the deadly rampage at three Atlanta-area spas saved her clients’ life in her final moments, a report said.

Marcus Lyon, 31, said he was a first-time customer at Young’s Asian Massage in Acworth, which was one of the sites of the shooting spree, news station 11Alive reported.

About two minutes into his massage appointment Tuesday, he heard the first gunshots.

“When I first heard the gunshot go out, I got back up,” he told the outlet.

“The [masseuse] got in front of me and was like ‘wait, wait, wait,’ telling me to hold on for a second.”

The woman then opened the door as Lyon dove to the ground and used a massage bed to shield himself from the gunfire.

“Once I hid behind the bed, I heard another gunshot and I saw her fall. She got shot in the head,” he said.

“I could see her bleeding out. From there, I keep hearing more gunshots go off.”

He credited the unidentified masseuse with helping him survive the shooting.

“I felt like she kind of saved my life,” he told the outlet.

Hyun Jung Grant, Soon Chung Park 74; Suncha Kim, 69; and Yong Ae Yue, 63, were later killed at two salons across the street from each other in Buckhead, officials said.

Police have charged 21-year-old Robert Aaron Long in connection with the killings.

Lyon said that he considers himself “lucky” that he made it out alive from the massacre.